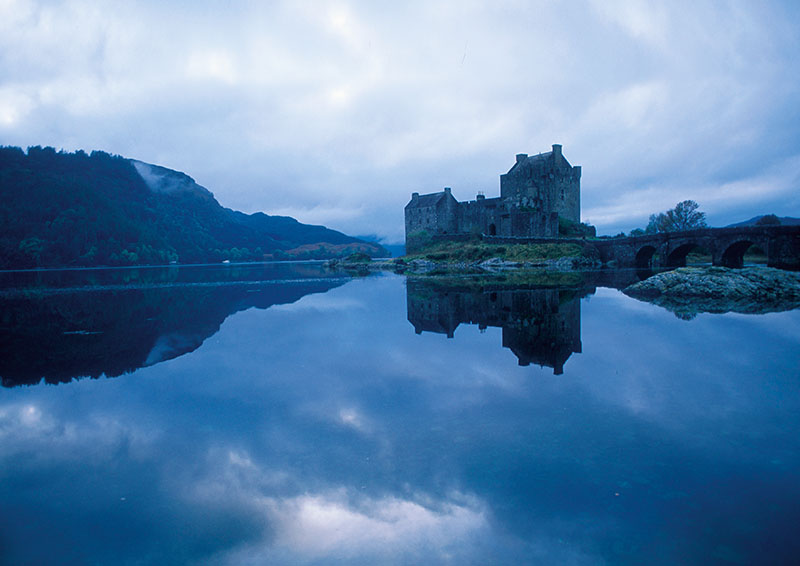 The night sky is pitch black and there are no other cars on this forlorn road, high on the Scottish moor. Only me – and a lone red deer that I spot hillside, alert and tense from my shining headlights. Beyond the curve an iridescent glow reveals a distant farmhouse but as I head towards Ballachulish Bridge its inviting radiance soon fades to darkness.

I pull over to get my bearings, perhaps to search out other souls. At that moment, a rogue gust of wind swirls around me, deliberately, as though it is beckoning. I then hear the clanking of heavy metal swords and shields. A stirring of bagpipes. Wee whispers of Gaelic. Clearly the wind is playing mind tricks. I’m on the road that intersects Glen Coe, a formidable wind-seared basin that slices through the western Scottish Highlands.

Though the bright lights of Glasgow are just over two hours away – as the crow flies, it’s a different Scotland out here, as much a state of mind as anything else. Punctuated by serrated mountains that rise like warriors from an ancient rift and a torrent of river that tumbles into Loch Leven, it is a merciless region of wild grandeur where only the robust Scot thrives.

The author, Charles Dickens once described Glen Coe as “a burial ground of a race of giants.” A stronghold of Scottish lore, it is also a place where battle scars run deep. At the Clachaig Inn, Ian Macdonald settles in to tell me of the infamous Glencoe massacre. 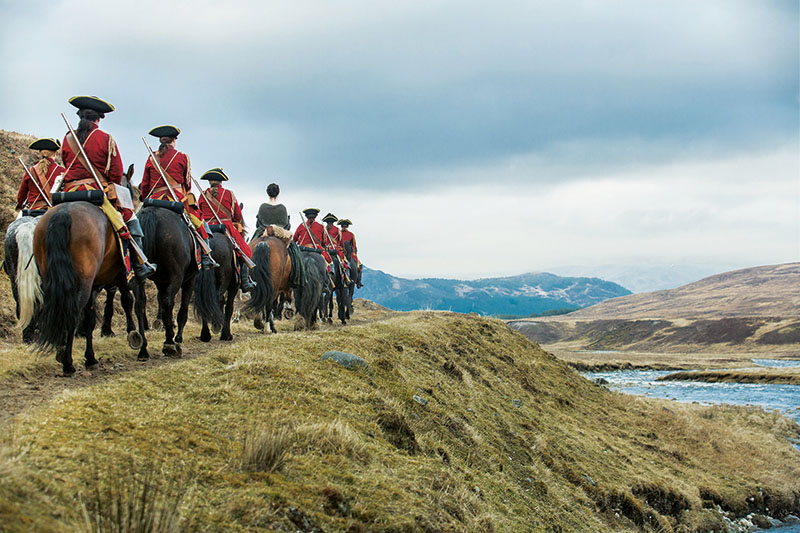 On a blistering cold day in 1692, the Campbells of Argyll – loyalists to the Hanover crown, slaughtered 38 members of Clan Macdonald in an act of chilling treachery. After Glencoe, it was ‘buaidh no bàs,’ he says which translates into ‘victory or death’ – Highland clans driven to restore Stuart rule after the “Glorious Revolution” of 1688 toppled the last Scottish monarch on the throne.

“Glencoe was a precursor to Culloden in many ways,” Ian laments of the legendary clash that followed. “The battle not only was the beginning of the end for the Jacobites but our way of life, our clan culture. But Highlanders we were and in many ways, who we remain .”

I move away from the sad conversation to talk about this beautiful, pocket corner of Scotland. The patchwork of island villages that dot the shorelines of Oban, St Iona and Skye – the most picturesque with its fairy pools and vertical rock formations shrouded in mist.  The sheer scale of The Great Glen which traces an ancient fault line on the northern stretch of road from Fort William. The romantic hideaways that reveal cascading waterfalls, fresh-water streams, and stony ruins –  none more hauntingly beautiful as Eilean Donan on Loch Duich.

Not surprisingly, all roads in the Highlands lead to Inverness, the region’s official gateway, where across the River Ness, the city spills into a modern flow. Home to the famous Scottish Kiltmaker Centre, a bastion of clan culture and kilt making, Inverness is also just a short drive from the desolate moors of Culloden, a name that incites emotion with every Scot.

Then there are the city’s fortresses – some resting in gritty silence, others humming with busloads of tourists – and of course, the serpentine Loch Ness Monster, which is said to rise from the waters near Urquhart Castle’s rocky promontory. 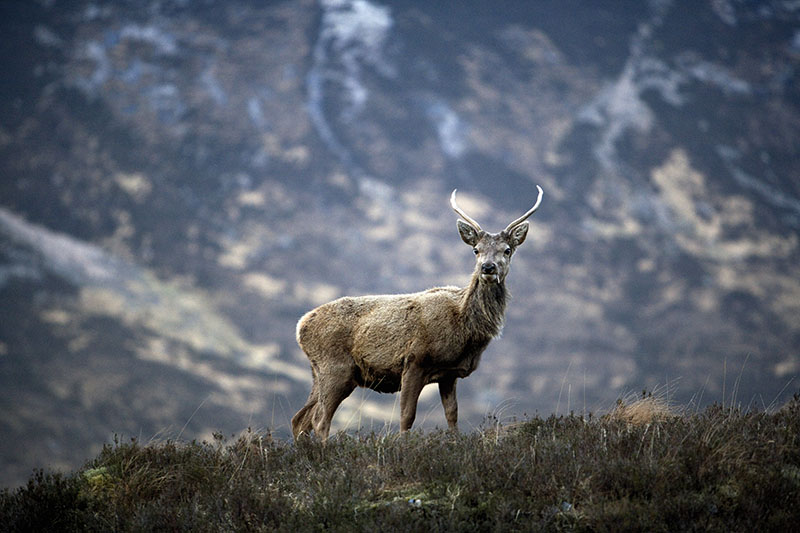 Another road from Inverness leads me to Cawdor Castle, immortalised by Shakespeare as the stronghold of Macbeth.  As I step out of the car to take in intoxicating views of bucolic fields and verdant grounds I notice Cawdor’s imposing turrets, drawbridge and moat – the very embodiment of unbroken stewardship and a customary site throughout Scotland. But it is not until I meander around the walled garden of green topiary and golden holly trees – planted in part to drive away the mythical demons, witches and fairies that haunt the Highlands, do I get a true sense of its owner’s yearning to be nowhere else.

It is a familiar story I hear from place to place – of Scotland’s endless struggle with her southern neighbour; the genesis of its politics and for several centuries, the cause of a bitter conflict for the throne. Yet as I traverse the windswept islands of the Hebrides and Argyll, I soon discover that the country’s heritage goes beyond the near 800-year power struggles with England, long before the Norman and Roman invasion – way back in time to the arrival of the Celts and Beaker people some 6000 years ago.

It is in the chilly waters of the Firth of Clyde where I take the ferry across to Arran, and travel back in time to the world of Scotland’s Druids.

Not far from the road, a pathway leads me to a series of Neolithic standing stones – tall, ancient boulders that cast ghostly shadows across the island’s blustery moor. Touching the stones, I linger here in the fading light, as if I am drawn to another age – even before the marauding Vikings claimed many of Scotland’s islands as their own.

Over in the tranquil hamlet of Brodick, I leave behind all notions of pagan rituals to talk about the neighbouring Isle of Islay’s distilleries, where Glasgow-native, Alastair Baker is about to embark on his annual whisky pilgrimage.

“Islay is known in Gaelic as ‘usige beatha’ – meaning ‘water of life’, which pretty much sums up the whisky,” he happily tells me. I soon learn that sentiment extends to every hardy Scot. 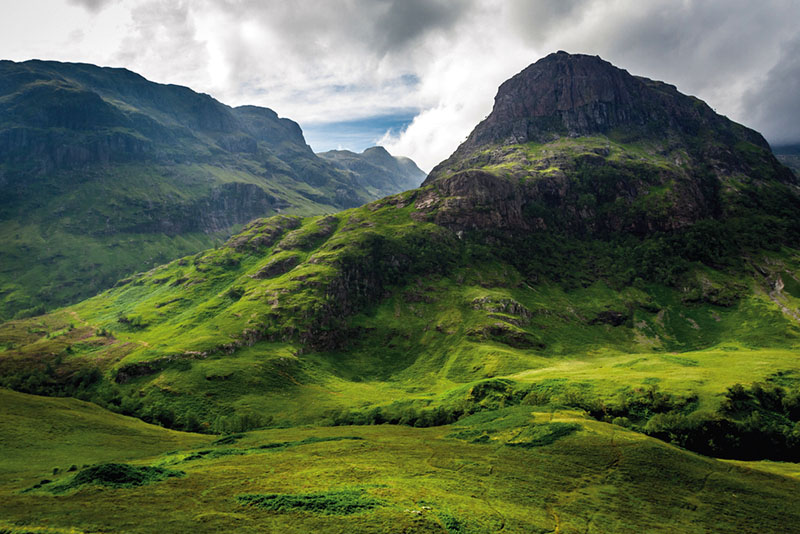 Over a fiery dram at the Clachaig Inn’s laid-back Boots Bar, Ian Macdonald attests Scotland’s fevered obsession with the drink. “Whisky is to the Scot what wine and champagne are to the French,” he says before explaining the various distinctions in flavour like a veritable connoisseur. We continue our chatter on Scotland’s food – the tantalising bill-of-fare at Inverlochy Castle and Gleneagle’s Andrew Fairlie, the fervour behind the Scottish referendum  – and ghosts.  As anyone will tell you, paranormal sightings are legendary in Scotland. As the bar’s pot belly stove begins to spit and crackle in rhythm with the siren flames, I ask the inevitable.

“Oh aye,” smiles Ian. “In Glen Coe and anywhere in Scotland for that matter. You feel the spirits and in some places, some say you see them.”

He tells me about the spine-chilling hauntings at Stirling, Edinburgh and Glamis Castles – and at Glen Coe, where on the mountain pass that trails from Loch Leven, it is said that members of the slain Macdonald clan crouch amongst the shifting mists. Why only Scots I ask? “Perhaps there are some wee Redcoats as well,” Ian answers back with a grin.

Ah, yes, the English – or rather, ‘Outlander’, a name familiar to those who have either watched the television drama or read Diana Gabaldon’s eight-book series — a fantasy world that cleverly captures a symbolic time in Scotland’s turbulent history through the eyes of a time-traveller. And this is the bygone world that many come to see.

“One of the selling points of the book is its authenticity, and I wanted to capture that,” says Outlander’s executive producer, Ronald D. Moore, who left his Northern Californian base to set up production in Glasgow. “As a storyteller and a producer, I want the audience to believe in the world we’re creating. That’s why it was so important to shoot here. There is a particular quality to the light, the grass, even the trees. The landscape itself is a character in the show.” 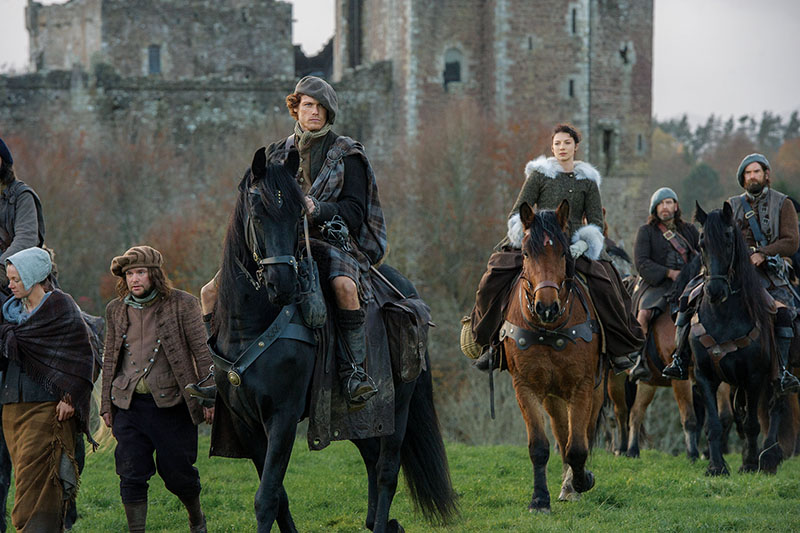 It is Doune Castle, a 14th century Stuart stronghold near Stirling that Moore transforms into Castle Leoch, one of the mythical citadels at the heart of Gabaldon’s story.  His  200-strong crew and a cast of hundreds also spent months shooting additional scenes in The Royal Burgh of Culross, Blackness Castle, Hopetoun House and the imposingly wild, Cairngorms – a mountainous corridor of unforgiving peaks and windswept glens that can reduce even the hardiest of outdoorsmen to tears.

It’s for that very reason that I drive south to the capital, with an insatiable desire to experience some of Scotland’s more gentle pleasures.

Of course, Glasgow lays claims to a vibrant art scene and eclectic mix of shopping venues.  Edinburgh on the other hand, is a place where I find myself spending hours exploring the Georgian-terraced streets of New Town and the labyrinth of cobblestone roads and alleyways that fan across Old Town.

Like so much of the city, the neighbourhood is filled with tempting historic trappings, especially along The Royal Mile, a medieval thoroughfare that starts at Edinburgh Castle and winds its way down hill to the Palace of Holyroodhouse, the official Scottish royal residence.

Past the gates, I join the throngs of people who have gathered to view the royal apartments and bedchambers of Mary Queen of Scots – a place I discover, is a time-traveller’s rapture. As I ascend the steep spiral stairs, I resist the urge to touch the walls; the very stones that witnessed a turbulent period of Scottish history – and a brutal murder. It was in the outer chamber room where Mary’s private secretary and alleged lover, David Rizzio’s life came to an abrupt end; stabbed 56 times by her jealous husband’s co-conspirators.

As I mark the spot where his lifeless body turned the stone floor to crimson, the ominous sky outside becomes dark and the heavens open up in a swirl of rumbling clouds.  As if on cue, Edinburgh’s weather casts an unsettling spell over the palace. 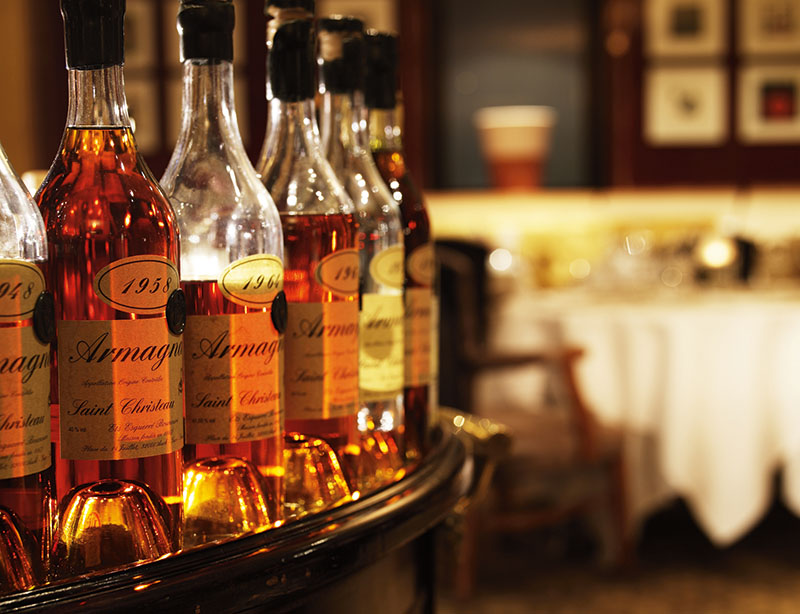 For a moment, I think I feel Mary’s silky touch. Or is it the soft, muted voices of her Ladies in Waiting that I hear? I look around to see other visitors shifting nervously.

I travel back in my mind to Glen Coe, the blood-soaked moors of Culloden and of the hushed ruins which nurture clan secrets and crushed dreams of Stuart rule. My eyes then return to the encased possessions from the Scottish queen’s all-too-brief reign; her jewels, documents, portraits and embroidery from the years she spent in English captivity.

Like the phantom clans that haunt the Highlands, her aura is everywhere in the room – a milieu that is the essence of Scotland’s indomitable soul. •

When to Go
All year-round though in the winter months, the days are shorter and the weather is cold.