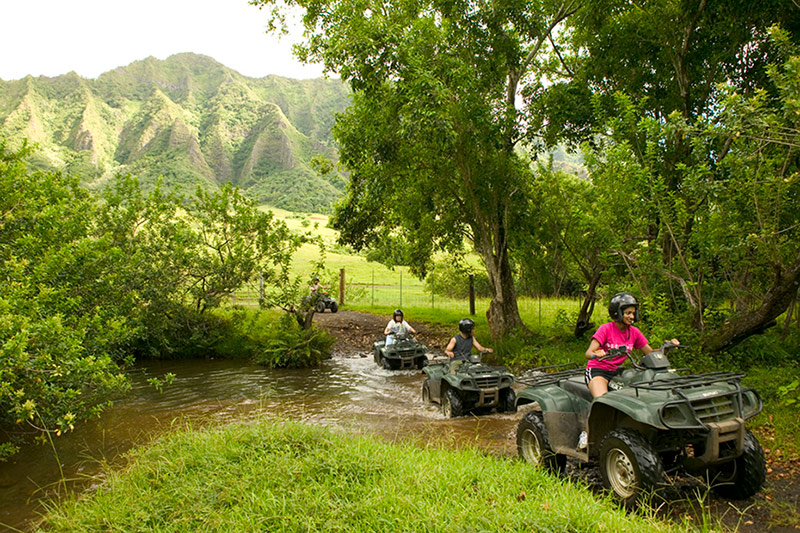 Most people travel to Hawaii for the surf and sunshine. But film aficionados might also appreciate the fact the landscape has played a starring role in blockbusters such as Jurassic Park, Kong, Skull Island, Godzilla, Hawaii 5.0, 50 First Dates and Lost.

Rumble in the jungle
In addition to running Jungle-Jeep Expedition Tours and Secret Mainland Beach Activities, Kualoa Ranch Private Nature Reserve hosts the uber-popular Hollywood Movie Sites Tour of Ka’a’awa Valley, known as Hollywood’s “Hawaii Backlot”. More than 50 of Hollywood’s biggest blockbuster movies and TV shows were filmed in the valley, including some Elvis classics shot in the 1960s. 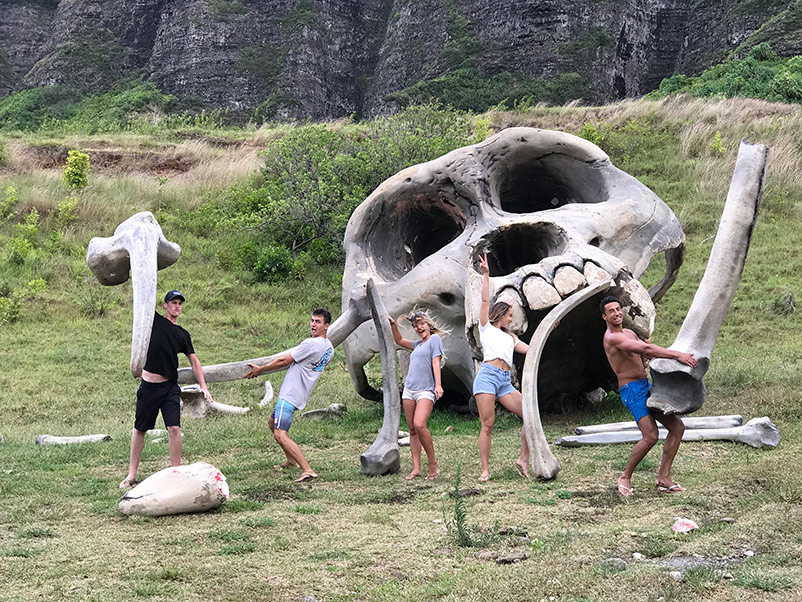 Jurassic jaunt
Take a selfie at the infamous Jurassic Park fallen tree, follow in Godzilla’s footprints, see the Windtalkers’ battlegrounds and visit several other locations including the famous “penguin” road site from 50 First Dates, the road site from You Me & Dupree, the house structure from Mighty Joe Young, and numerous Hawaii Five-O and LOST areas, such as Hurley’s golf course. 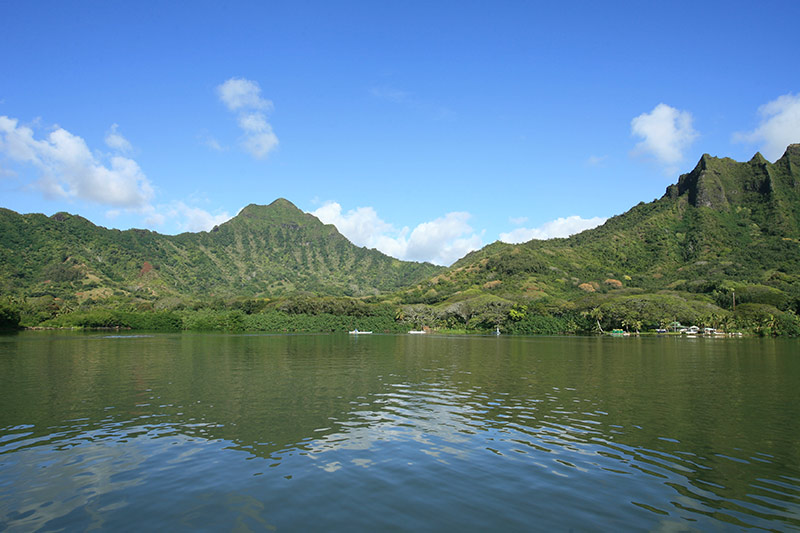 What lies beneath
Many movie buffs on the tour have gone behind the scenes while a movie is in progress. The tour bus also stops at an amazing World War 2 army bunker, built entirely into the side of the mountain range. Delve into the bunker to find movie posters, props and memorabilia from lots of the movies filmed at Kualoa through the years, as well as World War 2 artefacts. The Kualoa tour also steers visitors to Hakipu’u Valley rainforest and Moli’i fishpond gardens.  kualoa.com 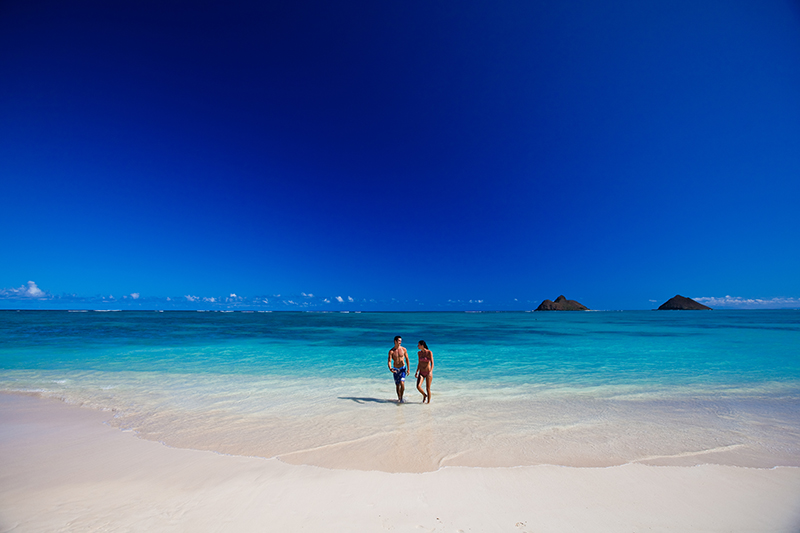 TRAVEL FACTS
Getting there
Hawaiian Airlines flies daily from Sydney and three times weekly from Brisbane to Honolulu with connections to Hawaii’s neighbour islands. Fares from Australia include a free checked baggage allowance of 64kg per person (2 x 32 kg bags), complimentary meals, drinks and entertainment. Note: There will be a seasonal increase in Brisbane-Honolulu services of up to four flights weekly from December 10, 2018 through to January 8, 2019.  hawaiianairlines.com.au

How to support those in need during the Australian bushfires