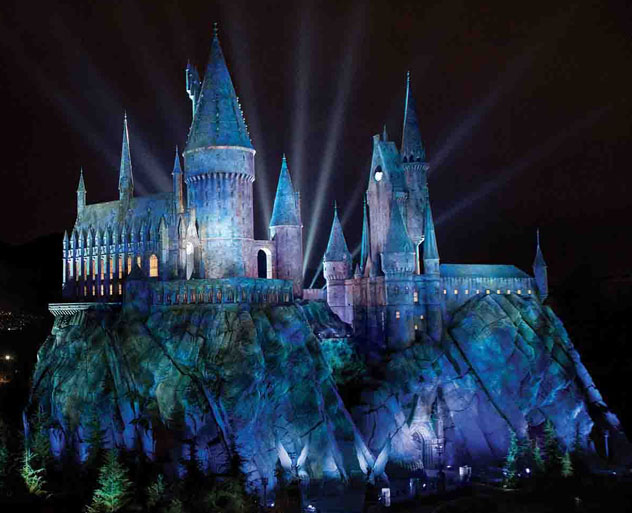 Los Angeles will be casting a spell on all who visit from April onwards, with the long-awaited opening of The Wizarding World of Harry Potter at Universal Studios Hollywood on 7 April, 2016. More than five years in the making, “The Wizarding World of Harry Potter” has been masterfully recreated with impeccable detail as a real-world interpretation at Universal Studios Hollywood. Upon entering the land through the archway, Hogsmeade will be bustling with merchants hard at work, a train conductor welcoming new arrivals and a pub packed to the gills with hungry patrons. The highlights will be the signature ride, “Harry Potter and the Forbidden Journey,” and the family outdoor coaster, “Flight of the Hippogriff™.” “Harry Potter and the Forbidden Journey” will make its U.S. debut at Universal Studios Hollywood in hyper-realistic 3D-HD designed to further immerse guests in an already engaging storyline. The multidimensional thrill ride features a groundbreaking robotics ride system, fused with elaborate filmed action sequences and immersive visceral effects. In this updated adaptation of the ride, guests will sport Quidditch-inspired 3D goggles as they venture through journeys experienced by Harry and his friends, spiralling and pivoting 360-degrees along an elevated ride track on a whirlwind adventure of a lifetime. Also within “The Wizarding World of Harry Potter,” the enchanting family coaster, “Flight of the Hippogriff™” will open as Universal Studios Hollywood’s first outdoor roller coaster. Buy a wand at Ollivanders, have a butterbeer and stock up on magical treats at Honeydukes.