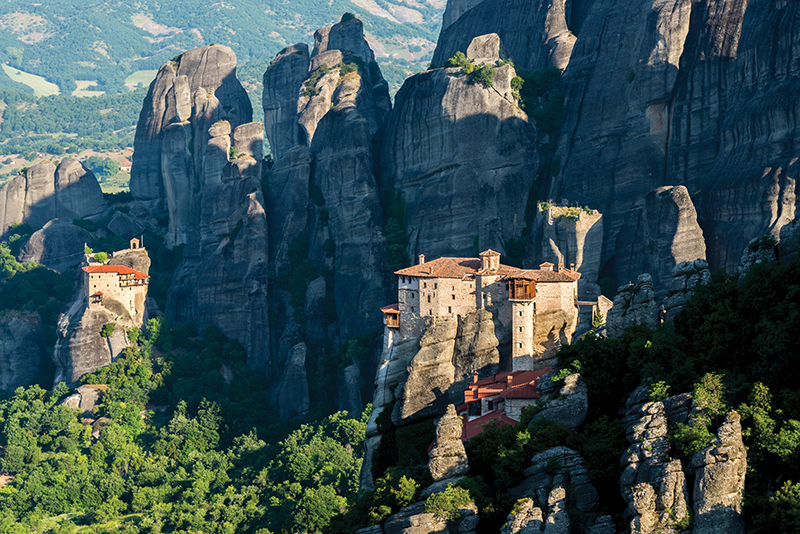 In Greece’s heart, sit the monasteries of Meteora, six incredible buildings that have stood the test of time, perched on top of rugged sandstone peaks that jut out of the green valley floor like giant teeth.

These six Orthodox monasteries are the only ones remaining of 24, that were somehow constructed by monks on top of almost vertical rock walls from the 14th to the 16th centuries, and are now World Heritage listed. Pictured here is the Roussanou Monastery built in 1529 on top of older buildings, and features incredible wall frescoes.

The jaw-dropping monasteries are perched above the town of Kalambaka, and can be easily accessed from Athens.