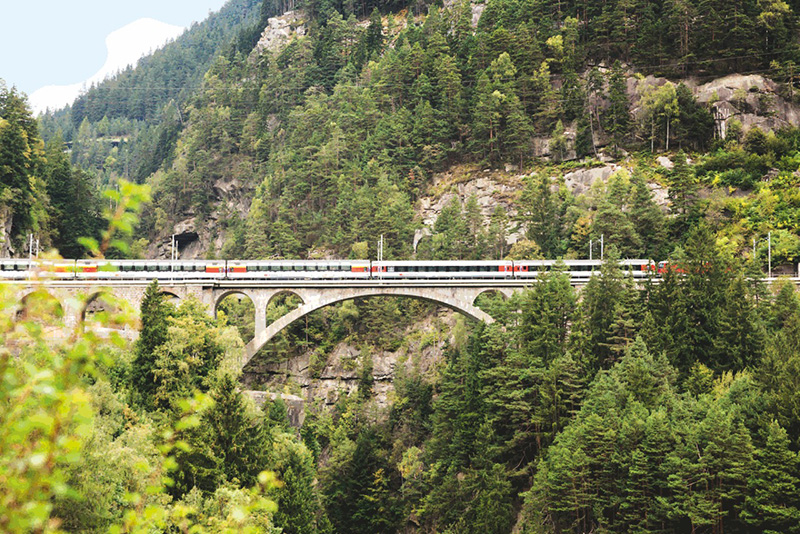 After 17 years in the making, the longest train tunnel in the world is set to open on December 11.

At 57 kilometres, the new Gotthard Base Tunnel runs through the Swiss Alps at a depth of up to 2,300 kilometres, linking Erstfeld in the north of the Alps to the southern portal of Bodio, in just 17 minutes, with the reduced travel time bringing surrounding towns, regions and cross-border countries that much closer to each other.

Furthermore, the Ceneri Base Tunnel in the Ticino, which is currently under construction as an important southern feeder to the Gotthard Base Tunnel, will be complete in 2020, reducing the travel time between Zurich and Milan to less than three hours.

A pioneering masterpiece of modern, sustainable railway engineering, the tunnel is an outstanding example of Swiss precision planning, innovation and efficiency, and is expected to lead the way in ecological evolution, as it is powered by hydroelectricity, resulting in a thoroughly sustainable journey along the north-south axis through one of Europe’s largest environmental protection projects.

From the end of 2016, travellers and rail enthusiasts will be able to experience both pioneering projects through the mythical mountain massif by taking the Gotthard round-trip where they’ll link the classic Alpine train travel of yesteryear dating back to the 19th century to the newly completed state-of-the-art 21st century route.