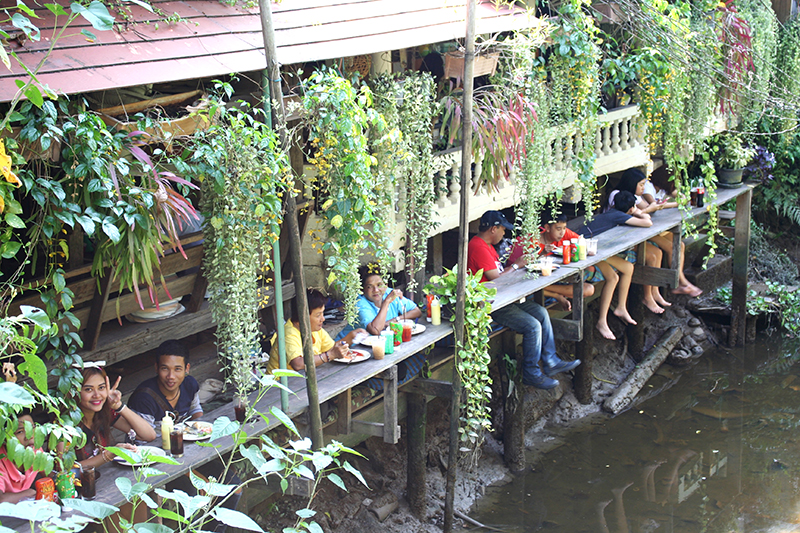 Bangkok’s growth in recent decades has been startling, and anything but organic. It has been a surge forged in steel and concrete, as a pancake-flat city – its average elevation above sea level is 1.5 metres – it has headed relentlessly skywards and outwards, gobbling up swathes of neighbouring provinces.

However, Bangkok is also home to expansive green areas that soothe the soul, offering an antidote to the crowds and the noise and the frantic traffic. And, please note, here be dragons.

Lumpini Park is Bangkok’s most unexpected urban oasis. It sits in the heart of the city’s business district, and all that most visitors will see is the greenery and the lakes as they speed past on the elevated BTS Skytrain. But more than most places, Lumpini deserves your time. 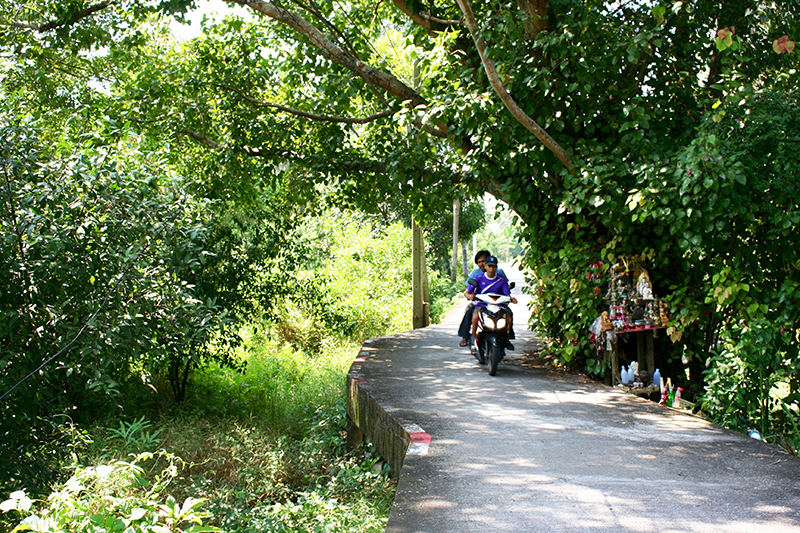 There are wide, meandering walking paths throughout its 57 hectares, beneath trees that have been growing long before Lumpini’s establishment in the 1920s as a place for rest and recreation for the people of Bangkok. Two large lakes sit at opposite ends of the park, with swan pedal boats for those with enough stamina to tackle the city’s heat and humidity.

In the relative cool of the morning and evening, the park comes alive. Joggers plod along the sealed paths, Tai Chi exponents perform their rituals on wide stretches of grass, a few local Arnold Schwarzenegger-wannabes pump iron on the old-style gym equipment, and ballroom dancers practice in various open areas. The pervading atmosphere is of calm and quiet, with the city’s roar all but forgotten. 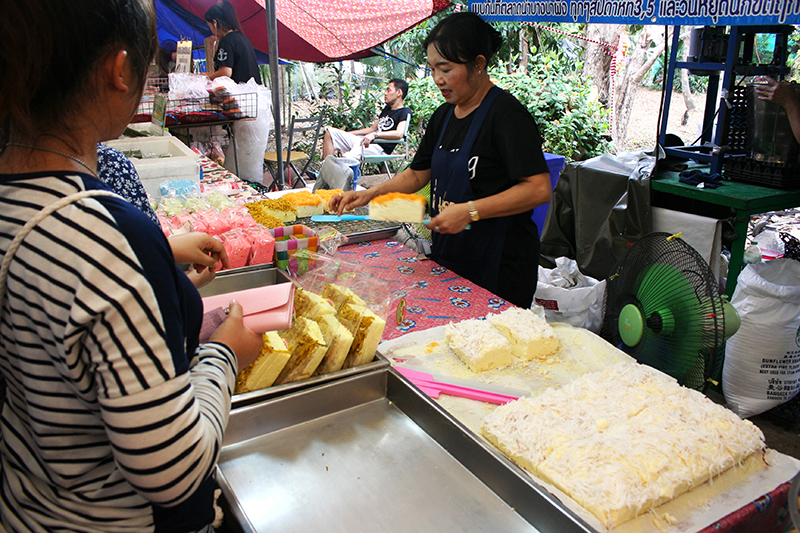 But it’s only when you let your eyes and your mind settle that you notice Lumpini’s most famous residents – its water monitor lizards. You will find them in and around the lakes, swimming sinuously or sunning themselves on the banks. Many are a metre long or more, and nothing gets the heart started quite like almost stepping on a camouflaged lizard as you wander lazily about.

Ko Kret is an island in the Chao Phraya River, 20 kilometres north of Bangkok, that was settled in the 18th century by Mon people from central Thailand (and originally from Burma). They brought with them a distinctive brand of Buddhism and crafts including pottery, which continues to be created on Ko Kret to this day.

Most of the island is given over to small-holding farmland – with a busy and popular craft brewery a notable exception to the rural atmosphere – and it is a wonderful place to walk, as there are no cars (and only a few motorcycles). It’s possible to rent bicycles, but a slow stroll around Ko Kret will only take a couple of hours. 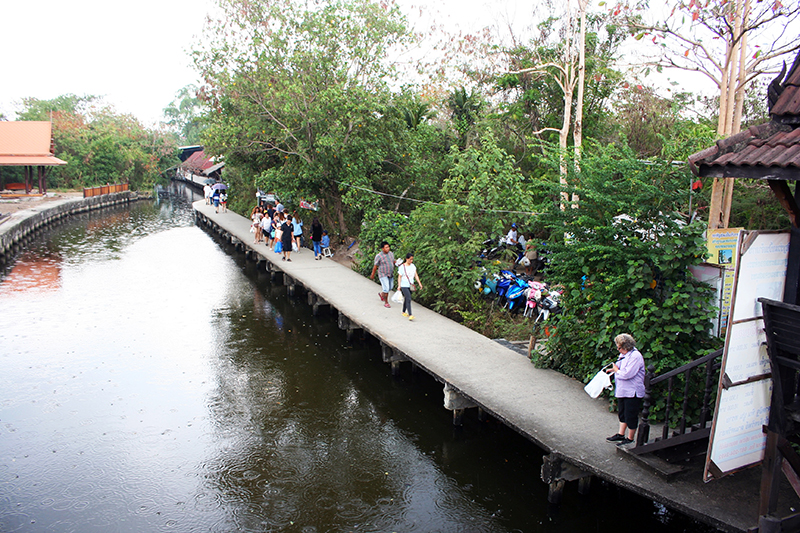 Along the way – there is essentially one road – you will pass temples, a leaning stupa that is Ko Kret’s most distinctive sight and resembles a half-collapsed meringue, ancient wooden homes, small schools, rice paddies, banana plantations and tiny grocery shops set up on the roadside.

The island is a sleepy place during the week, but comes alive on weekends when a busy market springs up close to the main pier. It spreads for several hundred metres along the banks of the river, with almost anything you can imagine up for sale, from clothes and household goods to tacky souvenirs, Mon pottery, flowers and plants, soaps and candles, and cheap jewellery. There is also a great array of street food to enjoy. It’s cramped and sweaty, but lots of fun.

Every Sunday there is a ferry service from central Bangkok that includes a guided tour of Ko Kret, but it’s more fun on any day of the week to take the standard ferry to Nonthaburi, grab a taxi for the short ride to Sanam Neua Temple, and then catch a longtail boat to the island. 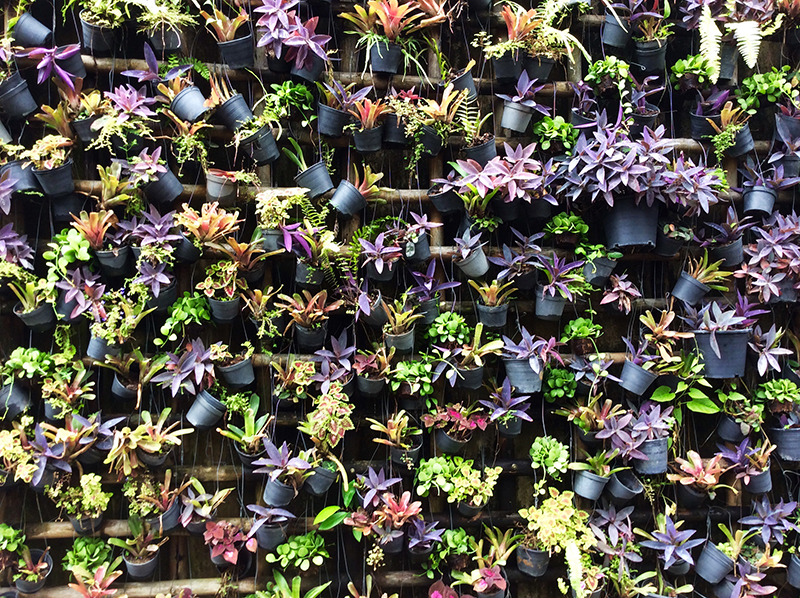 Bang Krachao is somewhat fancifully described as Bangkok’s “green lung”, because its shape seen from above vaguely resembles the internal organ. It may or may not look like a lung, but green it is, its 16 square kilometres full of orchards, farms and gardens, with its 40,000 residents dispersed widely, and no buildings more than two storeys high. It sits on the Thonburi side of the river opposite Bangkok’s docks, as the river curves extravagantly almost back on itself, and you can get there either by longtail from the Bangkok side at Khlong Toei Pier or by road.

Bikes are available for rental, and you can pedal for hours along quiet roads and narrow elevated concrete pathways where you dodge sleeping dogs and dismount when someone comes the other way, lest you end up in a canal or grassy ditch. The eco-friendly Bangkok Tree House, which is situated by the banks of the Chao Phraya, is both an extraordinary hotel and pitstop for a refreshing drink or a quick meal. 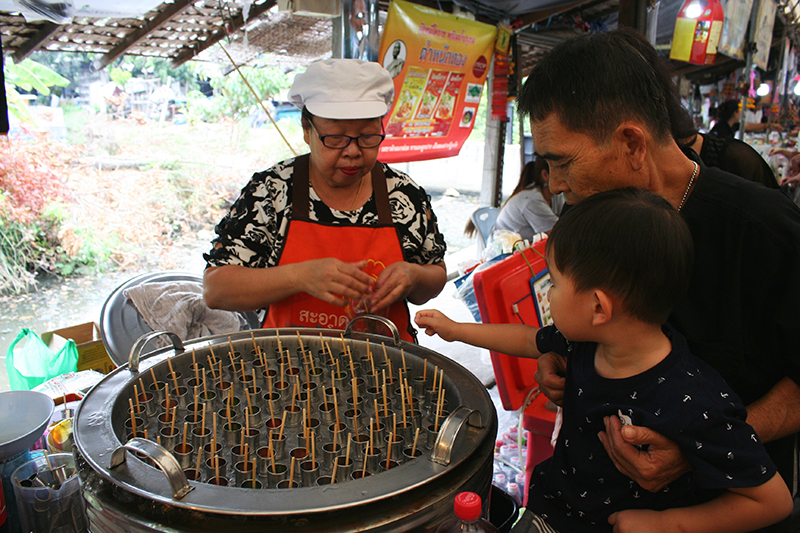 Like Ko Kret, Bang Krachao’s somnolence is disturbed a little on weekends, when the Bang Nam Phueng Floating Market operates. It operates on both sides of the canal, with the ‘floating’ appellation due only to a handful of vendors who use moored sampans to cook meals for casual restaurants.

Here you can fire a slingshot at tin cans strung from trees, have your face slapped and rubbed (in the nicest possible way, by the inventor of a traditional medicine – Ribbin Brand Herbal Yellow Oil – who believes in ambush marketing of the most direct kind), watch the creation of sugar-sweet Thai desserts, have your weary muscles kneaded by steel-fingered masseuses, and wander past hundreds of trestle tables groaning with items for sale.

If you’ve walked or cycled through Bang Krachao and its Sri Nakhon Kuen Khan Park, you’ve earned a meal at one of the many tempting restaurants – perhaps a plate of roasted duck or pad thai, with a side dish of fiery som tam (papaya salad), and a refreshing beer. 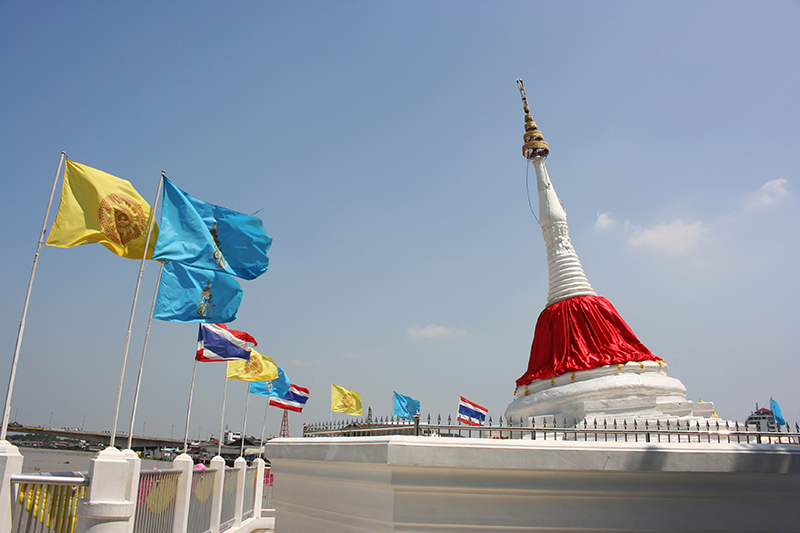 And finally, if you need a quick break from the clamour of central Bangkok, head to the riverside and negotiate a longtail boat tour of the Thonburi side of the river and its backwaters. There will be expansive stretches of greenery where some of the last farms in central Bangkok can be found, interspersed with tumbledown shacks, glittering temples and shops, as you cruise along the canals that once threaded their way throughout the city. This remains the real, essential Bangkok – and long may it prosper. •

Getting around
Bangkok’s streets are choked with traffic, but its public transport is exceptionally good. Metered taxis are cheap, but endure the traffic jams. Tuk-tuks can weave through the tangle of cars, buses and trucks, however rip-offs are not uncommon and you need to bargain a fare. Best by far are the Skytrain, MRT (subway) and Chao Phraya River Ferries, all of which are inexpensive, clean and efficient.

When to go
Bangkok’s tropical heat is relentless, but the period from November to February is less humid and generally dry, and evenings are pleasantly cool. The hottest months are April and May, and the wettest are from July to October.

Where to stay
• Sofitel So Bangkok is a luxury hotel with fine views over Lumpini Park, and all the ‘So’ brand’s quirkiness. Staff wear Christian Lacroix uniforms, and rooms are decorated in four distinctive ‘elements’ of water, metal, wood and earth. The rooftop bar is a great spot for cocktails, and Park Society is one of the city’s most renowned fusion restaurants. +66-2/624-0000; so-sofitel-bangkok.com
• VIE Hotel Bangkok MGallery by Sofitel is a boutique-style property of 154 rooms that sits close to Bangkok’s key shopping areas. It is just a couple of minutes’ walk to the Ratchathewi Skytrain station, which gives the hotel outstanding access to the city’s attractions. La VIE French restaurant often hosts Michelin-starred guest chefs, and the hotel’s sushi bar is regarded as Bangkok’s best. +66-2/309-3939; viehotelbangkok.com