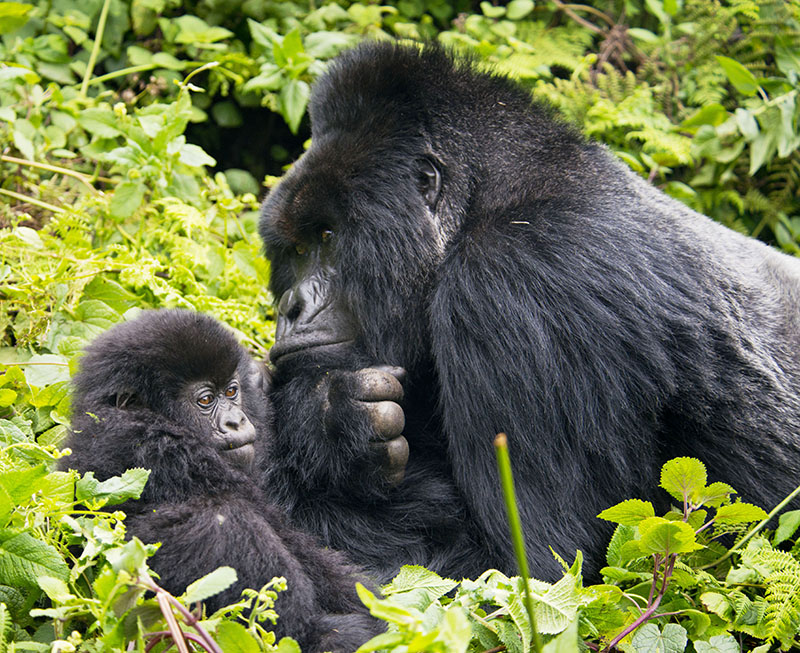 Our driver from Kigali International Airport introduced himself as Bosco and told us he combined driving with his passion for coffee. Bosco also tells us that he trains local baristas and has his own coffee shop. Somehow this was a story we weren’t quite expecting in East Africa.

Kigali is the capital of Rwanda and, as we drove across town, Bosco asked us if we noticed anything in particular. We replied that the streets were so clean. He related with pride that, on the last weekend of every month, everyone in Rwanda from the President down engages in civic projects as an act of unity. 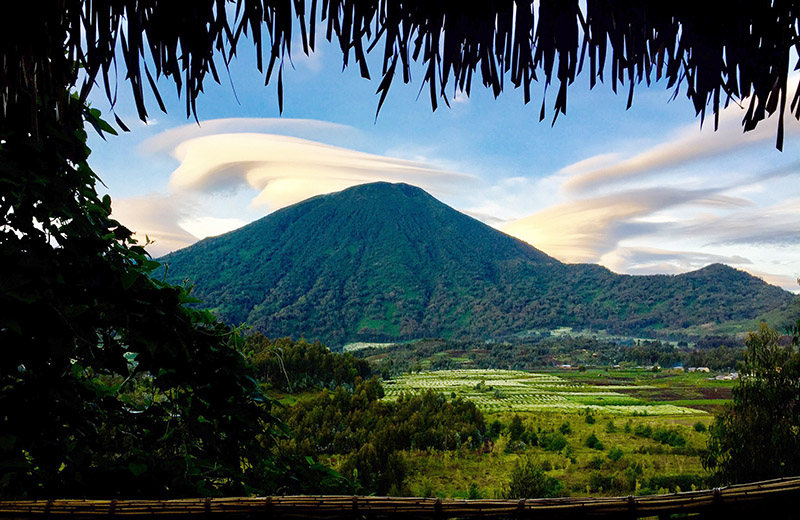 Of course, it was not always that way. In 1994 the world looked on in horror as an estimated 1 million Tutsis and moderate Hutus were slaughtered here in just 100 days. It seems inconceivable that those who survived the massacre may today be working alongside those who killed their families and friends. But they do.

“We sunk to such depths and we know how bad things can be,” a local woman told me. “As a nation we’ve resolved to remember what happened and to ensure it never happens again. We’ve done that through forgiveness and working together as a community.” 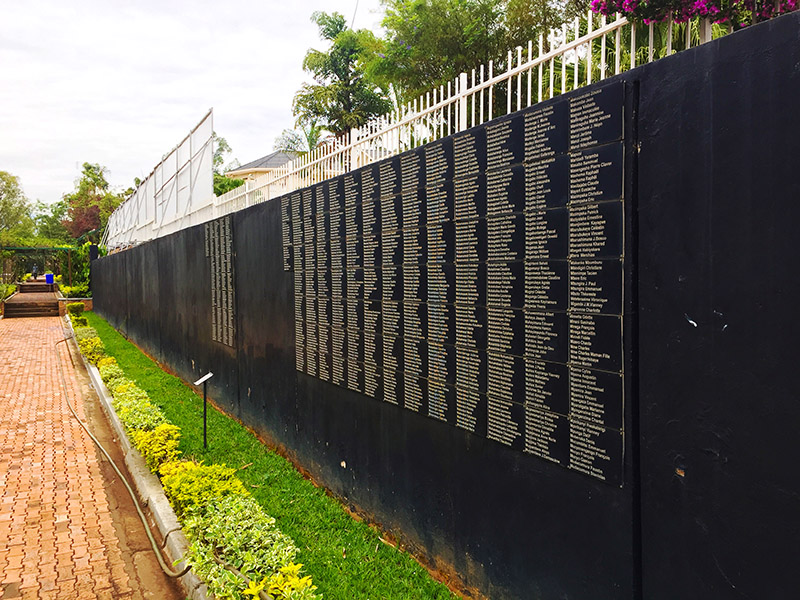 There are memorials in every town but the gardens of the Kigali Genocide Memorial hold the remains of more than 250,000 victims. The memorial display is extensive and harrowing and the revelation of the role of colonial rule in the conflict and the complete lack of action by the rest of the world during the slaughter is heartbreaking.

The memorial also reveals how the modern, corruption-free, gung-ho and exciting modern Rwanda has arisen from the chaos. Crowded Kigali is remarkably clean and cared-for and new businesses are thriving. The UK Independent recently proclaimed: “Why Rwanda is the Next Travel Luxury Hotspot.”

I was in Rwanda to see one of the most obvious examples of the new luxurious Rwanda. Wilderness Safaris recently opened Bisate Lodge, which instantly became Rwanda’s most spectacular accommodation. The design of the lodge is based on the King’s Palace of Butare and it is unashamedly luxurious with a staff of 40 serving a maximum of just 12 guests in six private villas. Actor Harrison Ford was an early guest of the lodge, which opened in July 2017. 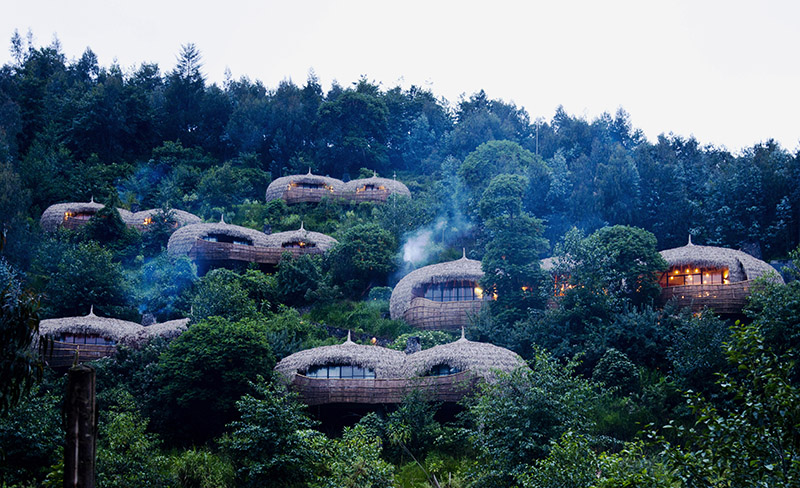 The lodge perfectly balances luxury with a rustic atmosphere so it really feels like a bush escape. The décor and staff uniforms are distinctly Rwandan and the view from the lodge to the volcanoes across the valley is spectacular. Like the gorilla trekking we’re here for, there are a lot of steps to be climbed.

At Bisate, everything is included – from all meals and wine to a much-needed massage after gorilla trekking. Staff even fitted the provided gaiters while you are finishing a pre-dawn breakfast before trekking and a fire was always burning in our villa when we returned to the mountain lodge. 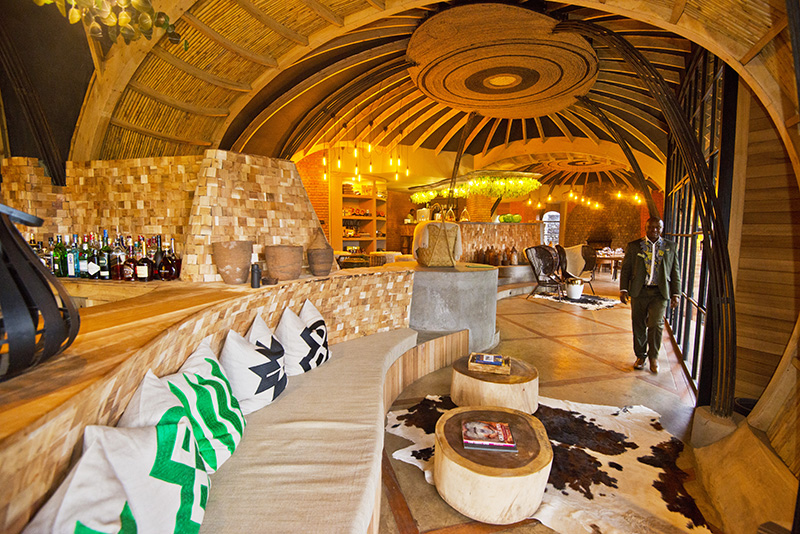 Bisate Lodge, in its entirety, is remarkable. Combined with its nearby neighbours, the gorillas, it’s a remarkable wildlife experience. An early Facebook review stated that the reviewer had wanted to visit the mountain gorillas for her entire life but after settling into her Bisate villa she loved it so much she wasn’t sure she ever wanted to leave, gorillas or not.

On the Gorilla Express
Rwanda’s gorillas live on the rugged lower slopes of the volcanoes that form a rampart with Uganda and the Congo on the other side. The park is about three hours by car from Kigali along a good, but narrow, winding road. The well-beaten path is known locally as the Gorilla Express. 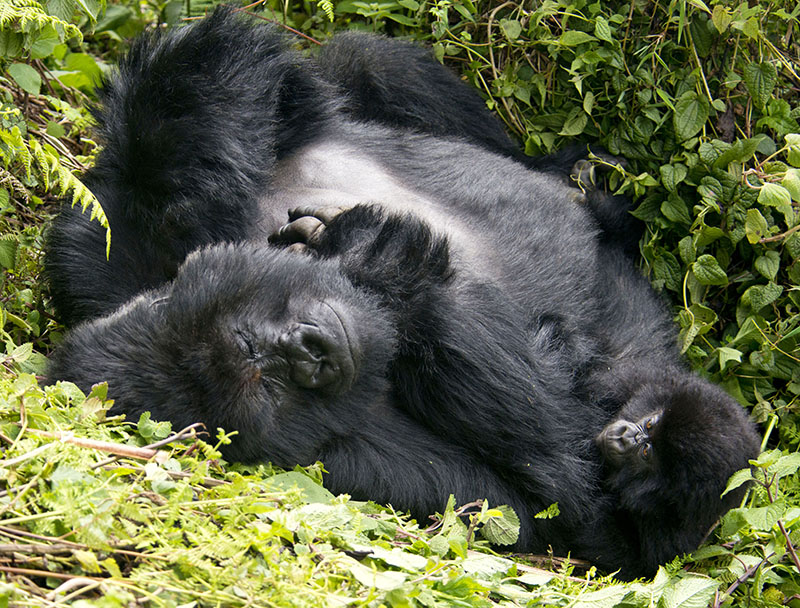 The thriving visitor industry is very well regulated, closely monitored and expensive. In May this year the cost of a one-day gorilla permit rose to US$1500 (AU$1876 at the time of writing) from US$750 (AU$938). There are about 10 groups of gorillas that are habituated to visitors and the uphill walk/scramble with guides and porters to reach them can take from an hour to five hours or more. It’s successful: Rwanda’s gorillas are the only group of endangered primates in the world with a growing population.

Visitors are set a seven-metre limit in approaching the gorillas but often the dense jungle brings you much closer – and gorillas frequently ignore the limit anyway. A silverback stepped on my foot while chasing a rival away. 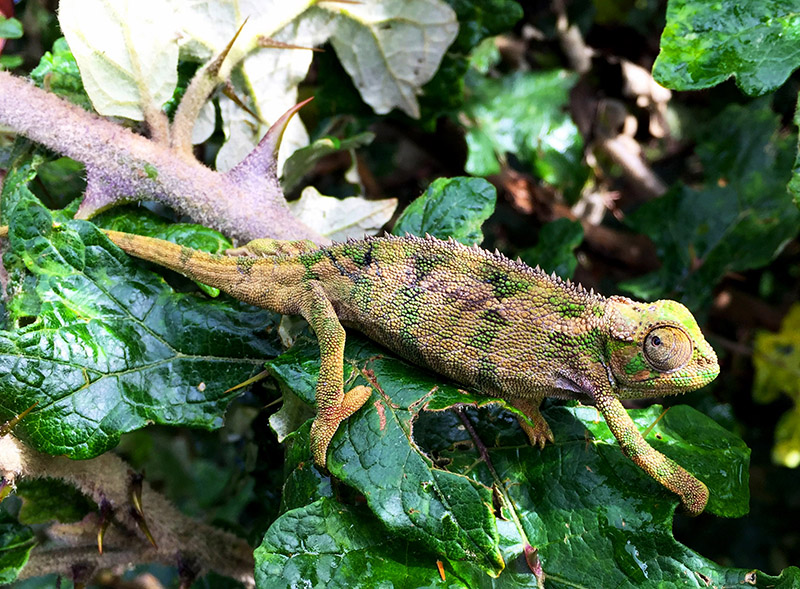 It’s immediately apparent that gorillas are our close relatives – from their interest in us to their very human hands. The considered look in their eyes reveals their intelligence. And while the hour flies by, it provides sufficient time to obtain a lot of photos and a lifetime of memories.

We elected to pay for two days of permits and are very glad we did as each experience was very different. The first day we found 12 gorillas grazing in a bamboo grove so we were all constantly on the move. The second day we spent our time with two gorilla families of silverback, mother and child. They were relaxed and playing and it was all much more tranquil. 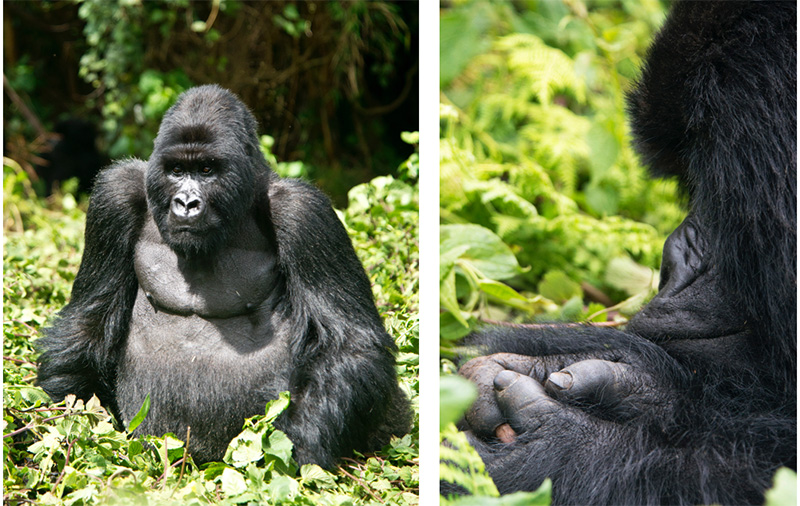 On our last morning we took an escorted walk to see the endemic golden monkeys. It cost just US$100 (AU$125) and while it’s not an intense encounter, like the gorilla experience, being surrounded by monkeys fighting, eating and socialising is pure entertainment.

There’s so much to like about Rwanda. We came for the gorillas but will return for the people, the beautiful countryside and the delights still to be discovered in young, welcoming Rwanda. •

Getting there
The most direct route to Rwanda is to fly to Dubai with Qantas or Emirates and connect on a RwandAir flight to Kigali. Or you can fly via Dubai and Kenya or via South Africa.
• Qantas: qantas.com.au
• Emirates: emirates.com
• RwandAir: rwandair.com
• South African Airways: flySAA.com

Getting around
You may find the best way to get around Rwanda is to hire a car and driver. Not only will it enable you to make the most of your time in Kigali and around Volcanoes National Park it’s the only way to get around outside the city other than by local bus.

When to go
Rwanda is virtually on the Equator so the main variation is that there’s the principal wet season in March and a secondary one in November. We went in early November and although we had fine weather on our gorilla mornings, there was rain each afternoon. An advantage of this low season is that the gorilla families tend to be found eating new bamboo closer to the edge of the park so there’s less hiking.

Where to stay & eat
The best accommodation near the gorillas is Bisate Lodge, which combines glorious local design with exceptional service. There’s a range of hotel options at all levels in Kigali. We chose the Hôtel des Mille Collines because it was the basis for Hotel Rwanda. It’s probably about 3.5 star but has a great breakfast buffet. The nearby Heaven Restaurant offers superb healthy food with wonderful views from the outdoor patio – and it’s set to open a boutique hotel next door.