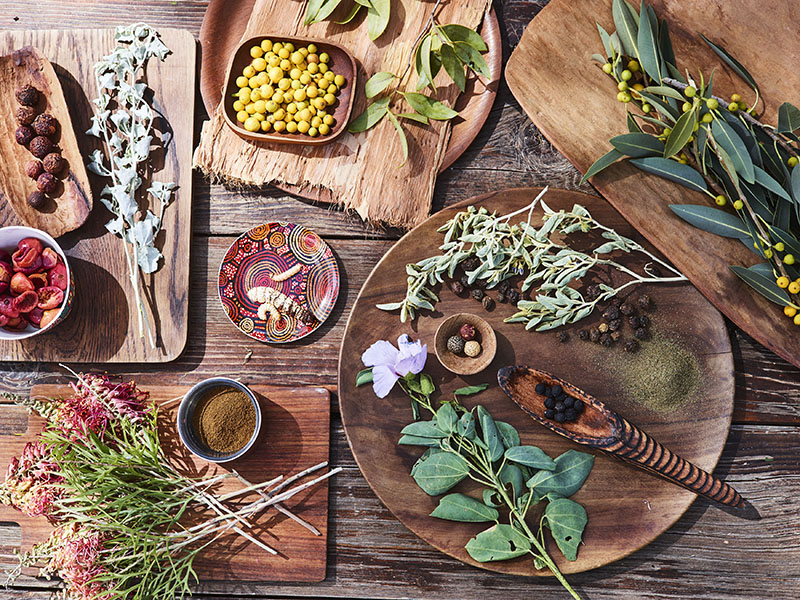 Lush succulents virtually “pop” in your mouth, desert limes have a sharp citrus flavour, small young bush bananas taste like crunchy snowpeas and saltbush lives up to its name – welcome to the world of Australian bush tucker.

Indigenous celebrity chef, Mark Olive also known as the “Black Olive”, is mad about natural ingredients found in the bush and can’t understand why they aren’t used more. As ambassador of Ayers Rock Resort’s new ‘Bush Tucker Journeys’, the most comprehensive program of native flavour experiences and tastings celebrating Indigenous food and culture in Australia today, Mark is dedicated to spreading the word about the fabulous tastes, textures and flavours. 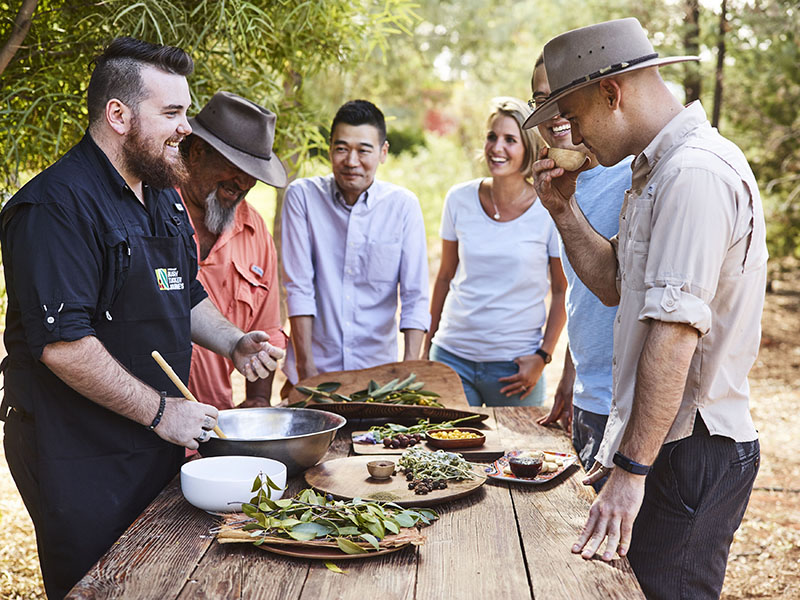 “Bush tucker has so much going for it and there’s a vast variety of native herbs, spices, fruits, seeds, insects and wildlife that indigenous Australians have been eating for thousands of years – it’s all out there and it is exciting,” Olive says. “The new Bush Tucker Journeys program brings these ancient flavours into modern cuisine and I hope guests that experience these tastes will include them in their home cooking.”

“The new Bush Tucker Journeys program brings these ancient flavours into modern cuisine and I hope guests that experience these tastes will include them in their home cooking.”

Olive demonstrates just how good bush tucker is at the inaugural Uluru “Feastival”, tasting dinner under starry night skies with a menu that highlights the richness of native Australian produce and ingredients. 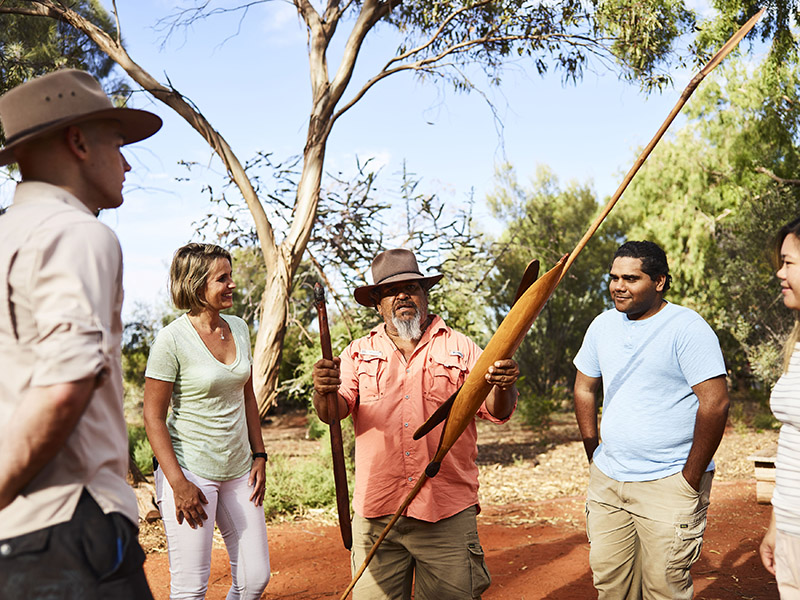 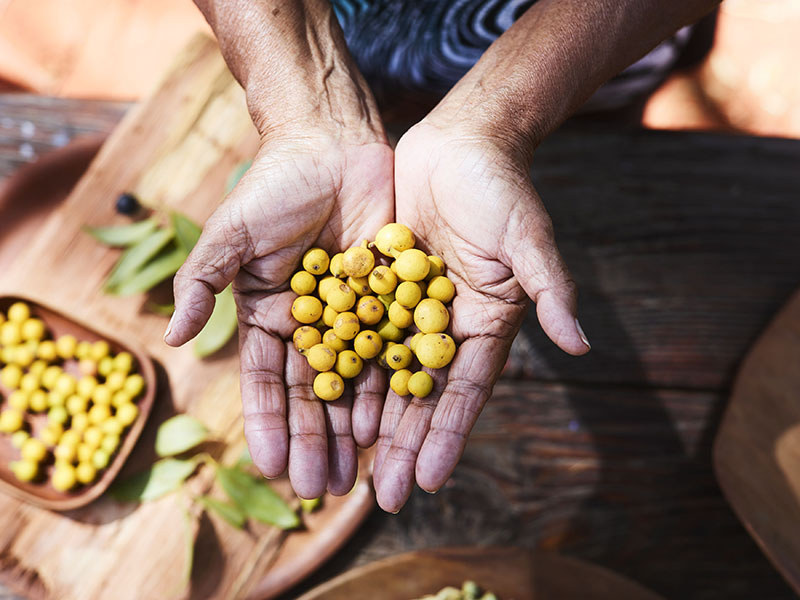 The “Feastival” events will be held quarterly combined with food tastings and masterclasses. Mark is confident the word is spreading about the tastes and flavours of bush tucker and hopes ingredients such as wattleseeds – described as the unsung hero of the Australian native food industry – Muntrie berries and quandongs will find their way into home kitchens and innovative restaurants.

Mark is confident the word is spreading about the tastes and flavours of bush tucker and hopes ingredients such as wattleseeds – described as the unsung hero of the Australian native food industry – Muntrie berries and quandongs will find their way into home kitchens and innovative restaurants. 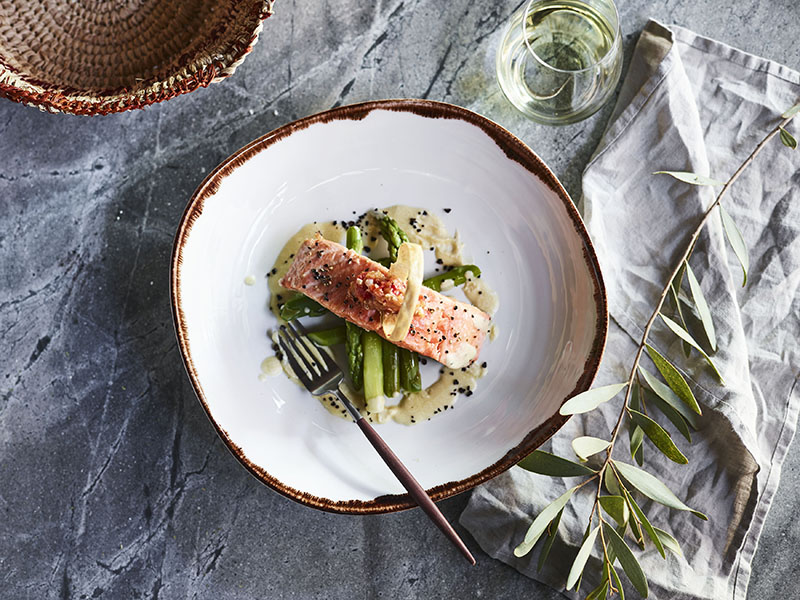 Tali Wiru translates as “beautiful dune” in local Anangu language, and is an amazing experience. It is a culinary feast that also immerses you in indigenous culture. 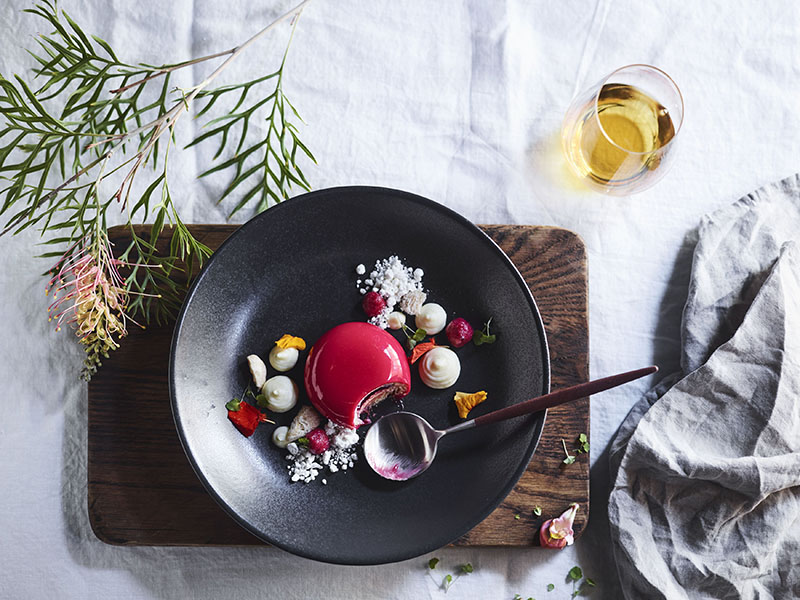 Listen to the didgeridoo playing while you sip bubbles and nibble on canapès such as pan-seared scallop with gulgulk beurre noisette and smoked kangaroo and kutjera crostini, followed by an entree of pressed wallaby with fermented quandong. For main course, pan-roasted toothfish with carrot and ginger puree, baby heirloom carrots, sea greens, spiced activated lentils and candied lemon aspen is delicious. For dessert, the Textures of Chocolate with Davidson plum, lemon myrtle and quandong is to die for.

For more casual dining, head to the Outback Pioneer’s BBQ Bar where there’s a croc-dog on the menu while at Desert Gardens Hotel’s more sophisticated Arnguli restaurant, dishes feature native indigenous produce along with a signature grill selection. 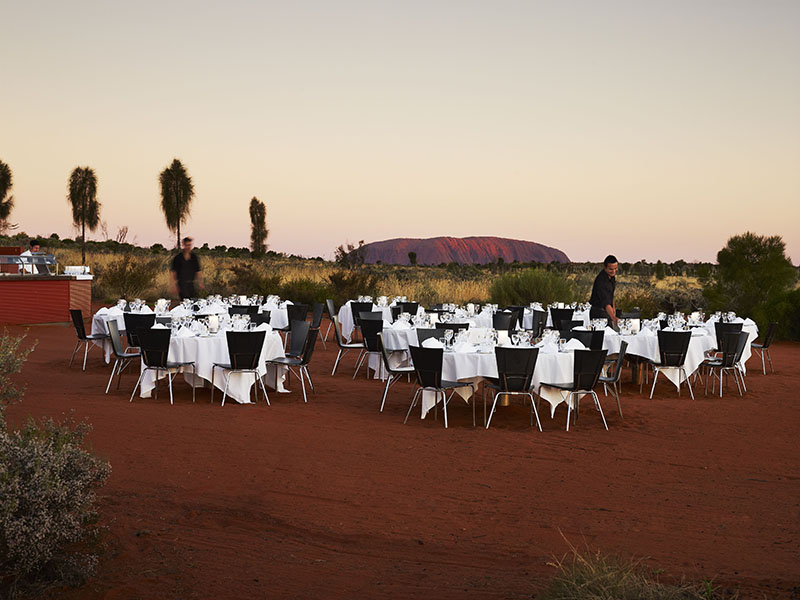 For another unforgettable dining experience, the award-winning ‘Sounds of Silence’ dinner features mini dampers with desert lime preserve and other great dishes.

Now into its second year, the fabulous ‘Field of Light’ has its own award-winning magical dinner under the stars as Bruce Munro’s impressive 50,000 stem light installations shine bright – it’s been extended until 31 March 2018. Taste dukkha-seared kangaroo loin on quandong cous cous with native mint yoghurt and other treats. 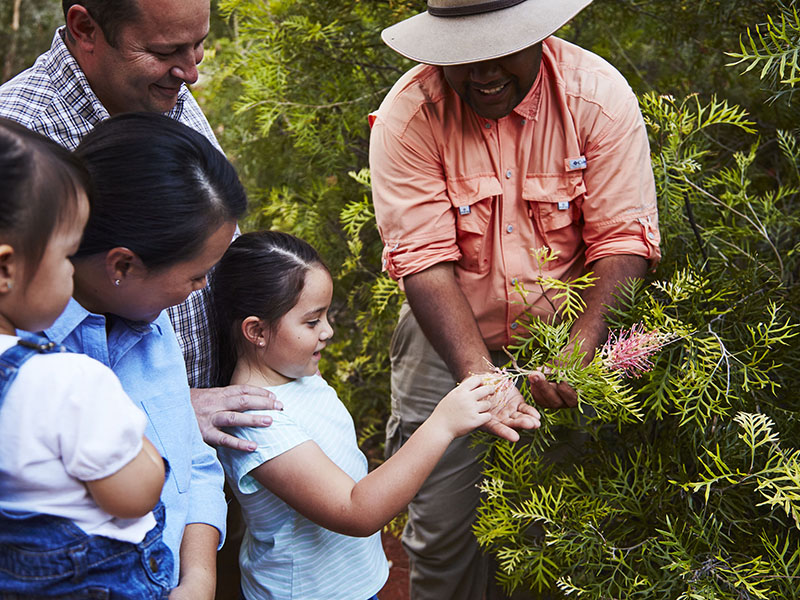 Daily guided garden walks also show how indigenous people traditionally lived by using the bush for food and medicinal purposes and you can take home a wide range of bush tucker ingredients now available at the resort. 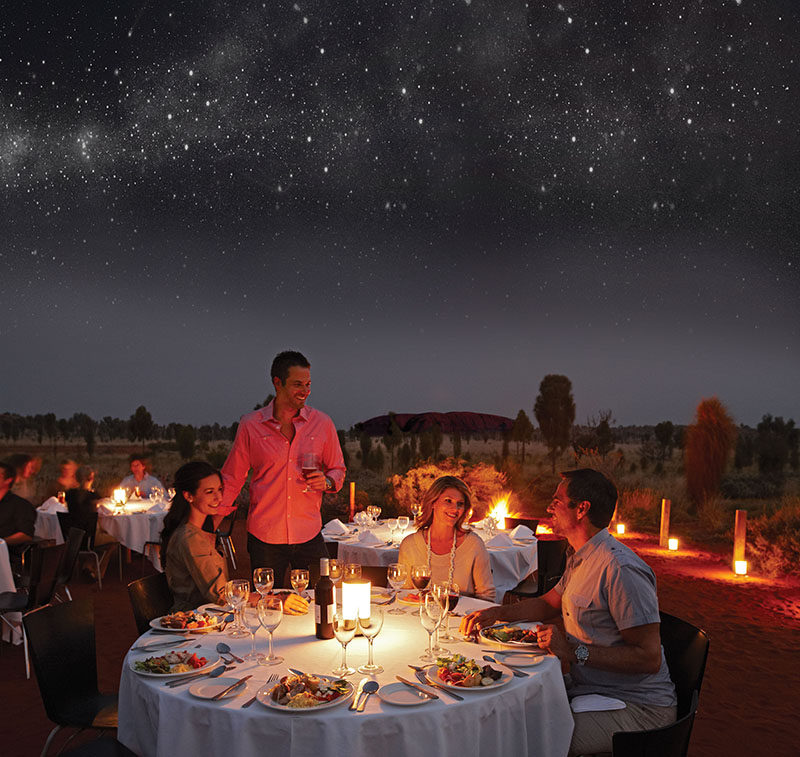 Uluru “Feastival” will be held quarterly – the next one is 3–5 November 2017. The gastronomic weekend showcase indigenous food and culture and includes open-air fine dining and traditional bush tucker tastings, as well as a signature masterclass and a three-course tasting dinner under the stars with Bush Tucker Journeys’ Ambassador and indigenous celebrity chef Mark Olive.

Whats new
New activities include guided Uluru Segway tours around the 10-kilometre base, new family friendly Red Desert Reptiles show with 73 types of reptiles and the Uluru Billy Tea and Tjukurpa Tour where you can dine on a customised double-decker coach while touring around Uluru.