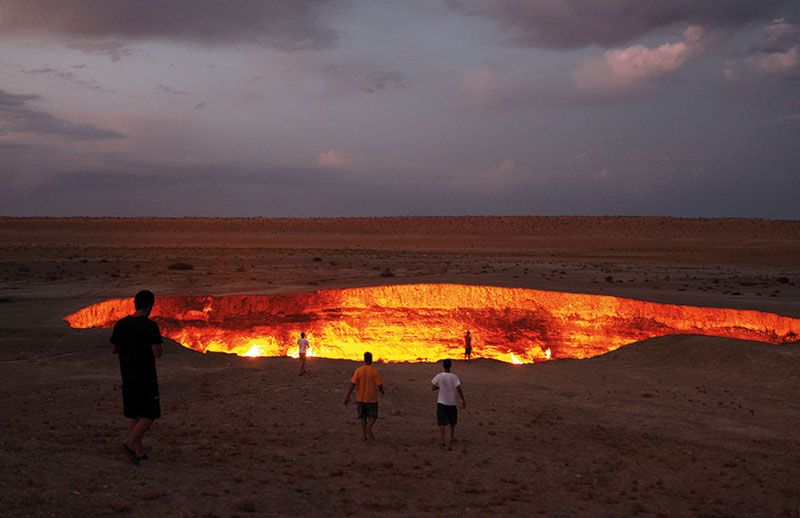 International travellers seeking to teeter on the edge of danger, need look no further than the Darvaza crater.

Aptly nicknamed the ‘Door to Hell’, this giant, eternally burning pit of fire is located in Derweze, an area rich in natural gas in the middle of Karakum Desert, Turkmenistan.

While there is still some mystery surrounding how it came to exist, the general theory is that in 1971, Soviet geologists tapped into the gassy cavern while drilling, causing the ground to collapse, then set the giant hole alight to burn off poisonous gases, and more than 40 years later, it’s still burning.

Like something out of The X-Files, this surreal, glowing pit in the middle of nowhere attracts more and more visitors each year to one of the world’s most isolated countries.

While there are no road signs, local guides know where to turn, with the pit coming into view a mesmerising experience in itself. There are no safety restrictions either, and daredevils can stand right on the very edge – a risky feat given the immense heat and crumbling soil.
turkmenistan.gov.tm