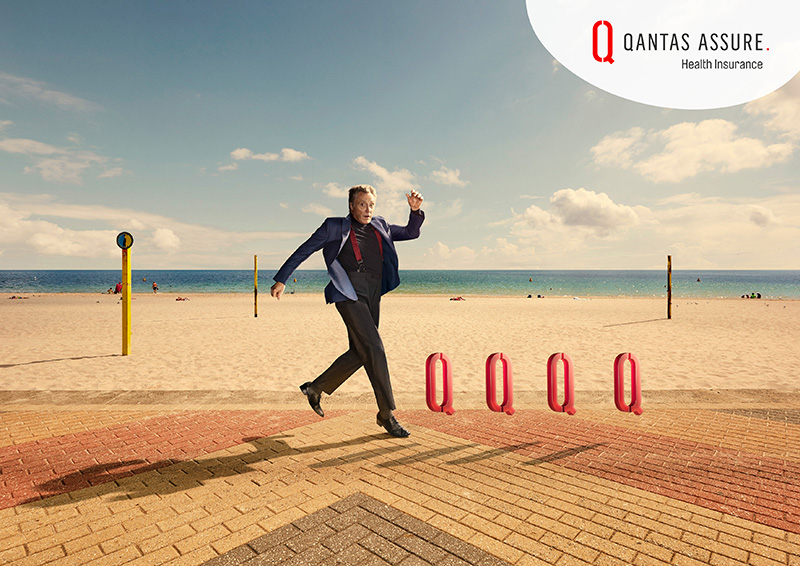 Qantas Frequent Flyers can now earn Qantas Points doing everyday activities such as grocery shopping, mowing the lawn, running and even walking, thanks to Qantas’ very own health insurance and wellness program.

The newly launched Qantas Assure will offer health insurance policies to Qantas Frequent Flyers, who can then use the Qantas Assure App to count their steps, for the opportunity to earn up to 70,000 Qantas Points in the first year, which equals to a trip from Sydney to London.

After the initial year, depending on the level of cover, members can earn up to 15,000 points per year just by staying active, in addition to the points they can already earn through shopping, flying and using their credit card.

With more than 11 million Frequent Flyers and about a quarter of all Aussies already using wearable technology, the idea to launch Qantas Assure seemed like a logical next step for Qantas, incentivising members to stay fit and healthy with the opportunity to be rewarded with Qantas points.

Speaking of the development, Qantas Loyalty chief executive officer Lesley Grant comments: “We thought the idea of earning points for being active will appeal to a lot of people and we know from trialling the App that when there are points up for grabs, members are more motivated to take the stairs rather than the lift, park a few blocks further and do an extra lap of the park while walking the dog – people can literally walk their way to their next flight by taking out Qantas Assure health insurance and earning Qantas points by staying active.”

Qantas Points can be redeemed on flights as well as other rewards from hotel stays to products from the Qantas Store, while any points earned through the Frequent Flyer program ca n be redeemed for part or all of their initial health insurance policy premium.

Powered by nib, Qantas Assure is the only health insurance membership with access to a wellness program endorsed by the National Heart Foundation, and Qantas is currently looking to expand the reward program to include more activities, information on nutrition, and to offer workout apparel and equipment.