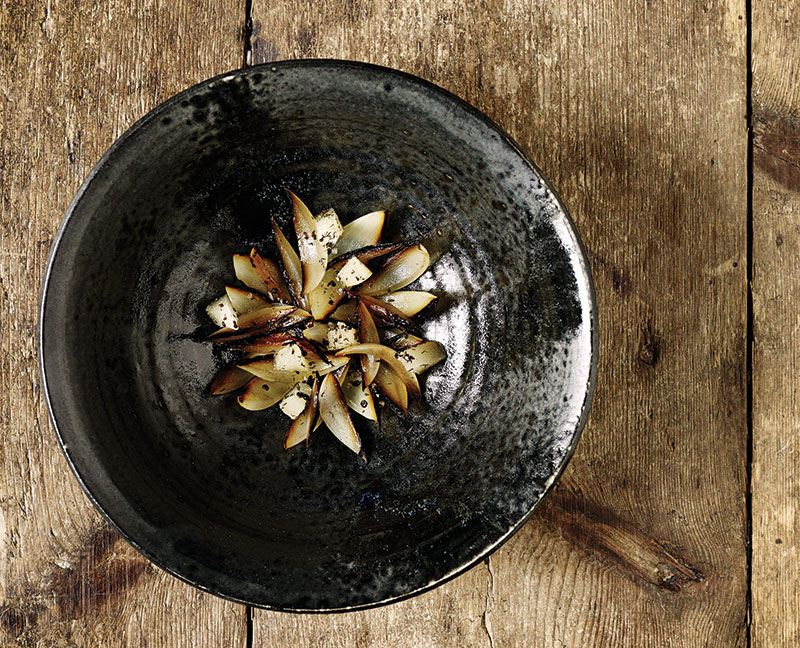 There’s a curtain flapping on the second floor of Copenhagen’s stately Amalienborg Palace, home to the Danish royals and just for a second I think I catch a glimpse of Princess Mary. A visit to the royal palace now often heads Australian traveller to-do lists with many curious to see where Princess Mary, Crown Prince Frederik and their four children call home. And if Queen Margrethe II is in residence, see the daily changing of the guard at noon.

Royal watching is hungry work and we decide to seek out some of the city’s culinary gems and discover what all the fuss is about.

Nordic cuisine has made Copenhagen one of Europe’s hottest food destinations boasting more Michelin-starred restaurants than any other Scandinavian city – the latest count is 18 stars.

Top of the list is Rene Redzepi’s noma which has been named the world’s best restaurant several times over, with dishes inspired by the landscape and culture.

The good news is you will no longer have to go to Copenhagen to experience Redzepi’s culinary extravaganza, noma is coming to Sydney for ten weeks from January 2016, to share the best of Australian produce as seen through the eyes of the revered chef and his team. noma will temporarily close in Copenhagen, to open its new waterfront home at Barangaroo on Sydney Harbour, as part of an exciting collaboration with Tourism Australia and Lendlease.

Other stand out up-market restaurants include Geranium, where meals involving all the senses star, prepared by Rasmus Kofoed, who won the world cooking championships, the Bocuse d’Or in 2011. Over at Michelin-starred Kadeau, diners can enjoy dishes inspired by the flora and fauna of the picturesque island of Bornholm, where the restaurant was originally founded in 2007. For those less inclined to max out their credit cards – the more casual Pony, Host, Manfreds & Vin and Kodbyens Fiskebar feature innovative menus and eclectic atmospheres. 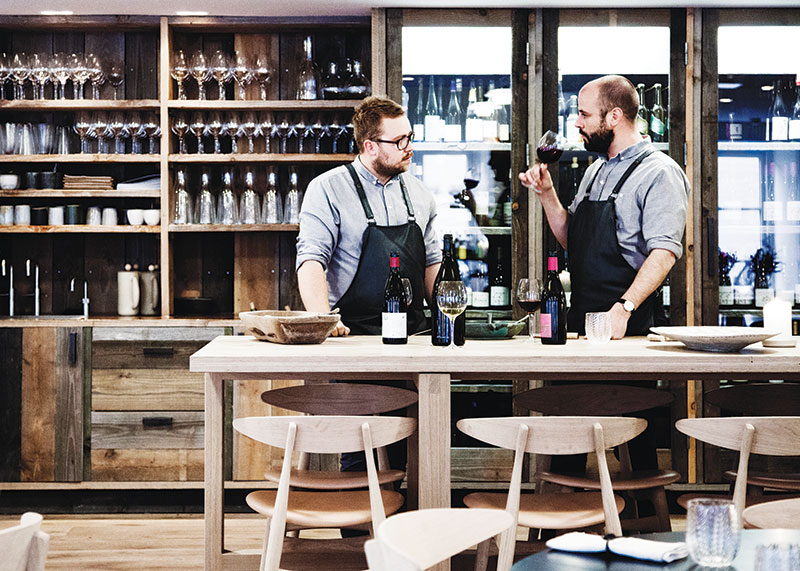 But Copenhagen’s cuisine isn’t all about lichen, moss and berries, for a traditional and delicious open sandwich known as smørrebrød, Schønnemann’s is the place to go, after all it has been selling herring, beer and schnapps since 1877.

Another great dining experience is the superb Relais & Chateaux Kong Hans Kælder where for nearly 40 years it has been winning accolades – it was the first city restaurant to achieve a Michelin star in 1983.

Under the reign of new chef Mark Lundgaard and restaurant manager Peter Pepke, they not only present a stunning menu among the intimate Gothic style arches but the ambience is magnificent. It is located in the oldest building in Copenhagen believed to be the site of the first mint and 300 years later, the home of poet and author, Hans Christian Andersen.

Cafe Victor is another dynamic dining institution where Paris meets Copenhagen presenting an innovative menu of French and Danish dishes. It’s the haunt of actors, authors and business moguls, so you never know who you will bump into.

For more casual dining the vibrant harbourside city of Nyhavn with its 17th and 18th century coloured houses, offers a great selection of seafood restaurants, pubs, coffee shops and the best ice creameries that quickly weaken the stiffest resolve. My pick is Vaffelbageren where the black currant sorbet is superb.

It is no wonder the area is known as the longest outdoor bar in Scandinavia with its many eateries overlooking the canal. You are again in Hans Christian Andersen territory – the author lived at number 20 from 1834 to 1838, number 67 from 1845 to 1864 and the last years of his life were spent in number 18.

The good thing about indulging in the food scene in Copenhagen is it is a great city to walk off those “indulgences” – just be careful of the bikes, as more than 50 per cent of Copenhagen commuters ride to work. 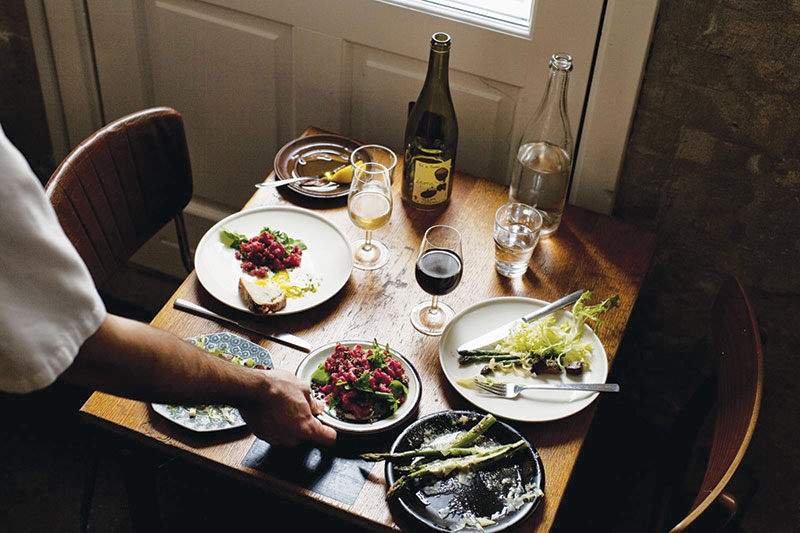 Other major attractions include the National Gallery that’s packed with both historic and modern art, the world’s oldest amusement park, the Tivoli, with its rides, restaurants and manicured garden beds, and the National Museum, where you can brush up on Denmark’s past.

Take a walk down the city’s most famous shopping artery, the pedestrian street Strøget packed with tourists and shoppers. Step in to see the striking designs at Georg Jensen established in 1904 that represents the essence of Scandinavian design and pick up a keepsake at Royal Copenhagen dating back to 1775, known for its fine porcelain.

On our last afternoon, we visit the city’s much loved Little Mermaid at Langelinie, made famous by the Hans Christen Andersen fairy tale, where tourists line up to have a photo with the bronze statue or take numerous selfies. Not all tourists are impressed by the iconic Danish landmark. “She’s so small,” says an Irish tourist who is quickly berated by his partner.

Next day with cases bulging, we head to the airport train and as we wait at the lights to cross, a cavalcade of black cars pass by.

Watching the cars fade into the distance, I am not too disappointed to have missed a royal encounter. I may have missed Mary but I had a taste of some of the world’s best food that was certainly fit for a King … or a princess. •

Where to Stay
Adina Hotel Copenhagen is a four-star hotel with 128 spacious one- and two-bedroom apartments or studio rooms close to attractions. Adjacent to Copenhagen’s ferry terminal, it is a five minutes drive from the city. There’s a heated indoor swimming pool, sauna and fitness centre and great dining at Ottos Restaurant and bar. tfehotels.com