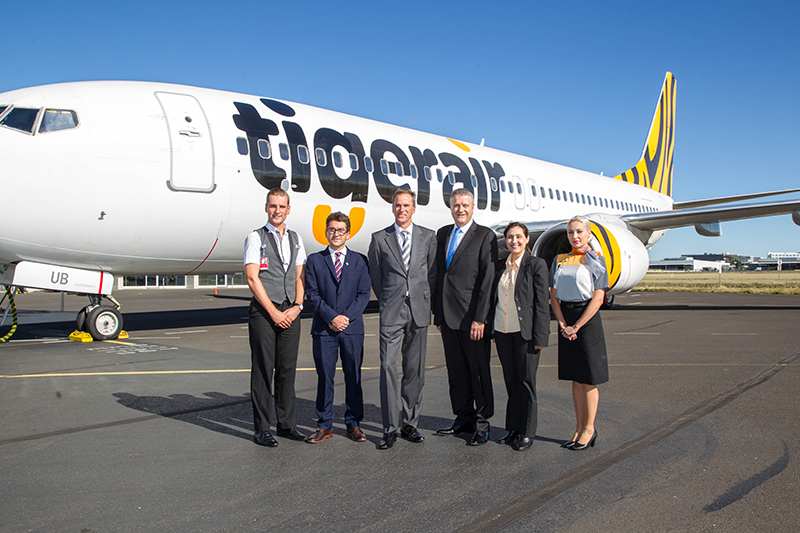 Tigerair Australia has unveiled the first of its three Boeing 737-800 aircraft to be branded in Tigerair livery and has announced that all three aircraft joining the fleet will be based at Melbourne Airport in time for the airline’s new direct Bali service.

The new Melbourne to Bali service will commence 23 March 2016 and provide more than 2,500 additional seats per week through Melbourne Airport, as well as jobs, with over 100 new cabin crew recently recruited in Victoria.

“Today’s announcement means the number of aircraft based in Victoria will grow from seven to ten or by more than 40% by the end of March, and as well as more jobs and additional aircraft, it provides numerous other benefits for the Victorian economy, tourism and consumers, demonstrating Tigerair Australia’s commitment to the state of Victoria,” Tigerair Australia Chief Executive Officer Rob Sharp said.

Mr Sharp and Mr Strambi, together with Minister for Industry Lily D’Ambrosio MP, were at today’s official unveiling of the first of three additional Tigerair aircraft for Victoria.