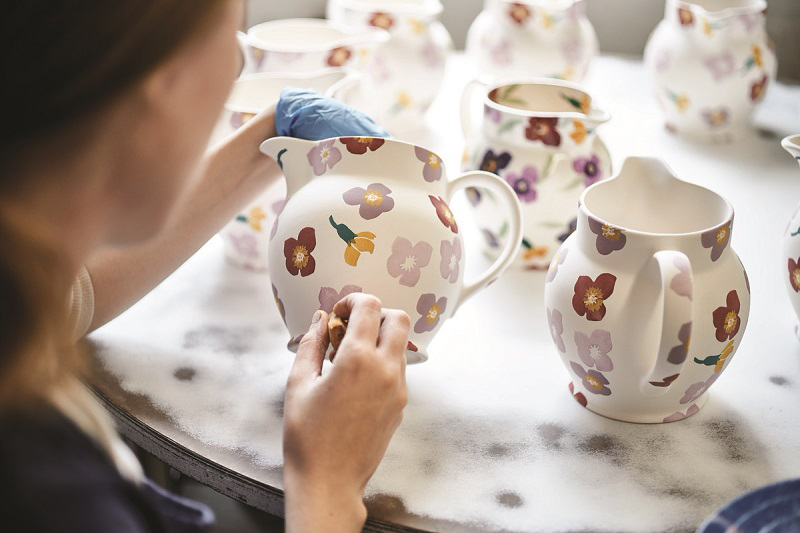 When visitors undertake a tour of Middleport Pottery in Stoke-on-Trent in the UK they are likely to find full time caster Steve Nixon bent over a row of plaster moulds in the slip house, his hands coated in a thick layer of clay. It’s Nixon’s job as a caster to pour liquid clay into moulds to make pots that will pass through 25 skilled hands before they are complete.
“We have fettlers [who smooth out rough edges], bottom-knockers [who make clay slabs], jiggers [who use profile tools to shape the outside of pieces] journeymen [proper potters] and wedgers [who cut clay into wedges with a wire], but I’m a caster,” grins Nixon, as he removes a quivering tea pot from a mould, gently scraping its wobbly sides with a sharp knife. 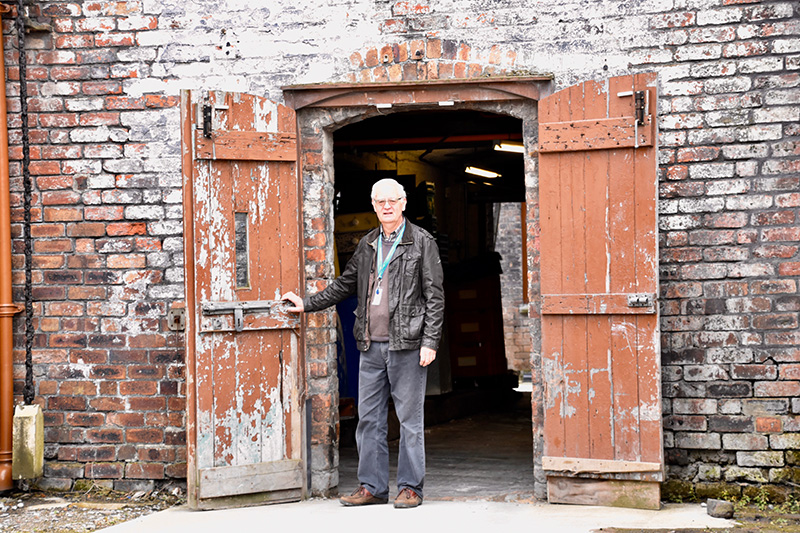 The slang that rolls off Nixon’s tongue is synonymous with the pottery industry and, according to our tour guide Albert Bennion, is as authentic as the back-stamp on a Burleigh teacup, which the factory has been producing since 1889. The fact the Potteries’ vernacular still prevails in Stoke-on-Trent is, Bennion believes, an indicator that the ceramics industry is in a lot better shape than it was just a decade ago.

As Bennion steers our group through the red-brick maze of Middleport it’s impossible not to be swept along by the history of the Potteries, which Bennion’s family has been linked to for four generations. 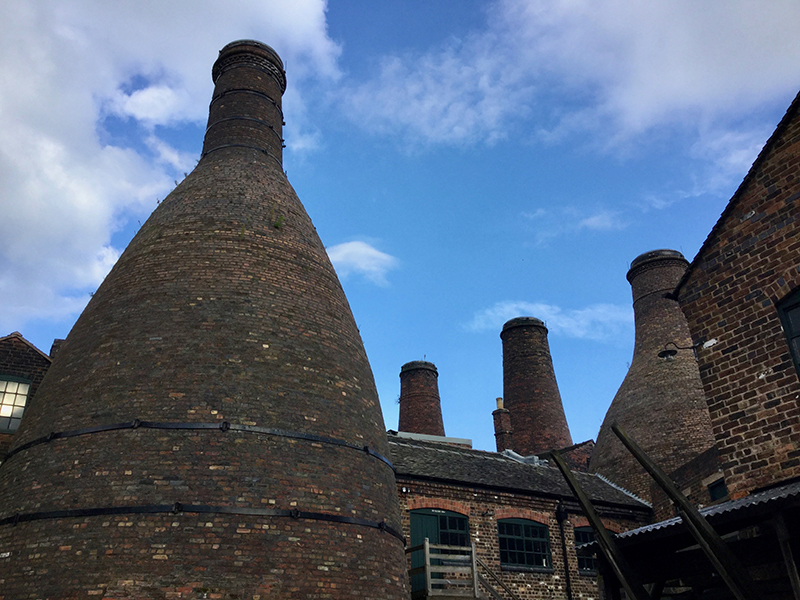 “If you grow up in Stoke-on-Trent, you have clay in your veins,” says Bennion, whose childhood home was just 200 metres down the road.

All fired up
While there were once 4000 odd bottle kilns belching out dust and soot around Stoke-on-Trent, today there are just 47 or so of these squat sentinels standing guard over the landscape, protecting both the stories and pots that are passed down by generations. When the Clean Air Act passed in the 1950s, many of the bottle kilns were demolished and the future for Middleport Pottery looked bleak until about 2011 when it was saved from ruin thanks to funds raised by the United Kingdom Historic Building Preservation Trust. Middleport now exists as a working museum producing about 5000 pieces of Burleigh ware a week. 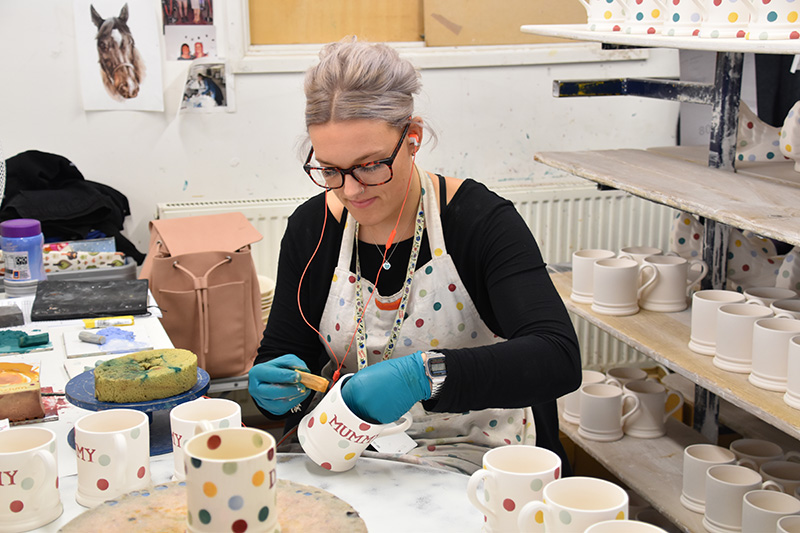 “I was born and brought up here and I used to walk past the Middleport Pottery factory on my way to school each day,” says Bennion, a retired history teacher. “My father worked in pots and his father before him and I was the first in the family to get a higher education, but I eventually came back to the Potteries,” he says.

For those with an interest in ceramics and the Industrial Revolution, Bennion says Middleport Pottery in Staffordshire is an interesting place to start, as it houses the largest collection of pottery moulds in the UK.

“It’s amazing to see the change that has happened here since I was a child, when it was all horses and carts and streets lined with industrial waste and debris. The factory backs onto the Trent and Mersey canal, which was like the M6 of its day, and there wasn’t a blade of grass or a tree. It was like a lunar landscape, large white mountains of broken plaster moulds and pottery,” he says. 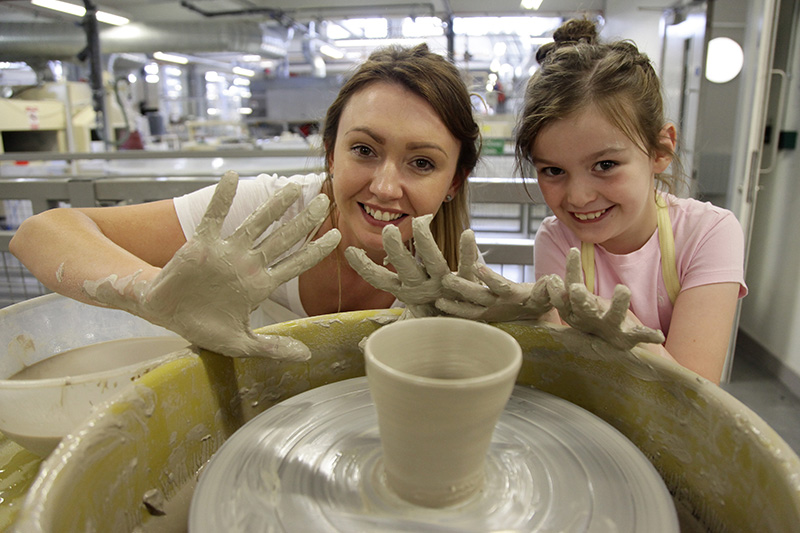 Picking up the pieces
Stoke-on-Trent is officially recognised as the World Capital of Ceramics and a visit to Middleport Pottery includes a tour of the factory and heritage machinery where visitors can see the pottery produced from start to finish using techniques dating back to the 1880s. Again, Bennion beckons, and we follow his lead into a room that bulges with the Botticelli curves of a bottle kiln that forms part of the building’s foundations.

“As well as lovers of pottery, the weekends draw steam engine enthusiasts – I won’t call them anoraks – who come to see the Lancashire boiler and steam-powered engine, which were operational here until 2007 and lasted nearly a century,” he says. 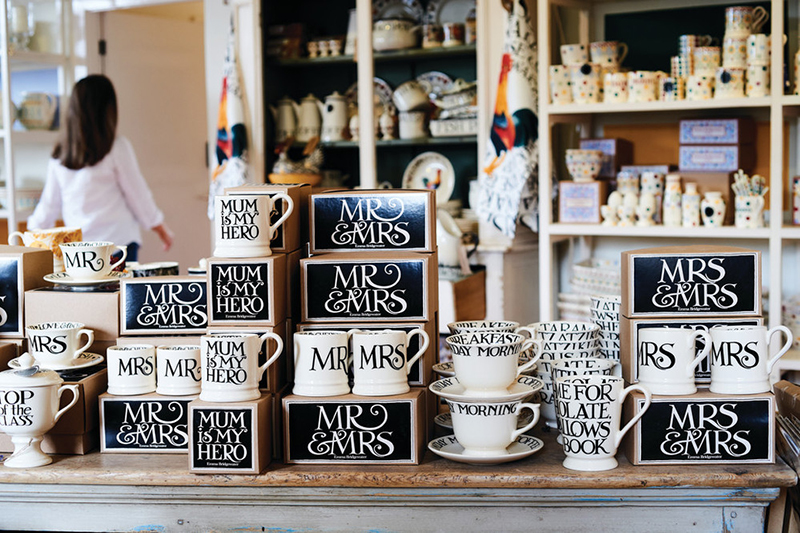 Bennion adds that Middleport is also one of the few remaining potteries in the world where you can see the underglaze tissue transfer printing technique perfected by Josiah Spode in 1784. But it’s not just this forgotten art that is reviving fortunes in the Midlands: the factory now employs around 60 people and it’s hoped the working museum will continue to grow .

The WOW factor
Altogether, there are six towns of Stoke-on-Trent that are known as the Potteries, and the story of the area’s heritage as the world’s leading producer of pottery can also be explored through world-class attractions such as World of Wedgwood (where you can design your own pot) and the Emma Bridgewater Factory, where you can watch the slip flow and again get to know your fettler and jigger from your bottom knocker. 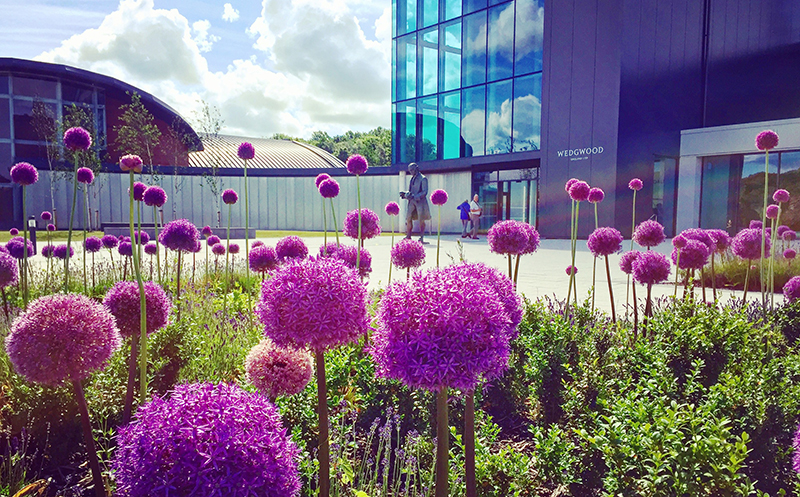 With Emma Bridgewater now employing more than 300 people and exporting to 44 countries around the world, the fortunes of the World of Wedgwood have also come full circle as demand for quality ceramics from countries such as China and the Middle East have increased production by 15 per cent by 2018. The World of Wedgwood brand was founded in 1759 by Josiah Wedgwood (the grandfather of Charles Darwin) and now has iconic status around the globe. As well as housing one of the finest Wedgwood ceramic collections and archives in the world, visitors to the world-class centre are given the opportunity to be fully immersed in the Wedgwood brand in an interactive and inspirational environment where you can “learn by doing” as many of the estimated 300,000 visitors do each year. 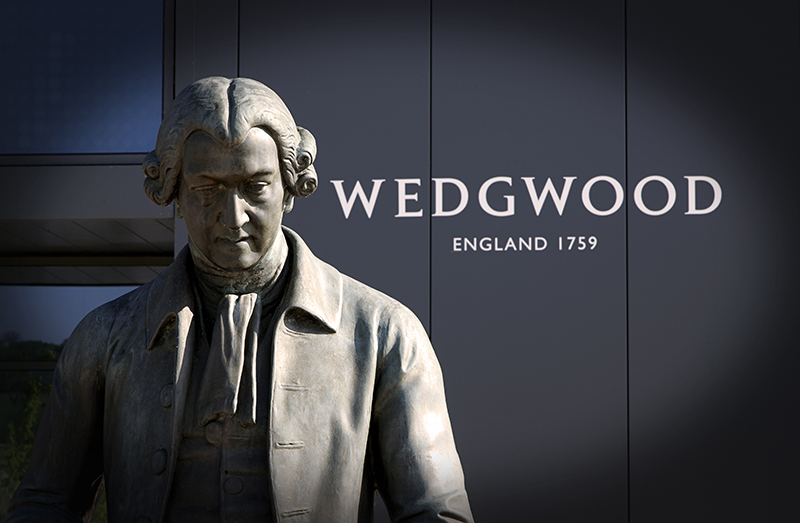 British craftsmanship at its best
Back at Emma Bridgewater, after stopping for pumpkin soup in the light-filled café, we join a party of tourists bustling around the visitor shop admiring teapots, teacups and platters bearing the distinctive patterns of this very British brand. Despite being considered a very young company – it was created in 1985 – Emma Bridgewater was inspired by the skills and craftsmanship of the pots that bear the much sought-after back-stamp. After a tour of the factory floor, we meet plate-maker Wayne Swindale, who has been throwing pots for four decades. Swindale says he loves the sense of continuity of working his trade and ‘the long history of the Potteries”. 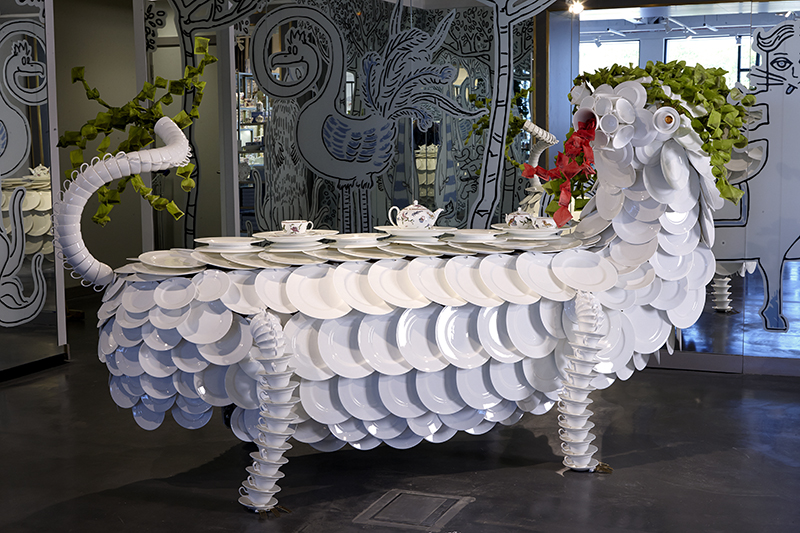 “The community of Stoke-on-Trent has been shaped by pottery. There seems to be a renewed interest in products that are made by hand and that’s a good thing for the whole community,” says Swindale.

As Swindale demonstrates how to clap a clay plate onto a spinning wheel, it’s clear the Potteries’ have evolved and the community is rolling its sleeves up in an effort to put the West Midlands back on the map. The fact the region remains underrated is reason enough for it to be regarded, once again, as white-hot and to reclaim its title: as the world capital for ceramics.

Carla Grossetti travelled to Birmingham with assistance from Qatar Airways and Visit Britain.

Getting there
Qatar Airways now flies direct from Sydney to Birmingham via Doha. qatarairways.com/en

Staying there
One of the most convenient places to check your suitcase is the Best Western Plus Stoke On Trent Moat House, Etruria Hall, Festival Way bestwestern.co.uk 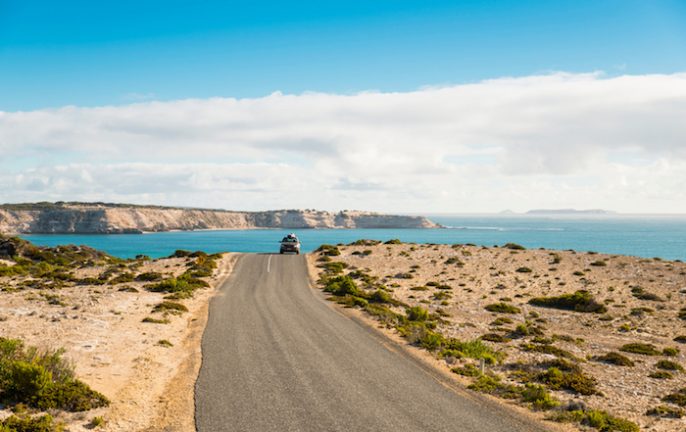 Get a real taste of Eyre Peninsula, South Australia with Crooked Compass, Australia

Travel in Europe: borders opening in time for summer