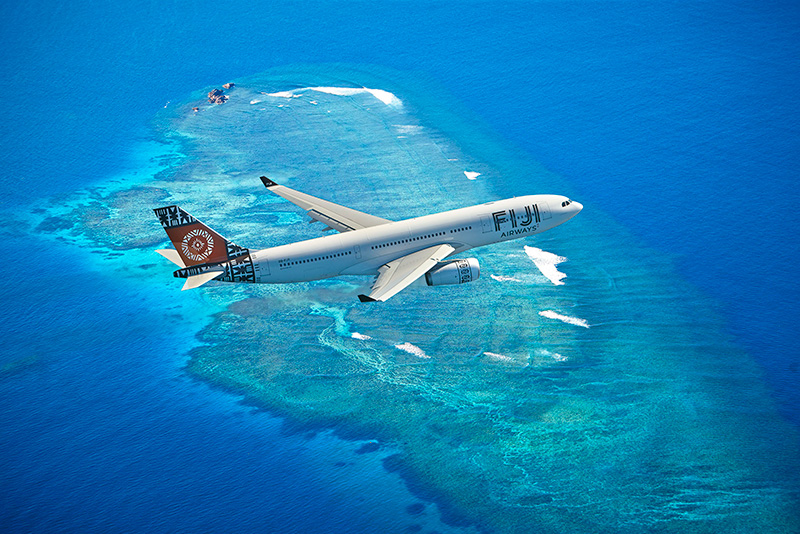 Australian travellers now have a new way of getting to San Francisco from Australia, thanks to the launch of new Fiji Airways flights from Sydney, Melbourne and Brisbane.

Operating twice a week on its flagship A330 aircraft, the new service has just one stopover at Nadi Airport, offering Australian travellers the opportunity to extend their trip and enjoy a layover in Fiji for a few days, either before or after their USA visit.

As well as experiencing the famous friendly Fijian hospitality on-board the A330, passengers have the benefit of an all-inclusive service including check-in luggage allowance, in-flight entertainment, and an array of food and drink options on-board, with extra legroom seats and pre-paid excess baggage are also available for purchase.

With Fiji only around four hours from the Eastern seaboard, the new service is expected to prove popular with those who want to mix a business trip with leisure.

In line with U.S. vacation periods, the new service will be seasonal, operating from June to August and in December and January, operating twice daily from Sydney, daily from Brisbane, and five times per week from Melbourne, while the direct service from Nadi to San Francisco flies on Thursdays and Sundays.

San Francisco is Fiji Airways’s third service into the U.S., after L.A., and Honolulu.

In related news, Fijian-Australian profefssional rugby union sevens player, Jarryd Hayne, has been announced as the global ambassador for Fiji Airways, in a role that will see him support the airline’s efforts to promote the destination he calls home.