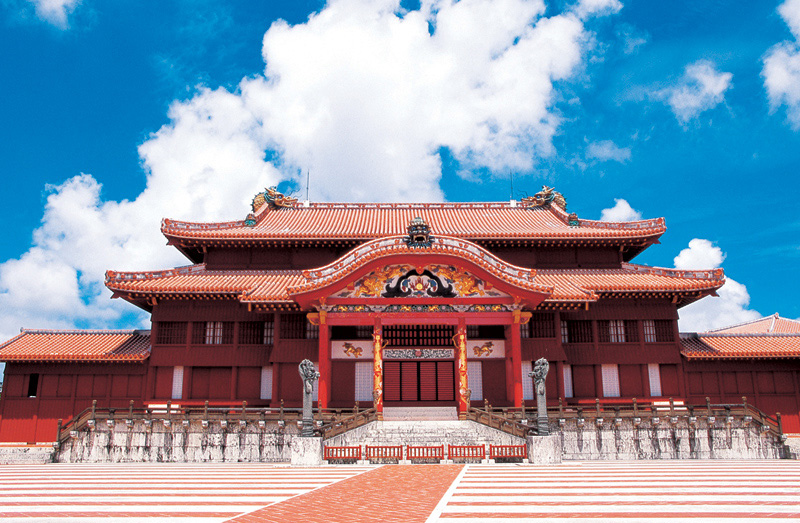 Okinawa’s location at the nexus of the South China Sea and the Pacific Ocean has in many ways benefited its inhabitants since the founding of the Ryukyu Kingdom in 1429. The peaceful Ryukyuans enjoyed centuries of material prosperity through trade but were also enriched by cultural influences that arrived with each foreign ship. Okinawans absorbed knowledge as well as material wealth from the wider world, which can be said to have improved and even extended their lives.

Okinawan longevity has been the subject of much research—the results of which point to many reasons with two in particular standing out. 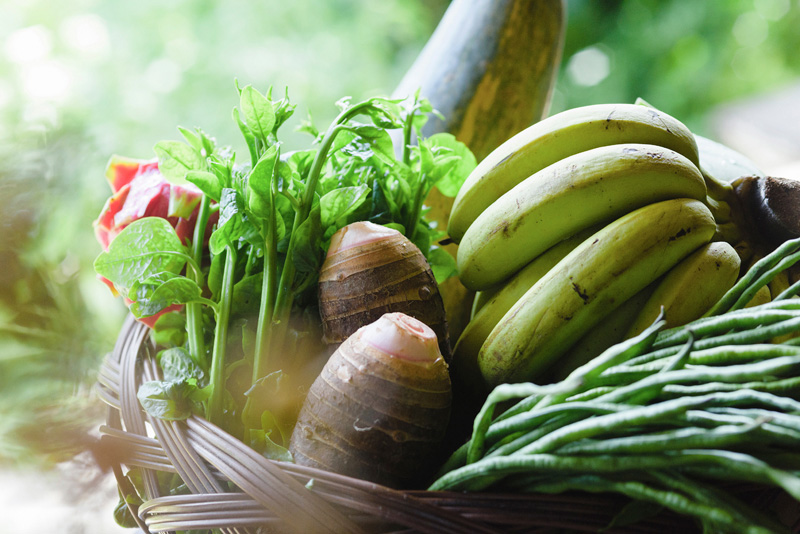 In addition to the wealth of native foods, Okinawans readily accepted imported fruits, vegetables, domesticated animals and new cooking methods. Traditional Okinawan food is distinct from that of the Japanese mainland.

Research has shown that Ryukyuan fare contains a macrobiotic “fountain of youth” of anti-oxidant and vitamin-rich ingredients. Healthy seafood, goya (bitter melon), beniimo (purple sweet potato), and leafy handama (Okinawan “spinach”) are eaten daily by most Okinawans. Even Okinawan tofu (shima tofu) is reputed to be more nutritious than tofu from other Japanese prefectures. 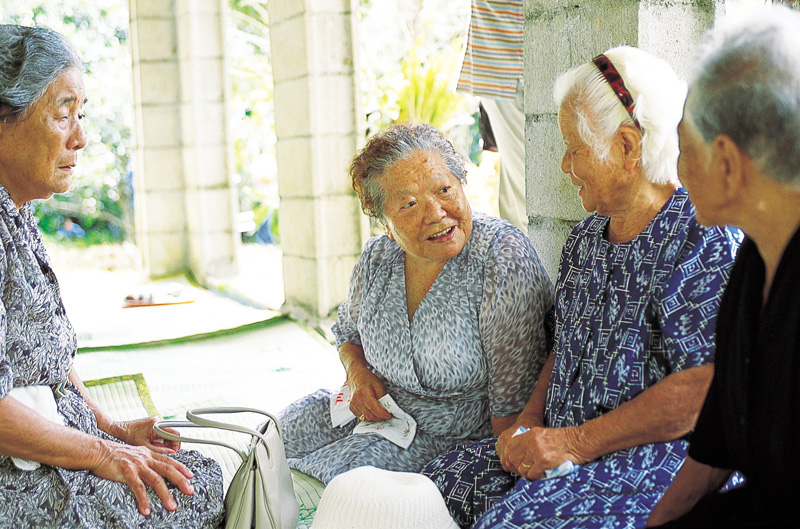 Another contributor to Okinawan longevity is connected to the spirit of the Okinawan people who, although unbelievably strong in adversity, remain gentle, positive, and supportive of family and community. Neighborhoods still exist where elders step out smiling every morning, wave to neighborhood kids and wish them a good day at school.

Although the origins of some aspects of Okinawan culture, such as language, food and culinary traditions can be traced to elsewhere, Okinawan people have developed a cultural flavor which is very much their own. Nourished by great food, sunshine, and indomitable spirits, many keep smiling into their 90’s and beyond.