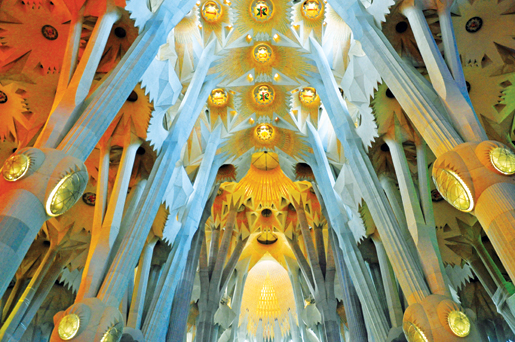 Cities are a reflection of the soul of a country and, for visitors, hold an irresistible promise of connecting with the best of its history, architecture, cuisine and contemporary culture. We’ve hopscotched around Europe to shine the spotlight on ten cities that beautifully capture the zeitgeist and captivate us with their vibrant and versatile spirit. Our list includes some time-tested favourites along with edgy newcomers that have been catapulted to the big leagues thanks to vision, investment and innovation. 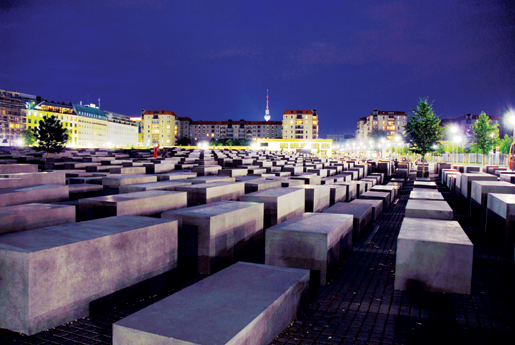 Berlin
A quarter century after the fall of the Berlin Wall, the German capital is increasingly grown-up without relinquishing its indie spirit and penchant for creative improvisation. Berlin spoils you with classic and quirky choices. There’s haute cuisine in an ex-brewery, all-night parties in bombed-out buildings and world-class art in a WWII bunker. Visit the sites of major milestones in history – the Reichstag, Brandenburg Gate and Checkpoint Charlie among them – then spend time in some of the city’s 175 museums. Top picks include the Pergamon Museum, home to monumental antiquities such as the Babylonian Ishtar Gate, and the adjacent Neues Museum whose star is the eternally beautiful – if 3500-year-old – bust of Egyptian queen Nefertiti. Follow up with a spin around the charismatic Hackescher Markt area, Berlin’s historic Jewish quarter, which teems with hip cafés, indie boutiques and restaurants serving everything from Berlin classics like Eisbein (boiled pork hock) to Michelin-starred fare. After dark, go bar-hopping around here or head to Kreuzberg, the city’s alternative nightlife hub.

Copenhagen
The Danish capital repeatedly ranks among the world’s most liveable cities, and for good reason. Compact and charismatic, Copenhagen comes with ample water and green spaces, an extensive network of bike paths and a respect for both tradition and innovation. New Nordic cuisine pioneers like René Redzepi of Noma reinterpret the goodness of native cooking, while the Denmark Design Museum and edgy galleries in the former meatpacking district show off a crisp, contemporary aesthetic. Food and design form a happy union at Torvehallerne, a pair of revitalised gourmet market halls that opened in 2011. Tradition, meanwhile, reigns at twinkling Tivoli, an amusement park from 1843 with plenty of rides and entertainment venues, while Copenhagen’s most photographed woman is still the adorable Little Mermaid that’s best seen on a boat tour. For a dose of alternative spirit, point the compass to Freetown Christiania, a hippie commune and self-proclaimed ‘autonomous neighbourhood’.

Milan
Venice may be more romantic and Rome more historic, but this year Milan is hogging the headlines as host of World Expo 2015. Italy’s most cosmopolitan city – and its fashion and financial hub – wraps a lot of attractions into a compact package poised to tantalize visitors long after the last pavilions close in October. Check off such blockbuster sights as Leonardo da Vinci’s ephemeral Last Supper, the floridly Gothic Duomo (cathedral) and the incomparable La Scala opera house. Then tap into neighbourhoods that have undergone major facelifts in the run-up to Expo such as La Darsena, the city’s former harbour turned into a pleasant strolling zone. Industrial-flavoured Zona Tortona, meanwhile, is now home to a growing number of vintage and design shops, aperitivo bars and galleries, while the canal-laced Navigli district beckons with boho-chic cafés, bars and restaurants after dark.

Málaga
Founded by the Phoenicians and conquered by the Romans, the Visigoths and the Moors, Málaga today is primarily known as a sun-kissed summer holiday sanctuary. But more than 10 years of major investments have also given the vibrant Spanish town on the Med significant cultural street cred. What began in 2003 with the opening of the Museo Picasso Málaga, culminates this year with two more high-profile art ventures. In a cube-shaped glass building in the renovated port, a satellite of the Paris-based Centre Pompidou now showcases works by such 20th-century heavyweights as Frida Kahlo, Francis Bacon, Magritte and Málaga’s native son Picasso. The other addition is a branch of St Peterburg’s State Russian Museum, which displays five centuries of Russian masterpieces in a creatively repurposed 1920s tobacco factory. Fans of urban street art, meanwhile, should head to the Soho area where top artists like Shepard Fairey, Faith47 and ROA have left their mark.

Hamburg
It’ll be a couple more years until the first sounds ring through the Elbphilharmonie, but Hamburg’s new concert hall is already cutting a spectacular presence as the gateway to the HafenCity, a former docklands area-turned fashionable waterfront district. Drop by the Kesselhaus InfoCenter for the low-down on this futuristic project then, for contrast, hop on a barge and explore the historic Speicherstadt, a clutch of redbrick storage houses that form the world’s largest continuous warehouse complex. Another way to travel back in time is on the fascinating Beatles Tour that takes fans to venues where the Fab Four cut their teeth back in the 1960s. Most of them are in St Pauli, the spruced-up historic red-light district whose clubs, bars and theatres are popular with people from all walks of life. North of St Pauli, the Schanzenviertel and Karolinenviertel quarters draw an artsy, boho-trendy crowd and teem with cool bars, boutiques and eateries.

Budapest
Your camera will have a love affair with Budapest, one of Europe’s most visually mesmerising cities. Just take the rickety funicular up Castle Hill in the late afternoon and watch the sun tint the mosaic of wide boulevards and twisting alleys, turreted churches and stately buildings, all set against the backdrop of the Danube. It’s easy to spend days in the Hungarian capital but there are three quintessential Budapest experiences you don’t want to miss: cappuccino at the New York Café, a traditional 19th-century coffeehouse dripping in regal opulence; relaxing at one of Budapest’s famous historic baths, such as the Art Nouveau Gellért Spa with its central, pillar-lined pool; and drinks at a ‘ruin pub’ – charmingly chaotic watering holes set in derelict buildings and decorated with mismatched furniture and urban art. Szimpla Kert was the first such bar but there are now plenty of others, many in the old Jewish quarter.

Barcelona
Barcelona’s stunning landmark Sagrada Família is a reflection of everything that’s so special about this Catalán city. In the making since 1882, Gaudí’s Modernista masterpiece is ambitious, playful and original, a steadily evolving symphony of style and grandeur that embraces the new while cherishing the old. Barcelona’s infectious spirit courses through its grand boulevards as much as its medieval lanes and avant-garde art and café-lined beach promenade. Soak it up while perusing the culinary bounty of century-old Mercat de la Boqueria market hall or go cool-hunting for fashions in the hip indie boutiques in the alleyways of the Passeig del Born area. Feast your eyes on art by Picasso, Miró and Gaudí, then seek cerebral relief by watching the world on parade on the La Rambla promenade or by escaping the bustle in Gaudí’s bewitching Parc Güell. Barcelona will surely cast a spell on you. 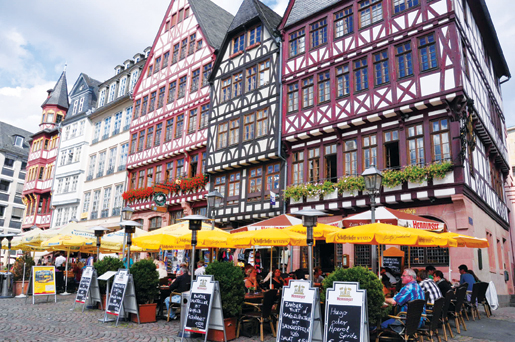 Frankfurt
Germany’s financial capital may first appear all buttoned-up, but behind the corporate demeanour lurks a city brimming with cultural, culinary and shopping diversions. Head to the south bank of the Main River for stellar views of the high-rise skyline and to pick your favourite among the dozen museums lined up along Museumsufer (museum embankment). The most famous is the 200-year-old Städel Museum, a showcase of 700 years’ worth of European art. From here, it’s a quick stroll to the charming Sachsenhausen district, home to quirky boutiques, galleries, trendy bars and traditional taverns serving local Ebbelwoi (alcoholic apple cider) and such specialties as boiled beef with Grüne Sosse, a green sauce made from herbs. For an up-to-the-minute gastro experience, head to the gentrifying red-light district around the main train station, where venues like Maxie Eisen, a sleek New York-style deli by day (speciality: pastrami) and a speakeasy-style bar by night, are harbingers of a bright future. 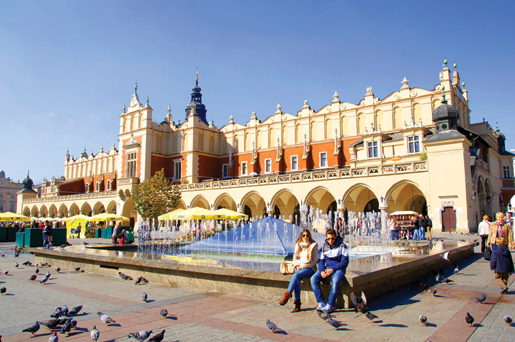 Krakow
Legend has it that Krakow was founded upon the defeat of a dragon and it is still a mythical kind of place today. Its gorgeously restored old town – centred on Rynek Glówny, Europe’s largest market square – is lorded over by Wawel Hill with its 16th-century palace and a cathedral where Polish royalty was crowned for four centuries. Today’s Krakow is a vibrant, forward-looking city with lively nightlife, a thriving culinary scene and such new attractions as the cutting-edge Museum of Modern Art. The latter abuts the former factory of Oscar Schindler, now home to an engaging exhibit about Krakow under Nazi Occupation. It’s a poignant reminder of the city’s proximity to Auschwitz, the Nazi-run death camp where 1.3 million people, most of them Jews, perished. These days, the camp is the biggest tourist attraction in Poland’s second-largest city, a sombre paean to a painful past.

Manchester
England’s ‘second city’ is a fine example of how an urban area can emerge from a post-industrialist daze and reinvent itself as a cultural hub. This year alone Manchester marks the opening of a £15 million (A$29 million) expansion of the Whitworth, a university-run art gallery whose encyclopaedic collection includes major works by Cézanne, Francis Bacon and William Turner. Also new this year is HOME, an edgy entertainment venue teeming with cinemas, a theatre, galleries and other facilities. And only last autumn, the restored former home of the Victorian-era novelist Elisabeth Gaskell opened to the public. Fans of history and architecture, meanwhile, will want to make a beeline to the spectacular Daniel Libeskind-designed Imperial War Museum North. Manchester’s lower-brow culture is thriving as well. The city supports two top European soccer teams, Manchester United and Manchester City, and also has a burgeoning live music scene fuelled by the legacy of such bands as The Smiths, Stone Roses and Oasis. •