The conservation-based and luxury Emirates One&Only Wolgan Valley property in the Blue Mountains of New South Wales has released the bespoke 1832 Wolgan Gin. Made from rich botanicals and the pristine waters found on site at Carne Creek, the artisan, locally-distilled gin has been made in collaboration with Mikey Enright owner of Sydney’s leading gin bar, The Barber Shop, and Ian Glen, distiller at the historical Stone Pine Distillery in Bathurst.

The drink was previewed at a One&Only event in Sydney last month, hosted at Enright’s speakeasy-style bar, The Barber Shop.

On Monday 3 December, the gin was officially released and also served that same day at the International Luxury Travel Market (ILTM) in Cannes.

The gin was named, explained James Wyndham, General Manager Emirates One&Only Wolgan Valley, after the historical settler cottage built at the property in 1832, where people such as Charles Darwin spent the evening. 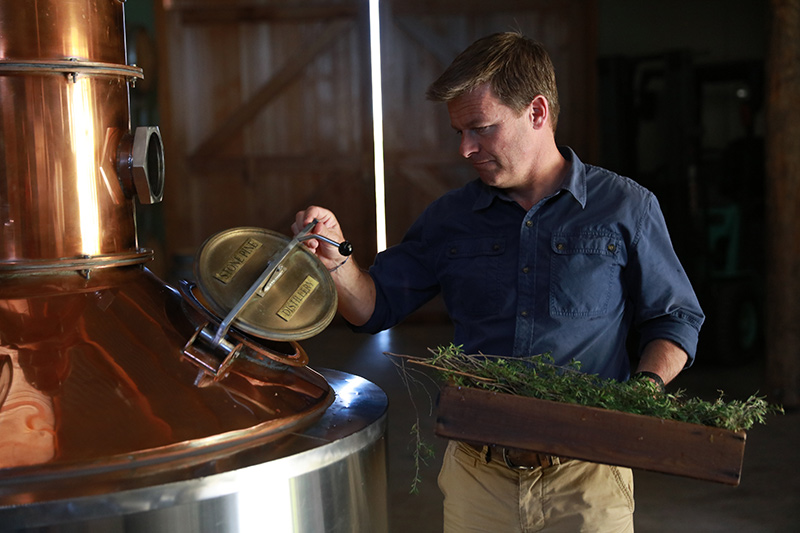 1832 Wolgan Gin is infused with seven native botanicals including hand-picked lemon-scented tea tree, coriander seed, finger lime, juniper berry, angelica root, orris root and liquorice root. “1832 Wolgan Gin reflects our passion here at Emirates One&Only Wolgan Valley to source seasonal and local produce to showcase the best of the region’s natural flavours,” said James Wyndham.  “We have foraged native botanicals and sourced pristine local waters to create a beautiful craft gin with true provenance. Mikey Enright from The Barber Shop is a passionate artisan who has collaborated with us on this project, and we have worked with the historical Stone Pine Distillery, not only because they are our neighbours, but also because their minimal-process approach to gin making is perfectly aligned with the sustainable ethos of Emirates One&Only Wolgan Valley.” 1832 Wolgan Gin is exclusively available to enjoy at Emirates One&Only Wolgan Valley resort and The Barber Shop in Sydney. Both venues will serve three bespoke cocktails crafted to showcase the unique flavour of 1832 Wolgan Gin – The One&Only, which is mixed with St Germain Elderflower, yuzu and French oak tincuture; as well as two versions of classic blends, Valley Gin & Tonic and Wolgan Martini. A limited quantity of bottles of 1832 Wolgan Gin will be available to purchase online here for A$132, plus freight.