Emirates has placed a cabin crew member on top of the world’s tallest building to celebrate the UAE moving onto the United Kingdom’s amber list.

Britain’s traffic light system dictates where its residents can travel. Red is no go, amber is go with some risk and green is all clear. The UAE moved from red to amber on August 8.

Emirate’s 33-second advertisement has stunned the world with many asking whether it was real. We can assure you it is.

Watch the Emirates ad on the Burj Khalifa below:

How did they do it?

It opens with a close-up shot of Smith-Lukvik in Emirates uniform holding message boards that read: “Moving the UAE to the UK amber list has made us feel on top of the world.”

The ad then pans out to reveal she’s standing on top of the 828m Burj Khalifa. The small disc the flight attendant stands on measures just 1.2m in circumference. 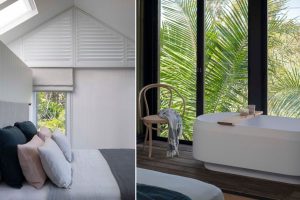 Emirates has since revealed it filmed the advertisement using a single drone. The company designed a custom platform with an attached pole for the stunt.

Smith-Lukvik stands attached to the pole at the top and is secured with a hidden harness.

Filming began at sunrise and the cast and crew had to climb for more than an hour and 15 minutes from level 160 of the Burj Khalifa to reach the top.

Watch the video below to see how it was done.

She now joins a handful of people including actor Tom Cruise and the Crown Prince of Dubai, to stand in the 1.2-metre space at the top of the building.

“The calm and confidence of the cabin crew you see in the ad is an embodiment of our frontline team, serving travellers and ensuring their safety.”