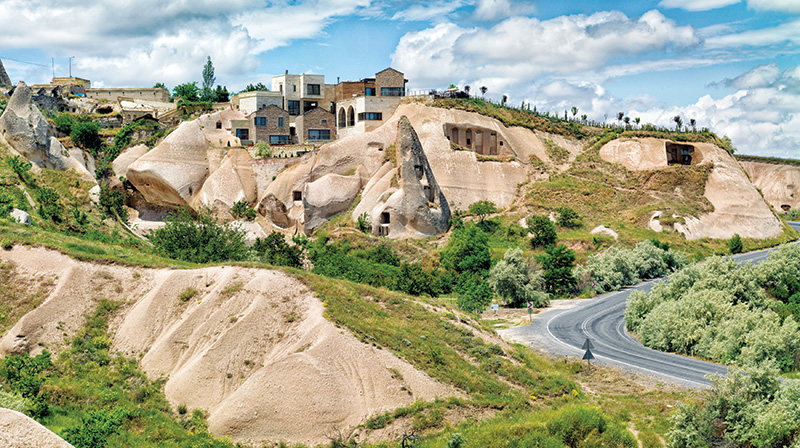 Named after an ancient sun goddess, Ariana Lodge offers contemporary eco-boutique accommodation immersed in an ancient landscape dating back to around 5,000 BC and some of the earliest settlements in world history.

Perched high on a hillside with breathtaking views of Turkey’s Uçhisar Valley, there are 11 stylishly-appointed suites to choose from, named after deities from Babylonian culture. Sustainable luxury is central to the experience, with minimal impact on the spectacular local environment.

Relax on the sun terraces, join a yoga session or indulge yourself with an alfresco massage and tuck into fine dining with seasonal menus and delicious local wines. Stay three nights to take advantage of a complimentary full-day tour of local sites like the underground city of Kaymakli, which is one of 36 underground cities in the area dating back as far as the 8th century BC – the most recent of which was discovered only in 2014.