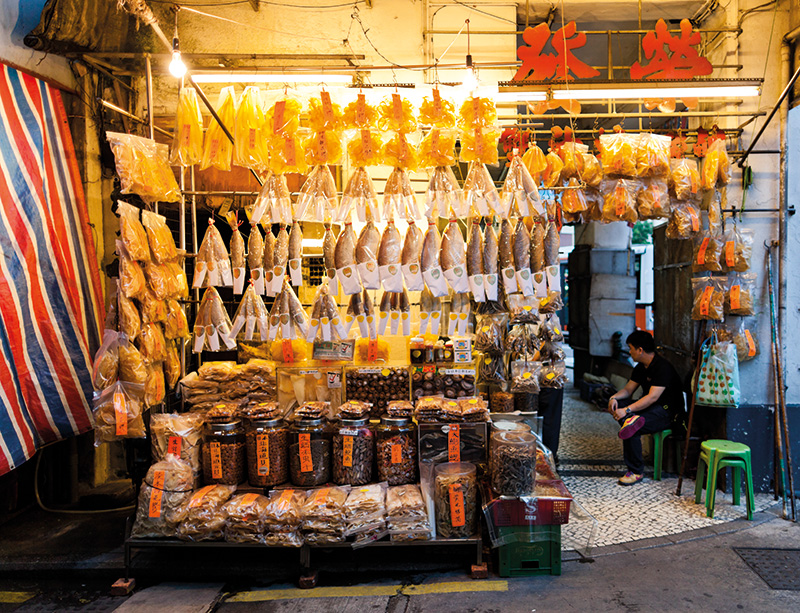 The aromas that drift past as you walk down the narrow cobblestone streets are as diverse as the cultures blended in this marriage of convenience known as Macao.
Established in the 16th century as the Portuguese gateway into China, Macao was once the most important commercial and cultural crossroad between Europe and Asia. About 60 kilometres south-west of bustling Hong Kong, it is strategically positioned on a tiny peninsula at the mouth of the Pearl River Delta of China’s Guangdong Province.

What grew here is a central hub where the cultures of ancient China and colonial Portugal flourished and mingled. The result is streets where a Taoist temple and a Catholic Church may sit almost side by side. You’ll find Chinese shops decorated with Mediterranean stucco, solid stone fortresses and classic Chinese gardens.
This diversity is preserved by the centre’s 21st-century role as a Special Administrative Region of the People’s Republic of China and Macao’s place on the UNESCO World Heritage List as the 31st heritage-listed site in China.

Today the 28.2 square kilometre territory of Macao includes the peninsular and two islands of Taipa and Coloane, linked by two bridges and a causeway.
Food in Macao is so tempting you’ll want to walk off your meals by visiting all the highlights and there’s no shortage of sightseeing opportunities. Start with the ruins of St Paul’s which have survived since a fire destroyed the 17th century Jesuit church in 1835, and the Monte Fort and Museum of Macao which offer panoramic city views. You can walk around the wave-like mosaic-paved Senado Square and discover the winding paths and moon-gates  of Macao’s picturesque A-Ma Temple. All are worth a spot on the must-see list.

If you are looking for thrills, Macao has the 10th highest tower in the world with a sky walk 233 metres above ground and a mast climb or bungee jump which may have you trembling at the knees. You can also rediscover the thrills achieved by top grand drivers including the late Ayrton Senna at the Macau Grand Prix Museum where there’s a display of winning cars, motorcycles and memorabilia.

Known as the ‘Monte Carlo of the Orient’, one of the side benefits of Macao’s many Las Vegas-themed casinos for non-players are the performances. Put the water-themed House of Dancing Water and its plot of shipwrecks, magical kingdoms, a dark queen, outstanding bravery and lovers united at the top of your list. There’s also plenty of free entertainment to enjoy including the Music Fountain Show, Tree of Prosperity and Dragon of Fortune at the Wynn Macao, the Fortune Diamond in the Galaxy Macao foyer and the neon lights of the Grand Lisboa.

Tread through the streets and you may stumble across  a bamboo theatre, where the entire building is constructed from bamboo, and a free performance of with all the drama, music, singing and acting of a Cantonese Opera

East certainly meets west in the kitchens of Macao, but  also through every part of this integrated society, offering  the visitor boundless opportunities and Macanese-style surprises. •

GETTING THERE
Fly to Hong Kong with Cathay Pacific and take a ferry or turbo jet to Macao. cathaypacific.com.au; cotaiwaterjet.com

WHERE TO STAY
Banyan Tree Macao is only a short 15-minute drive from Macao’s International Airport and 10 minutes from the Taipa Ferry Terminal. It’s an all-suite resort
hotel that promises and delivers luxury with indoor in-room relaxation pools and an award-winning spa. banyantree.com

WHAT TO EAT IN MACAU
With so many restaurants offering such a varied range of cuisines to suit all budget levels, Macao is a food adventure. When the Portuguese arrived in Macao, they not only brought their own favourite dishes, but also food and cooking styles from Africa and South America. Local Chinese adapted and combined the ingredients and methods into a fusion Macanese cuisine. You’ll find restaurants serving Italian, French, American, Brazilian, Japanese, Korean and Mozambican food as well as many other Asian cuisines. Here’re seven food treats to seek out: 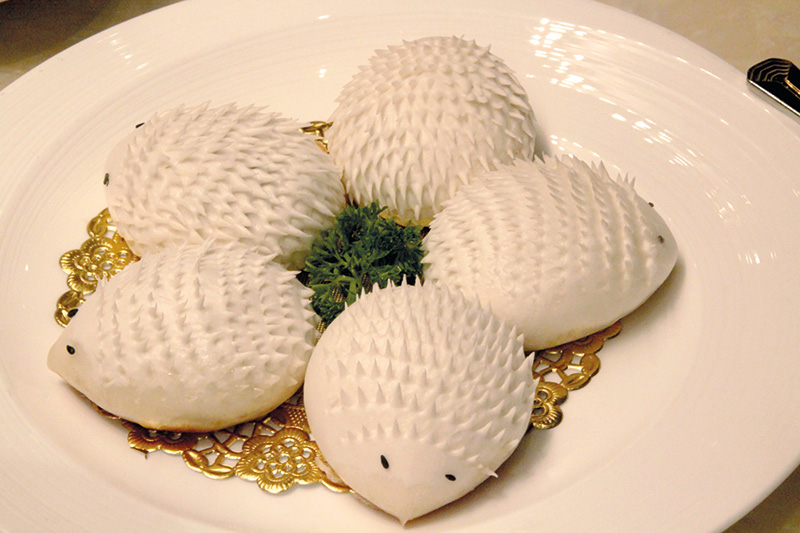 DO A DUMPLING
One of several Michelin-rated restaurants within the Grand Lisboa complex, The Eight is an intimate Chinese restaurant offering inventive Cantonese cuisine. The design is based on the traditional Chinese elements of goldfish and the number eight, with the creative menu including treats such as dumplings shaped like goldfish and pork buns shaped like porcupines. Don’t let the weird shapes put you off; this is delectable food.

SOME LIKE IT TART
The Portuguese egg tart has a crisp, flaky pastry shell with sweet, creamy egg custard filling and a caramelised sugar top. Think crème brulee in a tart and enjoy it best eaten warm. The original Lord Stow’s Bakery store located in Rua da Tassera on Coloane Island is renowned for their tarts.

FRESHLY BAKED COOKIES
A delicious aroma as you walk through the streets will lead you to find almond cookies baked on the premises. They have a nutty flavour and slightly gritty texture with a touch of salt to balance the sweetness. You can find a good selection strolling through Rua Do Cunha in Macao’s Taipa old village.

MEATLOVER’S BONANZA
You’ve found your people in Macau if you love jerky. Discover a wide selection of this dried meat displayed at the front of the shops. Think everything from wild boar
or piglet jerky, to beef shoulder or black pepper styles.

CHINESE FONDUE
Ta pin nou is a Chinese version of fondue with a large variety of seafood, meats and vegetables cooked in a boiling tureen on the table. Try Asian hotpot and seafood restaurant Xin at the Sheraton Macao Hotel.

DO THE MACANESE
Served in restaurants along Rua Almirante Sergio on the Praia Grande, some of the most popular Macanese style dishes include African chicken grilled with piri piri peppers, a hearty stew of Chinese vegetables and different meats known as tacho, and minchi, a simple dish of sautéed mince pork with potatoes and a few seasonings.