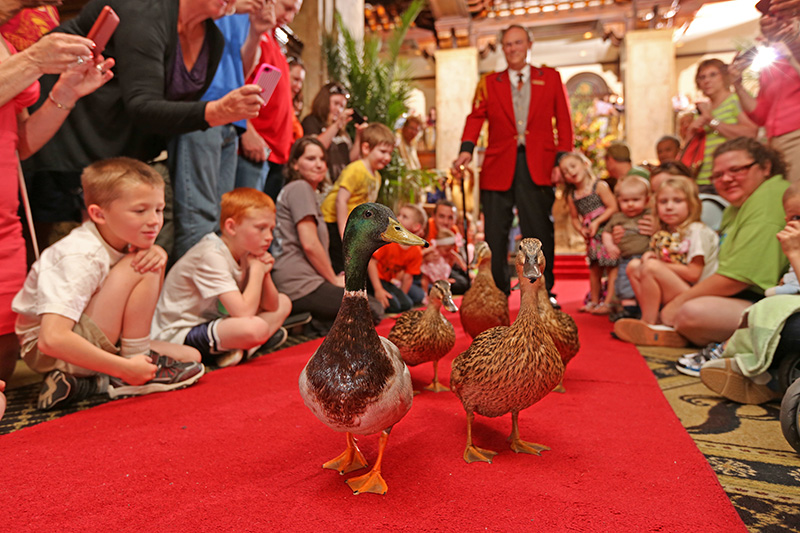 Not far from the famous Beale Street in Memphis, Tennessee, The Peabody is an elegant landmark hotel known as much for its stunning, marble-columned lobby, speciality suites, sumptuous on-site dining and renowned lobby bar, as it is for its famous Marching Ducks.

The ducks first appeared in the 1930s when the then General Manager of The Peabody and a friend returned from a weekend hunting trip with a little too much whiskey under the belt, and placed their live duck decoys (it was legal then) in the Peabody fountain.

Thus began a tradition and in 1940, Bellman Edward Pembroke, a former circus animal trainer, taught them the now-famous Peabody Duck March. Nearly 90 years after the inaugural march, ducks still visit the lobby fountain at 11am and 5pm each day and when not marching, they live in their very own Royal Duck Palace on the hotel’s rooftop.
peabodymemphis.com