Located deep in the South Pacific, half way between New Zealand and Peru, Pitcairn has been home to the descendants of the HMAV Bounty mutineers since 1790 and remains one of the most remote and undiscovered tourism destinations in the world. Access to Pitcairn is via a quarterly shipping service that offers 12 round-trips annually between Mangareva in French Polynesia and Pitcairn Island.

The 18-night/19-day  package includes two nights in Tahiti including transfers; four nights aboard Pitcairn’s supply ship Claymore II with all meals; plus 11 days homestay on Pitcairn including all meals, transfers and laundry. The package also includes return flights from Sydney, Brisbane or Melbourne flying Air Tahiti Nui via Auckland to Tahiti and domestic flights between Papeete and Mangareva, where guests board the Claymore II for the final leg to Pitcairn.

Packages start from at AUD $9,699 per person twin share for the 19-day package with 11 days stay on Pitcairn.

Limited spaces are still available for departures during November/December 2018 or register your interest for other departures.

For more information contact Spacifica Travel on 1800 800 722 or visit spacificatravel.com

Cruises are booming globally and Pitcairn Island is certainly benefitting from this booming travel sector. Pitcairn will see 14 cruise ships visit in 2019.

Half of these are small expedition style ships including National Geographic Orion, Paul Gauguin, Silver Explorer, Ponant Cruises and Noble Caledonia’s Island Sky. Most of these ships visit Pitcairn on voyages between Tahiti and Easter Island. On occasion, these cruises call at other uninhabited islands such as World Heritage listed Henderson and even more rarely visited, Ducie. For the first time, Tahiti-based Aranui 5 will be making 14-day round trip voyages to Pitcairn in January and March 2019. These cruises often bring their guests ashore at Pitcairn for a few hours to explore the island and experience what it truly means to be on a remote island in the Pacific.

Major cruise lines also include Pitcairn on their itineraries. These include Crystal Cruises, Oceania Cruises, P&O and Cunard, to name a few. These ships sail offshore for a few hours, whilst most of the 50 Pitcairn Islanders come aboard, setting up market stalls for souvenir and curio sales, in addition to holding lectures about life on the island.

More information on cruises calling at Pitcairn can be found at visitpitcairn.pn

Where can I stay on Pitcairn Island?

Pitcairn offers unique places to stay where guests can truly immerse themselves into island life. People often ask where can you stay on Pitcairn? Are there hotels, or do you stay on the ship? Even with a permanent population of only 50 people, Pitcairn offers a surprisingly wide range of accommodation. There are currently 13 registered accommodators on Pitcairn.

Amongst these are seven home stays, where guests stay with an island family who provide all meals, transfers and laundry. Guests have their own room and most offer a private guest bathroom.

There are three semi-private home stays, offering separate accommodation units, that include kitchenettes and the option of full or part board.

Three families rent out holiday homes for those who may choose a fully self-contained holiday. These accommodations can be pre-provisioned, or guests can purchase groceries form the general store and fruit and vegetables from Pitcairn Islanders who all grow their own fresh produce.

Whichever option visitors choose, on-island hosts are on hand to ensure their guests experience the warm hospitality Pitcairn is famous for. 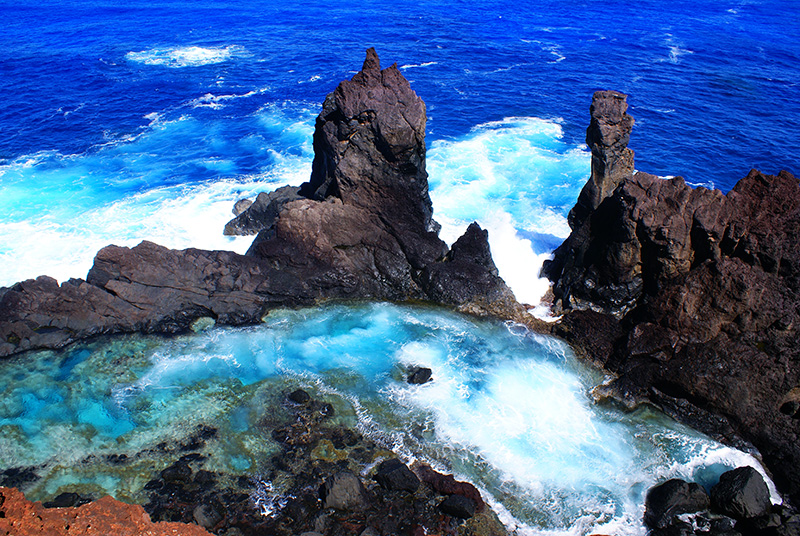