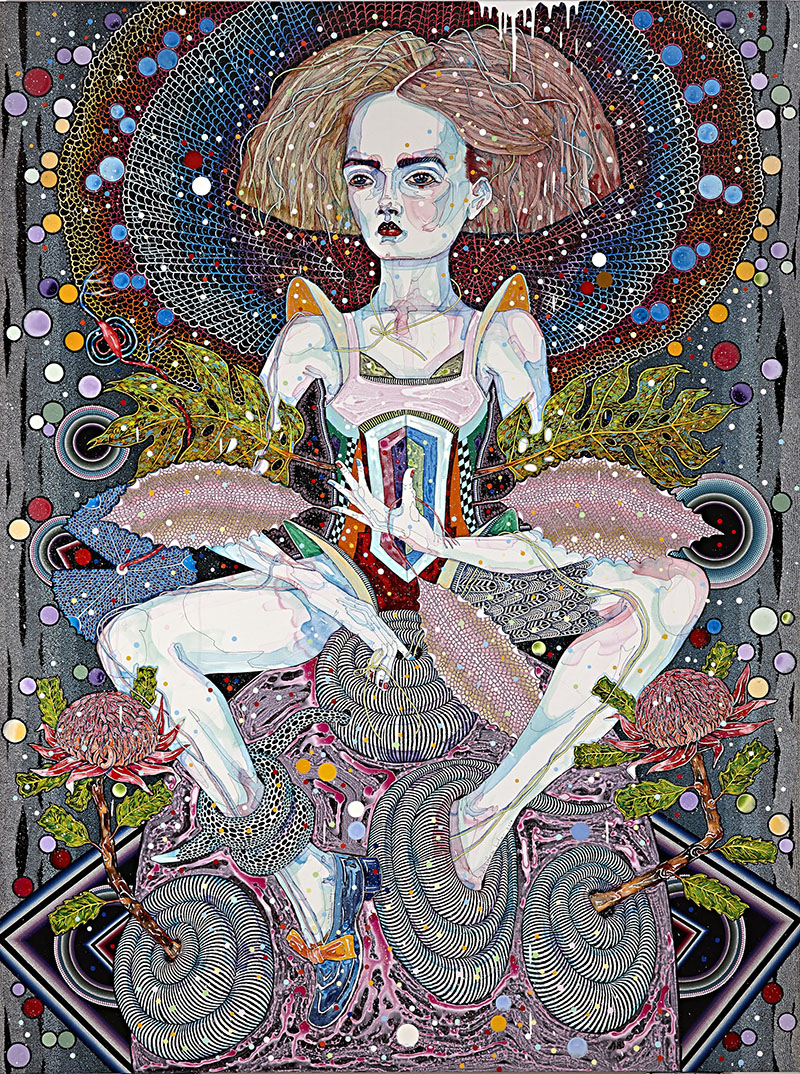 Two-time Archibald prize winner Del Kathryn Barton is being celebrated in the largest exhibition of her work at the National Gallery of Victoria.

Del Kathryn Barton: The Highway is a Disco features 150 astonishing works by Barton, including her renowned kaleidoscopic portraits and her short film Red, starring Cate Blanchett, which focuses on female empowerment. Barton won her first Archibald prize in 2008 for her self-portrait with her two children and again in 2013 for her portrait of Australian actor Hugo Weaving.

This show is deeply personal for Barton as her never-before-seen 2017 sculpture, At the Foot of Your Love, comprising printed silk and Huon pine, was created in response to her mother’s terminal illness. Sing Blood-Wings Sing, Barton’s newest and largest painting, is a female-focused reimagining of the 1963 song Puff the Magic Dragon, which blurs human, mythological and animal representations in her signature style.

The exhibition is on at the Ian Potter Centre: NGV Australia until 12 March, 2018. 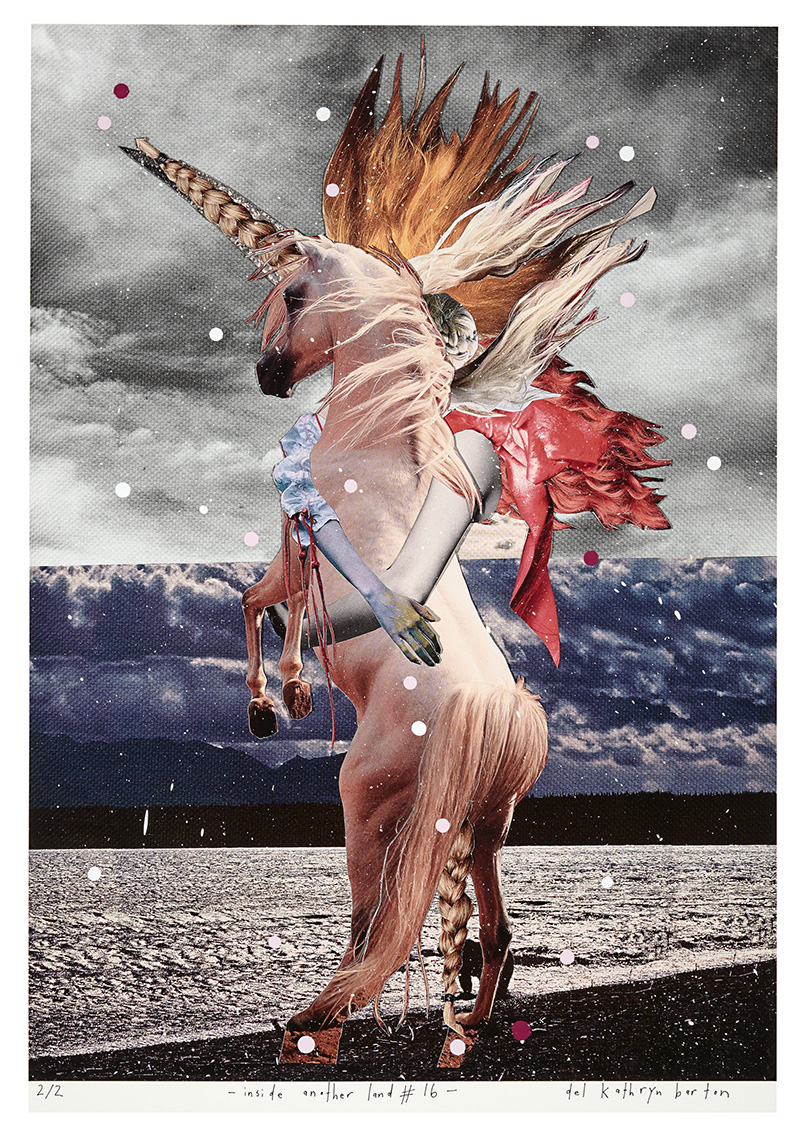