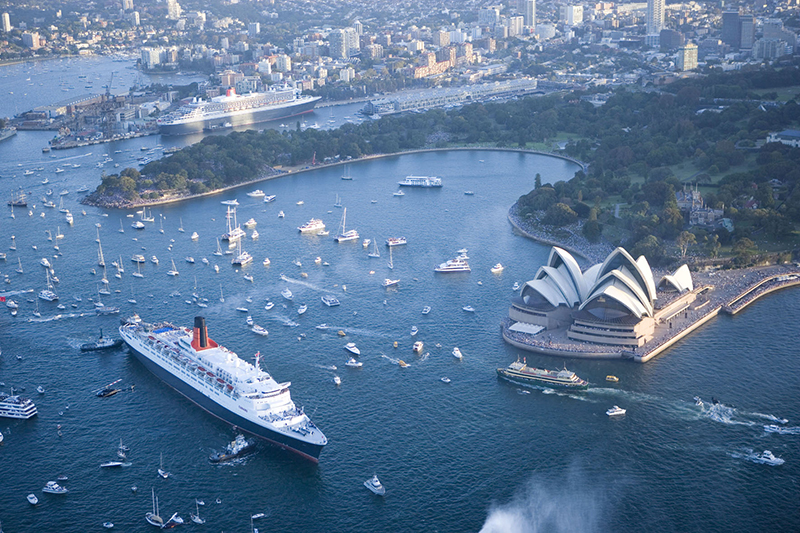 The newly remastered Queen Mary 2 sailed into Sydney Harbour with her younger sister Queen Elizabeth for a Royal Rendezvous over the weekend, marking 10 years since the iconic ocean liner made her first visit to Australia.

Since Queen Mary 2’s first visit to Australia in 2007, Australian cruise passenger numbers have jumped by an average of 20 percent per year, growing from 250,000 to more than a million per year.

“Queen Mary 2’s maiden visit to Sydney captured the imagination of thousands upon thousands of Australians, who fell in love with her classic style as well as her state-of-the-art features, and without question, she put cruising on many Australians’ wish lists and helped fuel the industry’s phenomenal growth Down Under,” Carnival Australia executive chairman Ann Sherry says.

Her 2019 Australian season will offer a total 27 combination cruises, offering Aussies a greater range of options to experience Cunard than ever before, with seven different itineraries from Sydney and Melbourne, including two trans-Tasman voyages, three to Tasmania and stopping by South Australia.