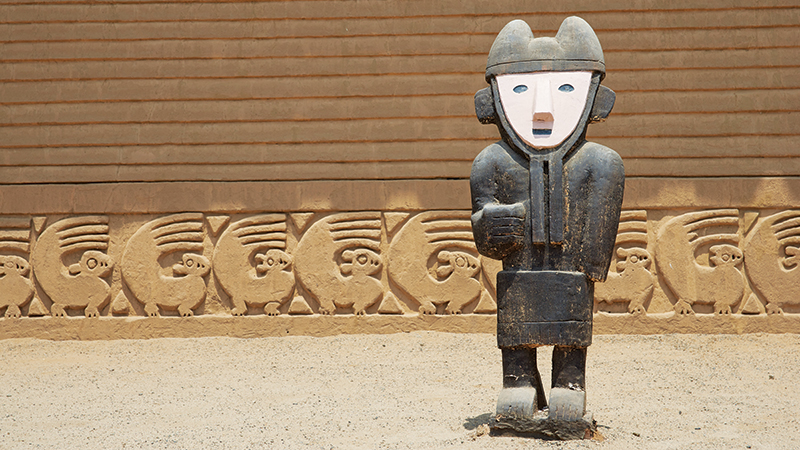 Having been advised to learn some tourist Spanish for this trip, practising rolling my ‘r’s only started in earnest a few days before departure on my cruise along the coast of South America. The initial highlight is at the first port of Puerto Caldera, Costa Rica where the small, elegant expedition ship, Le Boréal, waits just for me. During the nine-night cruise, we visit an exotic island in Costa Rica, discover the highlights of Ecuador, see the glorious people, vivid handicrafts and archaeological sites of Peru, and finish in Callao, Lima’s enormous and rather new shipping port. Travelling with the French cruise company Ponant on one of the five yachts in their world-wide fleet, makes it different from most cruising. It’s a small ship with a very intimate feel about it.

The mandatory zodiac and snorkelling briefing prepares us for our first stop at Costa Rica’s Cocos Island, a lush uninhabited World Heritage site and a critical habitat for marine wildlife. Jacques Cousteau, the famous French undersea explorer, who visited several times, called it the most beautiful island in the world. After hiking through the tropical rainforest then enjoying a rewarding swim under one of the waterfalls along the vertiginous basalt cliffs and getting close to hammerhead sharks on the afternoon snorkel, I’m inclined to agree. Also used as headquarters for pirates like Sir Francis Drake and Captain William Dampier between 1578 and 1821 makes the island all the more exciting. Both were explorers but were pirates too as our excellent historian, Kris Lane, explains in one of his daily lectures.

The inflatable and manoeuvrable zodiacs return us safely to Le Boréal in time for cocktails with Captain Erwann Le Rouzic around the pool on deck six, one of many splendid areas for enjoying what’s on offer on board our luxurious floating hotel. With just 132 cabins, some deluxe, some suites and only seven levels, it’s the ideal size for quickly getting to know your way round. I ignore the lifts to ward off those extra kilos that could sneak on with excellent food morning, noon and night.

French influenced cuisine is prevalent but far from the only choice. Beef bourguignon, flawless pastries, every choice of cheese and even frogs legs which I try once, adorn the buffet at La Boussole. À la carte dinner is available at La Licorne, where passengers, most of them French, dress up as only the French can do. Not only is alcohol free with every meal but the cocktail of the day, like “In-Seine” with gin, white mint malt, blue curacao, lime juice, sugar cane syrup and absinthe is also on the house. 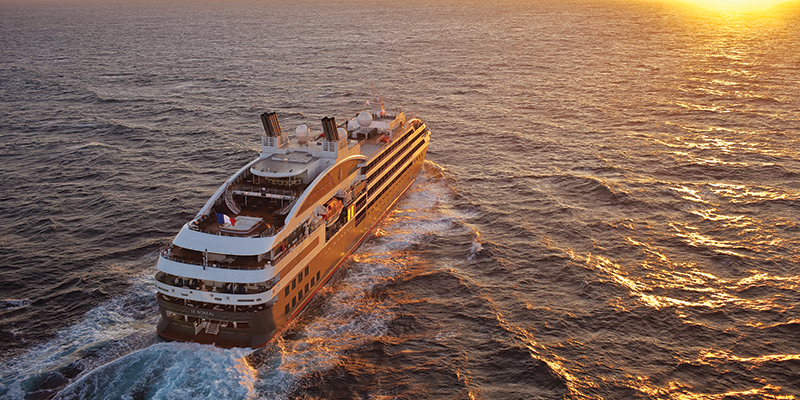 Following a relaxing two days at sea, we head to Guayaquil in Ecuador, a major port today as it was in colonial times. This gives me ample opportunity to experience the gym, spa and library. With three treadmills, a rower and four bikes, exercising in the bright, open gymnasium doesn’t seem that laborious while gazing happily out to sea.

Ecuador, a mainly Catholic country of 16 million, has 15 varieties of bananas grown on plantations stretching forever south from Guayaquil. There are shrimp farms dotted along the waterways which have become an important export for Ecuador, a country that doesn’t reap the benefits of tourism like its neighbours Peru and Chile. But its main and most famous export is the Panama hat. Yes, Panama hats were invented in Ecuador in the 1800s. A major contributor to the misnomer is the Panama Canal where workers often wore the hats but it was one photo taken in 1906 that is frequently credited for both the name and the fashion. When President Theodore Roosevelt was photographed wearing a black banded straw hat on an inspection of the Panama Canal excavation, it was published around the world and consequently referred to as the President’s Panama hat. On my visit to the main Panama hat factory, Ecua-Andino, they religiously tag each item, handmade with 100 per cent natural fibre for sale as ‘Made in Ecuador’ but the name will never change. Each hat is handmade and of course I couldn’t and didn’t resist buying one. Another notable attraction in Guayaquil is Iguana Park located next to the main cathedral. Here, these lizard-like animals often perch in trees, with our guide Javier warning us not to loiter underneath.

The next port is Salaverry, 30 minutes from Trujillo, Peru’s second largest city. The Spanish built spectacular churches with gold altars and filled the city with convents and schools. Our excursion includes the attractive city square and a guided tour through Chan Chan, an 11,000-square-metre archaeological site with wide open Chimu temples. We complete a great day at the beach in Huanchaco, where straw kayaks (Caballitos de Totora) are used for fishing and surfing. In summer it’s buzzing with surfers from all over the world. No wonder. You can rent a room on the beach front for US$300 per month and enjoy a healthy plate of locally caught fish and vegetables for around eight dollars. 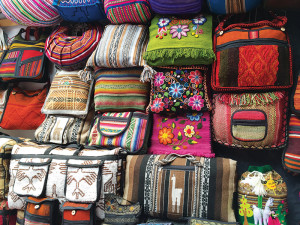 During another glorious day’s sailing, I try all the comfort zones on board before we moor at Callao in Lima, Peru’s capital and largest city. With a ‘desert’ coast (it hasn’t rained for years) it’s the cultural and economic hub of the country. Most passengers choose “Colonial Lima” as their preferred excursion rather than Pachacamac’s ruins or the Gold Museum. Understandable for a city founded by Spanish conquistador Francisco Pizarro in 1535 and eventually becoming the most important city in the Viceroyalty of Peru encompassing most of Spain’s possessions in South America. On the tour we see masses of churches, convents, monuments, handicraft markets, mansions and El Parque del Amor. Known also as the capital of gastronomy, we try enchiladas, superb coffee and Ceviche, an entrée of fresh fish marinated in citrus juices at one of Lima’s most popular restaurants, where I finally put my tourist Spanish to good use.

PONANT
PONANT offers several Latin America and Caribbean voyages a year and will be introducing some extraordinary voyages in 2016 including South Africa, Madagascar and the Seychelles Islands for the first time, plus new itineraries in the Pacific, Latin America and Asia. 1300-737-178: ponant.com