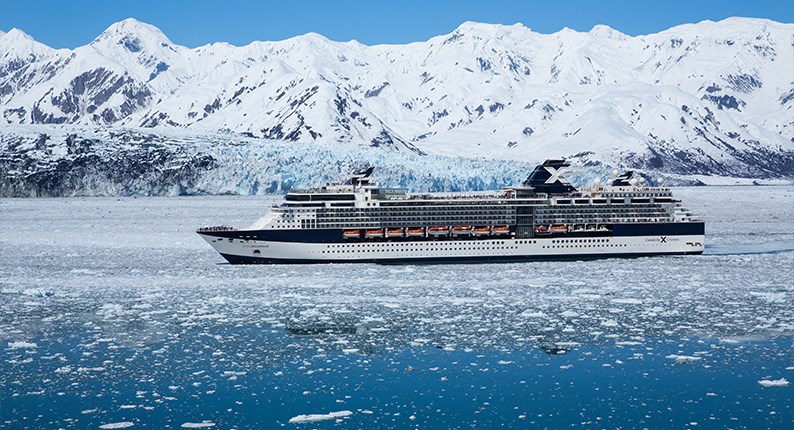 Celebrity Cruises has marked the first departure of its Alaskan cruises for the season with a 65 percent increase in Australian passengers. The cruise line is expecting to host 5,500 Aussies across three of its modern ships, as they experience one of the most spectacular destinations in the world. Celebrity Solstice has just embarked on her first Alaskan sailing for 2016, while Celebrity Infinity and Celebrity Millenium have undergone extensive revitalisations which has included new dining and entertainment offerings. 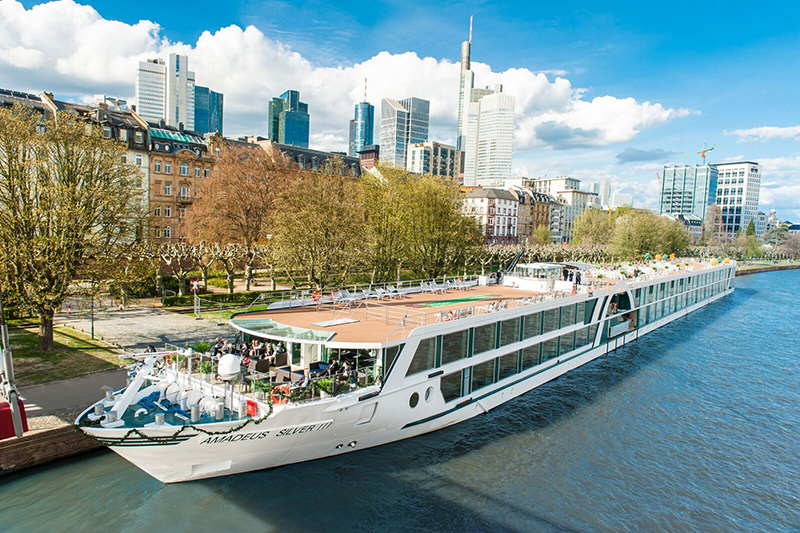 Amras Cruises has welcomed its newest ship, Amadeus Silver III, which departed on her inaugural sailing on 30 April. The 135-metre ship features beautifully appointed and expansive public areas, 12 generous suites with external balconies, and 72 enlarged cabins, making it one of the most spacious river cruise vessels to sail the European waterways. Priding itself on authentic experiences paired with excellent value, Amras Cruises’ inclusive pricing encompasses all meals with fine wine and local draughts, shore excursions, entertainment, and more. European Summer 2016 sailings include the 10-day Classical Rhine & The Swiss Alps, sailing Amsterdam to Lucerne, taking in the Netherlands, Germany and France. 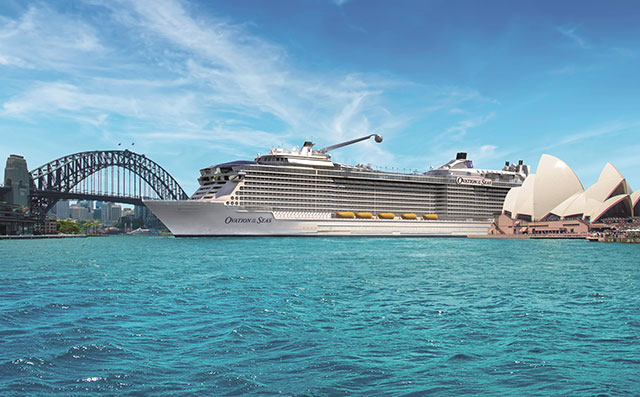 Four new cruises added to Ovation of the Seas

In response to high demand, Royal Caribbean International has added four new cruises for Ovation of the Seas, departing in January and February 2017. As part of the ship’s season extension, two short cruises will be on offer, including a five-night Tasmania taster departing Sydney 23 January and a three-night weekend sampler cruise departing 17 February. Additionally, she will sail two mid-length cruises; an eight-night voyage to Tasmania and South Australia departing 9 February, and a 12-night sailing to New Zealand and the South Pacific, including calls to Auckland, Tauranga, Bay of Islands, Noumea in New Caledonia and Mystery Island in Vanuatu, departing 28 January.
In related news, Royal Caribbean is making its high-speed internet service VOOM available on all 24 ships in its fleet.

Cruiseco has announced the exclusive charter of Ponant’s small luxury, expedition vessel, L’Austral, for a 40-night Australian circumnavigation voyage, highlighting some of Australia’s most fascinating destinations outside the capital cities. Departing Sydney 25 January 2018, guests will be offered an intimate and authentic cruising experience on a voyage exclusively designed for Cruiseco, where they will be joined by a specialist expedition team to provide historic insights of each port, as well as flora, fauna and landscapes. Guests will have the option to select from a number of overnight excursions away from the ship, with highlights including Daintree National Park, 12 Apostles in Port Campbell, and Darwin with optional tours to Kakadu. 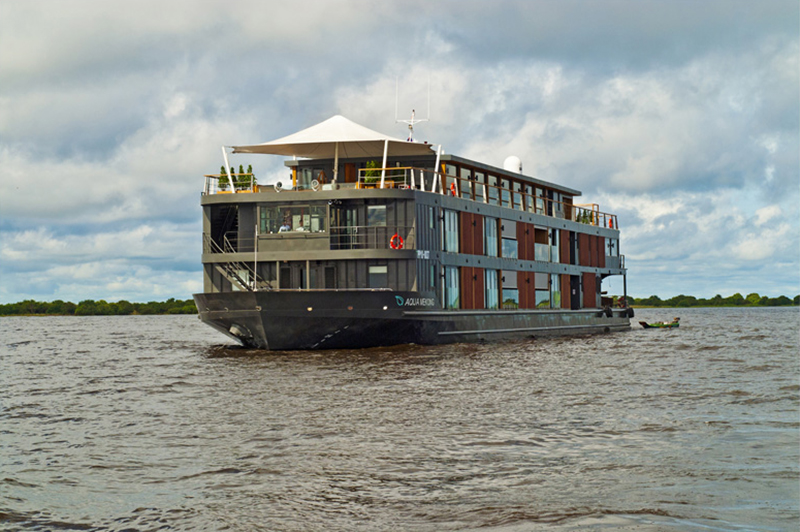 Aqua Expeditions has launched a family travel promotion in response to the demand for more inspiring, educational and authentic travel experiences for children. Children between the ages of seven and 12 will stay on board the Aqua Mekong for free when sharing with both parents in a triple cabin or accompanied by a single parent. The luxury river cruise line has tailored its new activities to take families on an unforgettable educational experience down the Mekong River on-board its luxury all-suite vessel Aqua Mekong, with children able to partake in experiential learning activities such as cycling visits to local fishing villages, community interaction, exploring the wet markets, interactive cooking classes, kayaking, fishing, and more. 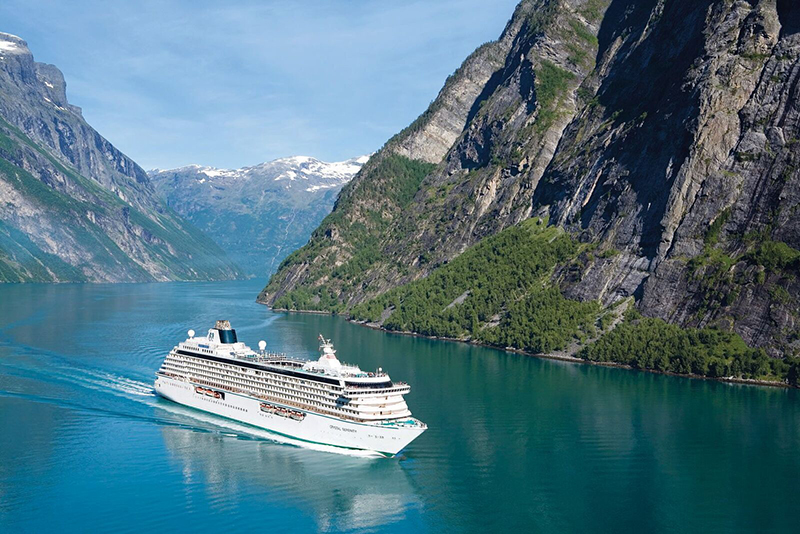 Crystal Cruises has released its 2017-2018 Worldwide Cruise Atlas, comprising 240 pages showcasing 109 global cruise line itineraries aboard the cruise line’s award-winning ocean ships, Crystal Symphony and Crystal Serenity. Sailing to 116 countries and making 469 ports of call, the Atlas offers discerning luxury travellers a full two years to plan the cruise holiday of their dreams. Destination highlights include Crystal’s first ever voyage into Papua New Guinea, a 32-day Northwest Passage in response to overwhelming demand in 2016, the first-ever holiday cruise in Africa and in 2018, four World Cruises in a single year encompassing both ships for a customised global odyssey.
In related news, this year will see three new 14-day Caribbean voyages take place in November and December, aboard Crystal Serenity. The island-hopping sailings can either begin or end with an overnight stay in New Orleans, and will visit destinations such as French West Indies, British Virgin Islands, Turks & Caicos, and Grand Cayman. 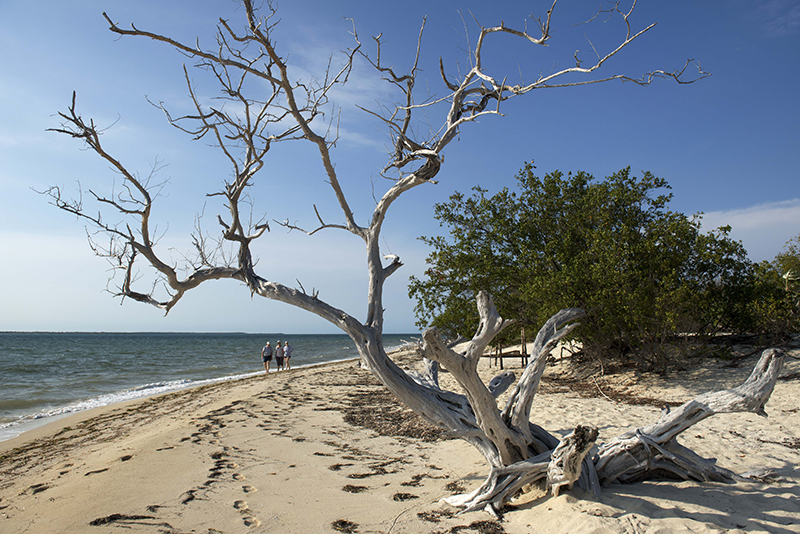 Lindblad Expeditions-National Geographic has announced Cuba by Land and Sea: Cultural Heritage and Natural Wonders. The 10-night program combines extraordinary people-to-people visits that capture the country’s vibrant cultures and political history, with exploring Cuba’s natural history and pristine marine habitats.  The first program departs December 7, 2016, with 16 consecutive departures through March 2017, and will commence with a three-night stay at the historic Hotel Nacional in Havana before departing on a seven-night voyage of Cuba’s Southern Coast aboard Panorama II. Voyage highlights include learning about conservation efforts for the region’s unique flora and fauna, experiencing Cuba’s celebrated music traditions, and pending permission from Cuban officials, a visit to the Bay of Pigs, and Jardines de la Reina (Gardens of the Queen) Marine Park. 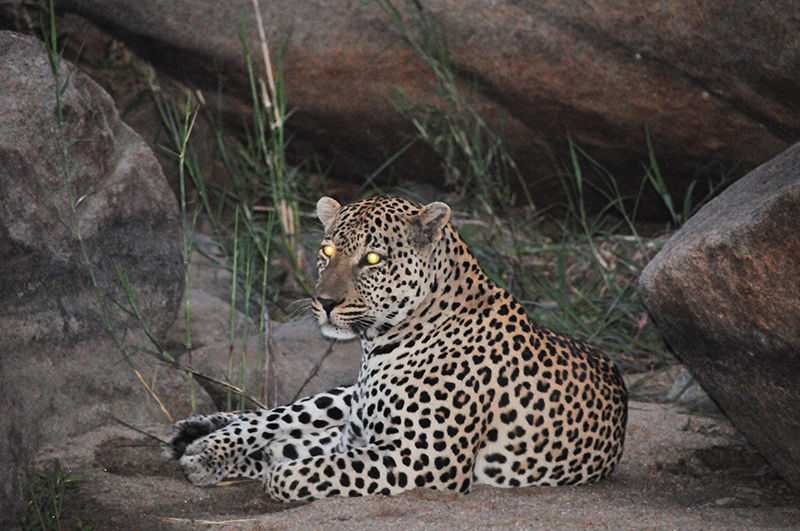 Elite travel company Latitude 33 is offering a complimentary 16-night cruise aboard the Queen Mary 2 from Cape Town to Fremantle when a 16-night ‘Seven Wonders of South Africa’ journey is booked before 20 May 2016. This luxurious tour commences with a two-night stay at the Four Seasons in Johannesburg on 11 January 2017 before flying by private plane to &Beyond Phinda Mountain Lodge and includes privately chartered planes, a privately chartered rail journey on Rovos Rail’s Pride of Africa including an exclusive golf program and a 16-night cruise, from Cape Town back to Fremantle aboard the QM2. 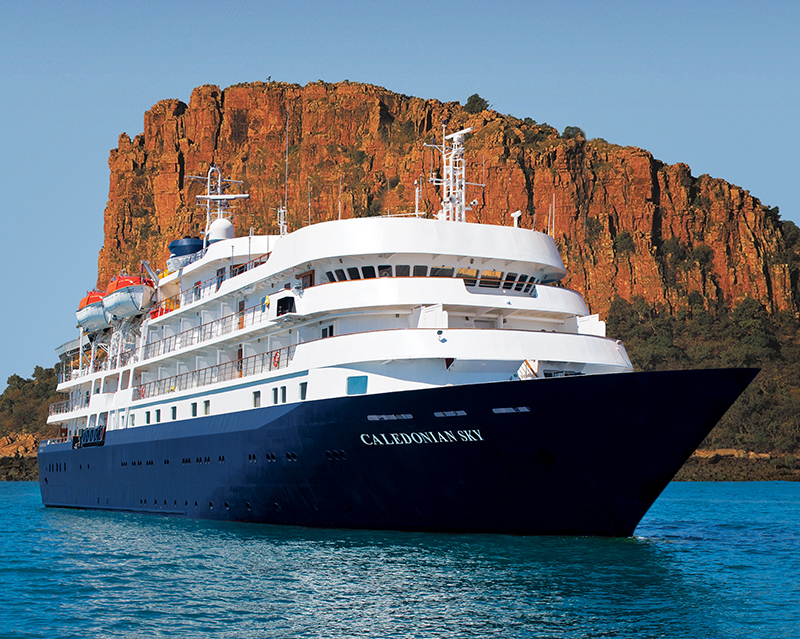 Travel operator, APT, is expanding its Kimberley Coast Cruising in 2017, with a choice of luxury, expedition and boutique cruises across three different ships. The latest addition to the portfolio is L’Austral, a luxury cruise experience for those who enjoy APT’s fully inclusive lifestyle both on and off the ship. Expedition cruise ship MS Caledonian Sky will offer a choice of five departures on its popular 11-day Kimberley Coast Cruise, while a choice of three boutique cruises will be on offer aboard the Coral Discoverer. Showcasing the highlights of the Kimberley region, APT is also offering a range of 4WD Kimberley Wilderness Adventures so guests can explore the region from land and sea. 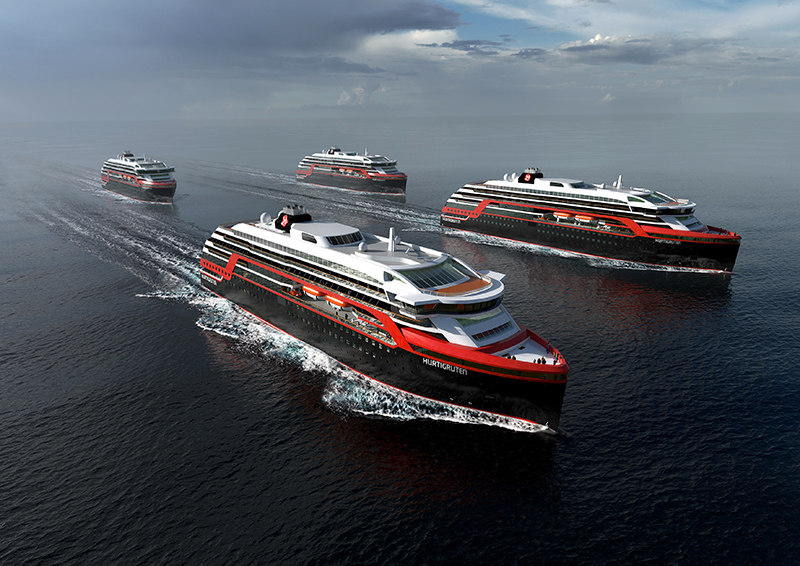 In response to growing demand for adventure travel, Norwegian cruise line Hurtigruten has ordered four new ships for its 2018/19 sailings, marking the company’s largest investment to date.  The new state-of-the-art vessels will be designed with sustainability in mind, and customised specifically for adventure-rich expedition voyages in the Arctic and Antarctic regions, as well as the Norwegian coastline, offering a host of activities for adventure seekers, such as climbing, kayaking, rib-tours, and whale and sea eagle safaris, embarking on some of the world’s most beautiful and unspoilt natural surroundings. The ships will also offer lectures relevant to the destinations they visit from experts in history, zoology, botany, and environmental science, with experienced expedition teams accompanying passengers on educational excursions. 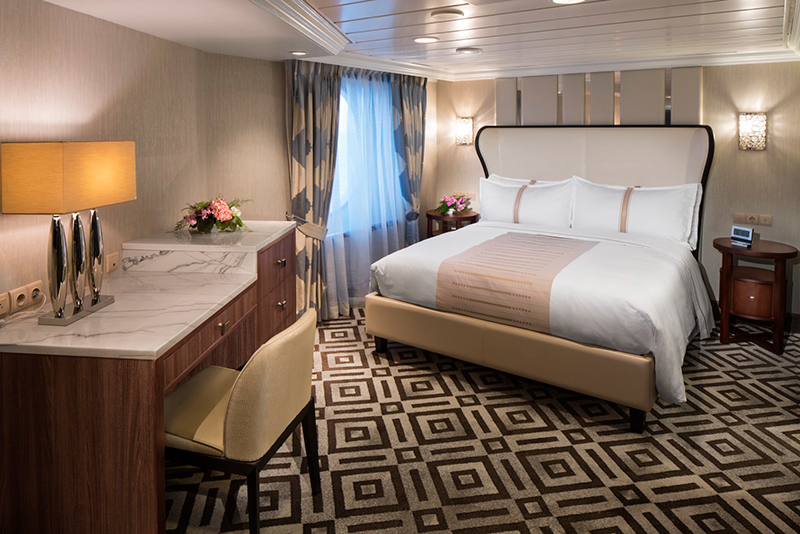 The second of boutique cruise brand Azamara Club Cruises’ upmarket ships, Azamara Quest, has emerged from her revitalisation, bringing guests a new look and refreshed amenities. Like her sister Azamara Journey, she has been completely refitted with new venues and technologies, including luxurious new Spa Suites built adjacent to the Sanctum Spa for exclusive access, transformation of the Pool Grill area into a spacious sit-down al fresco dining venue as well as reimagined restaurants, lounges and furniture. Azamara Journey will make her Australian debut this coming summer season, when she arrives down under in early February 2017, and both ships will return to Australia during 2018. 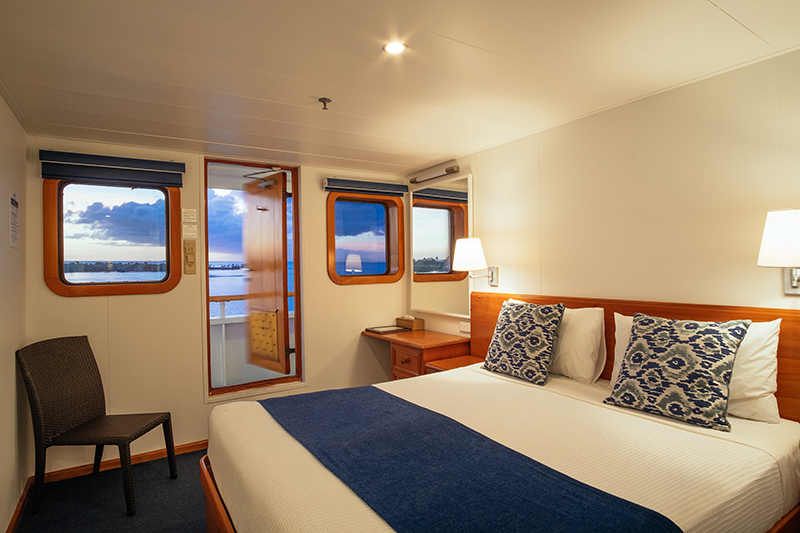 Captain Cook Cruises Fiji has completed its two million dollar refurbishment of small ship cruise vessel, MV Reef Endeavour, which hosts three, four, seven and eleven night cruises around the Mamanuca and Yasawa Islands and remote northern Islands of Fiji. The refurbishment took place throughout all suites, staterooms and cabins, with all staterooms and suites on A deck now featuring a new en-suite. The sundeck now features new carpet, charthouse, jacuzzi and windbreak glass to protect the alfresco dining area, while C Deck has been fitted with new public bathrooms and new windows in the Lounge and Dining rooms. 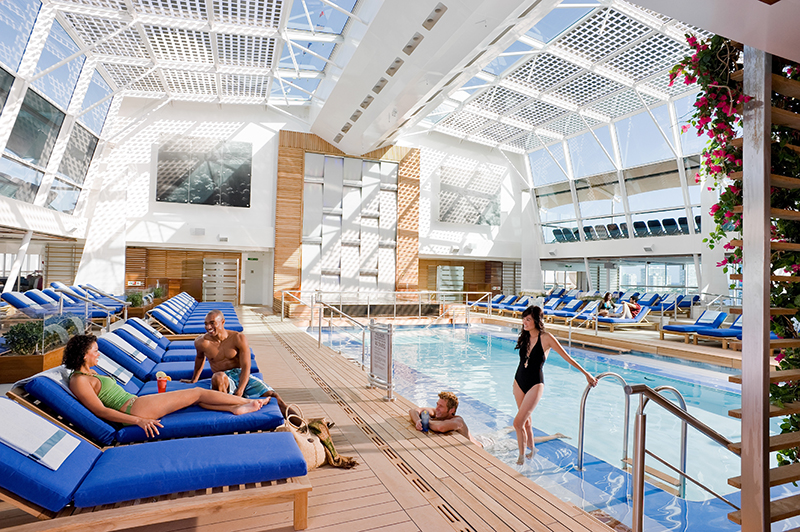 Celebrity Cruises is offering guests free return flights for two repositioning Asian sailings onboard Celebrity Solstice, for bookings in Balcony Staterooms or above, made before 24 May 2016. There is a 14-night cruise departing Sydney 8 October 2016, calling into Brisbane, Cairns, the Whitsundays, Darwin and Bali before arriving in Singapore, or alternatively, there is a reverse 14-night itinerary, departing Singapore on 31 October. 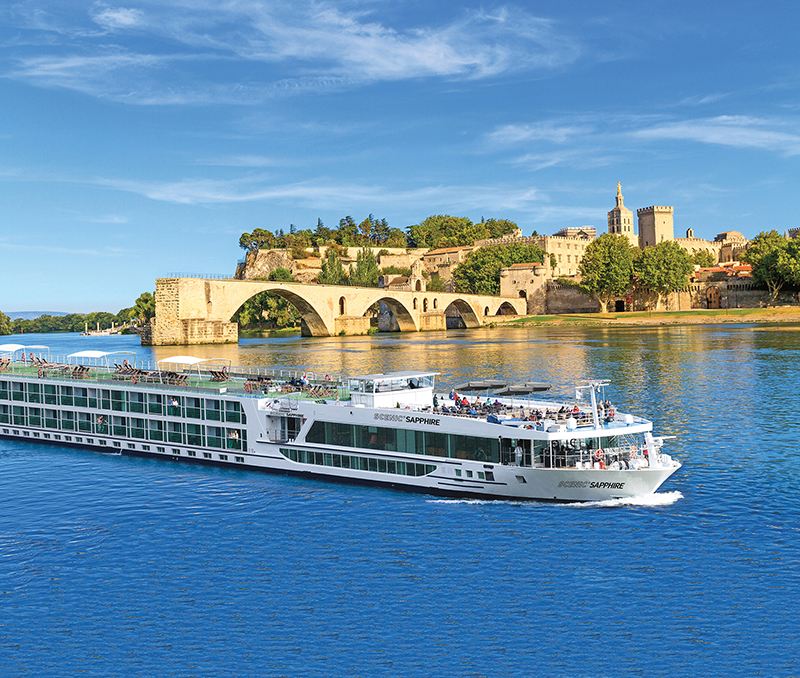 Scenic’s newly launched 2017 Europe River Cruising program includes a rebuild of three Scenic Space-Ships in France, and the launch of on-board cooking school, Scenic Culinaire, plus new Freechoice activities. Scenic Enrich experiences and a number of new combination cruises. The redesigned ships, Scenic Diamond, Scenic Emerald and Scenic Sapphire will open up public spaces and reducing the number of passengers, offering guests an even more personalised level of service than ever before, and will also feature two Royal Owner’s Suites on the Diamond Deck, larger wellness centres and gyms plus a vitality pool. Six new combination cruises range from the 19 Day Eastern European Endeavour from Prague to Bucharest along the Danube and through the Black Sea region, to the 27 Day European Sojourn, cruising from Budapest through the Rhine-Main-Danube rivers and connecting with the Rhône in Lyon, ending in Nice.