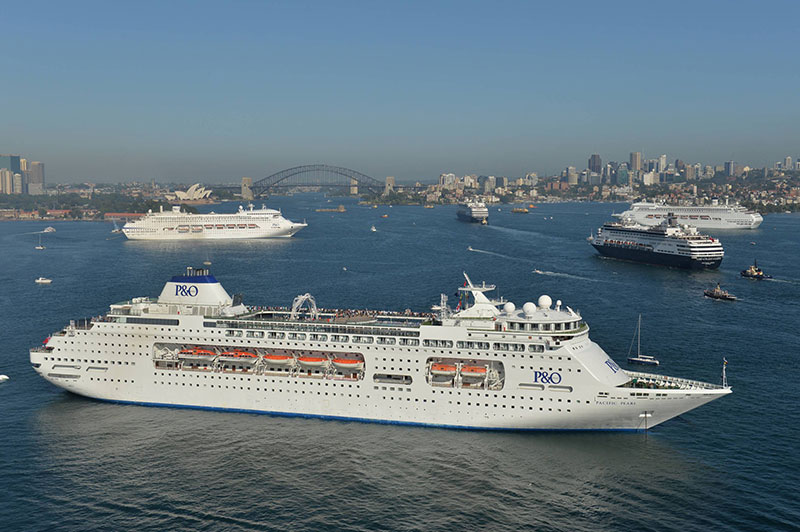 P&O Cruises has celebrated a record year of local cruising with its expanded five ship fleet carrying almost half a million holidaymakers in its first year. In the year since Pacific Aria and Pacific Eden debuted in the P&O fleet as part of a five-ship spectacular on Sydney Harbour, the cruise line’s passengers have surged by 55 per cent with more than 460,000 guests welcomed onboard its five ships. Pacific Aria and Pacific Eden have carried a total of 160,000 guests from seven regional ports.
Furthermore, the cruise line is set to expand its fleet when it takes ownership of Carnival Cruise Line’s Carnival Splendour in 2019. The 3,000-guest ship will be refurbished and renamed, and will become the local fleet’s biggest ship. The ship is well suited to the Australian and New Zealand markets and year-round cruising, with features that are in line with P&O’s contemporary style of cruising. In four years P&O Cruises will have doubled capacity by welcoming four ships – Pacific Aria, Pacific Eden and Pacific Explorer as well as the additional ship in 2019 – as part of the remarkable evolution of the brand.
pocruises.com.au 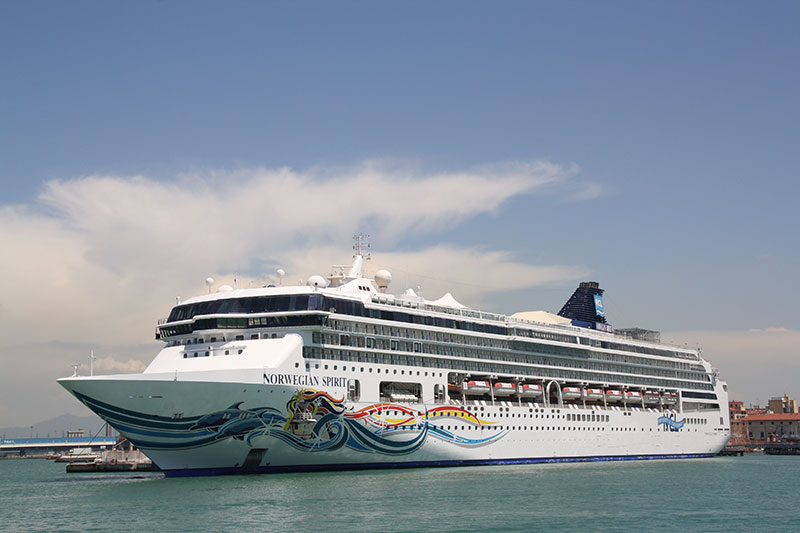 Norwegian Cruise Line’s 2018/2019 program
Norwegian Cruise Line has unveiled its 2018/2019 itineraries, with sailings spanning across the globe from the warm waters of the Caribbean and adventure-filled coasts of South America, to the awe-inspiring glaciers of Alaska, Norway and beyond. Highlights include Norwegian Escape sailing to the Caribbean and Bermuda from New York, Norwegian Breakaway sailing Scandinavia & Russia from Copenhagen, Norwegian Bliss sailing to Alaska from Seattle, and bucket list destinations including Cape Horn and the Panama Canal. The award-winning cruise line offers “Freestyle Cruising” which offers guests more freedom and flexibility to enjoy a relaxed, resort style cruise holiday on some of the newest and most contemporary ships at sea.
ncl.com.au 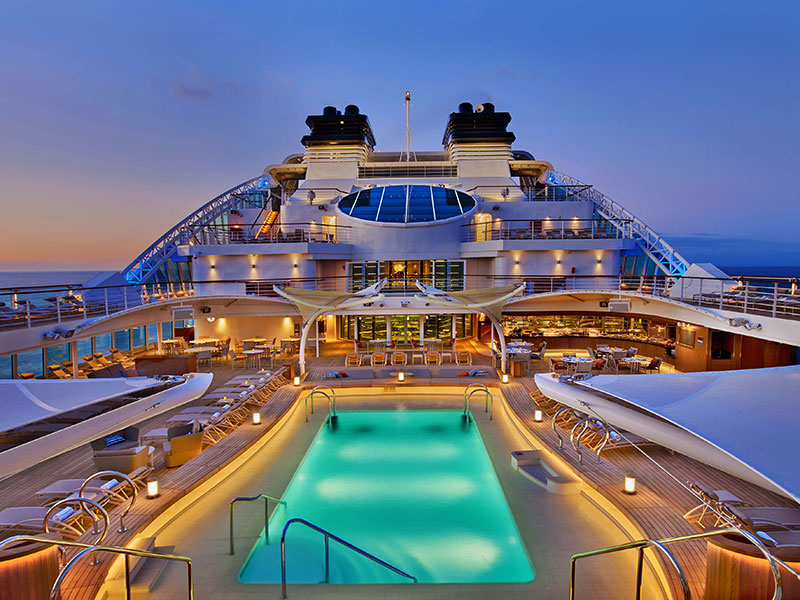 Seabourn Encore
Ultra-luxury cruise line Seabourn has unveiled the first images of tis newest all-suite vessel, Seabourn Encore, which launched in Marghera, Italy, earlier this month. The vessel features modern design elements and innovations in keeping with Seabourn’s reputation for understated elegance, including 300 elegantly appointed suites each with a private verandah. The ship will also feature the cruise line’s first dedicated sushi restaurant, Sushi, featuring a fresh menu of authentic Japanese dishes with a twist of Seabourn’s renowned culinary expertise. The ship will be officially christened at a ceremony in Singapore on 7 January, 2017, before arriving in Australia 22 January, where she will spend almost two months cruising local waters. She will be the youngest ultra-luxury ship to visit Australia, and in April 2017, will return to Europe to cruise the Mediterranean for the northern summer.
encore.seabourn.com 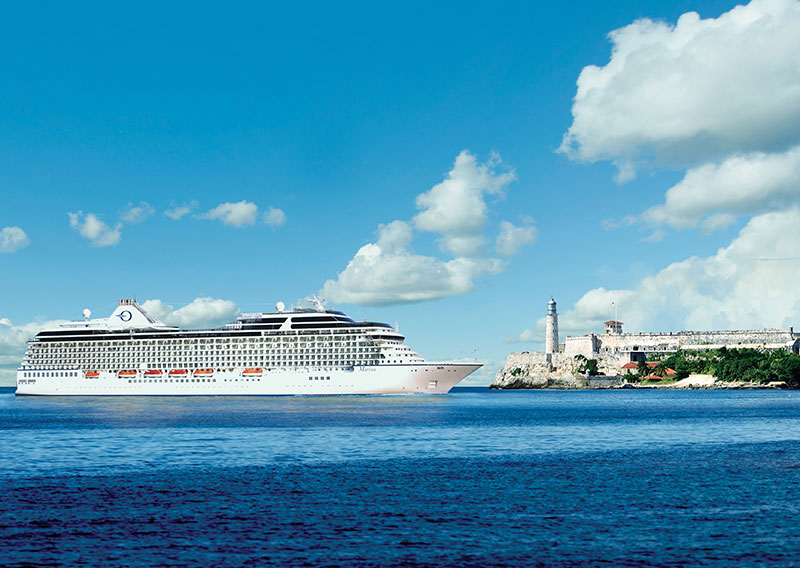 Oceania Cruises sailing to Cuba
Oceania Cruises has been granted official government approval to operate cruises to Cuba, commencing March 2017. The cruise line has revealed its first three inaugural roundtrip voyages, due to launch from Miami 17 March. Sailing onboard Marina, the voyages will call on the legendary city of Havana, with one 14-day and two 10-day Caribbean cruise itineraries, offering guests a once-in-a-lifetime opportunity to discover the rich culture, history and natural beauty found throughout Cuba, as well as experience the warmth and hospitality of its people.
oceaniacruises.com 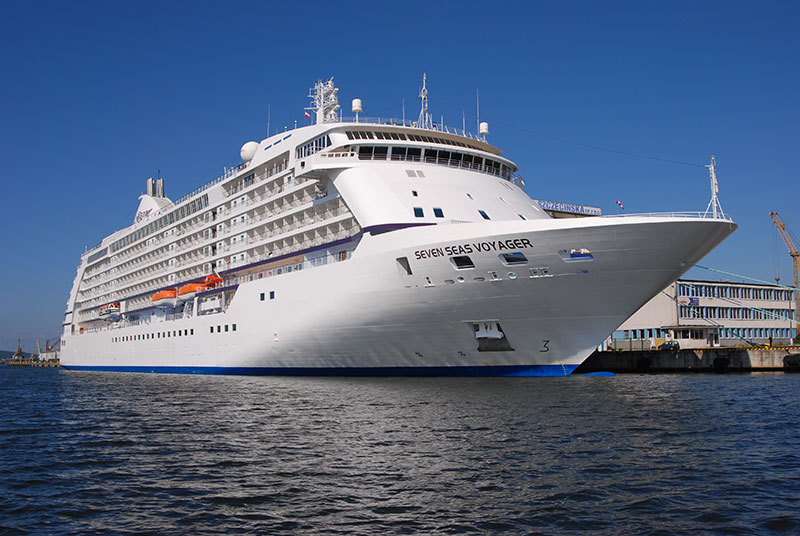 Seven Seas Voyager gets makeover
Following an extensive 25-day restoration, Seven Seas Voyager has unveiled her luxurious new look, featuring all-new décor and a new collection of spectacular production shows in the Constellation Theatre. The restoration is part of luxury cruise line Regent Seven Seas Cruises’ US $125 million fleet-wide refurbishment which has ensured the ship now has the same elegant style and attention to detail as seen on sister ship Seven Seas Explorer, providing all of the line’s ships with a consistent look and feel.
rssc.com 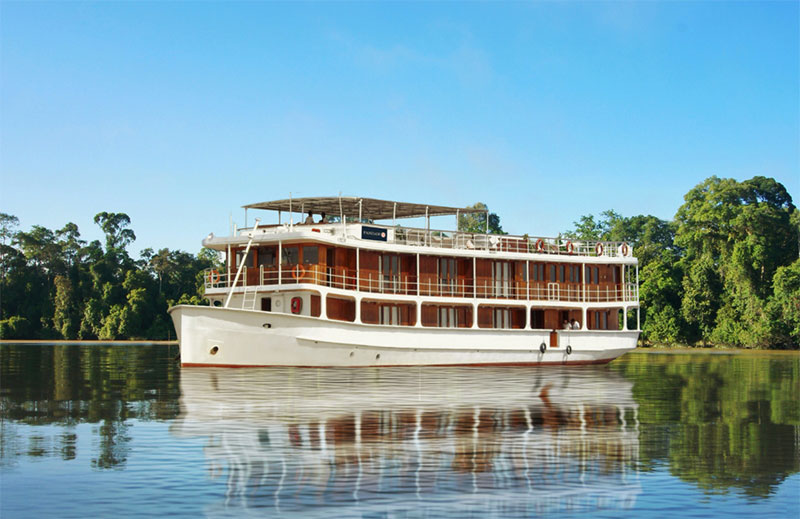 Pandaw’s new river ship
Pandaw has acquired a new ship, which will be deployed to West Kalimantan, Borneo. Originally named the L’Amant, the charming twelve-cabin river ship was built in Saigon in 2006, sailing deluxe cruises on the Mekong Delta. To be renamed the Kapuas Pandaw, the ship will be refitted in the Pandaw style and delivered to Borneo before the end of 2016 in time for its inaugural river expedition on the Kapuas, launching February 2017.
pandaw.com 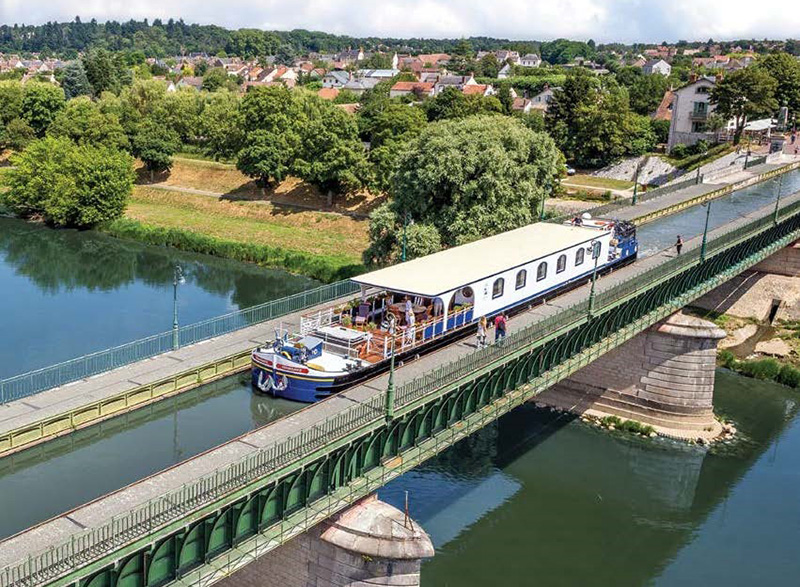 Free weekend in Paris
European Waterways is offering a free weekend at the four-star Hotel Westminster in central Paris for guests who charter the luxury hotel barge Renaissance in 2017. The hotel stay includes breakfast and can be used either pre- or post-cruise, and can also be combined with current specials. Offering a truly scenic voyage through France’s Upper Loire region on the Canal de Briare, the intimate, eight-passenger Renaissance cruise is the height of luxury and fine dining amongst France’s oldest canal, lush countryside and storybook villages. This cruise is popular for its gourmet dining and excursions that include châteaux tours, private wine tastings and cultural attractions in a region famous for its white wines.
gobarging.com 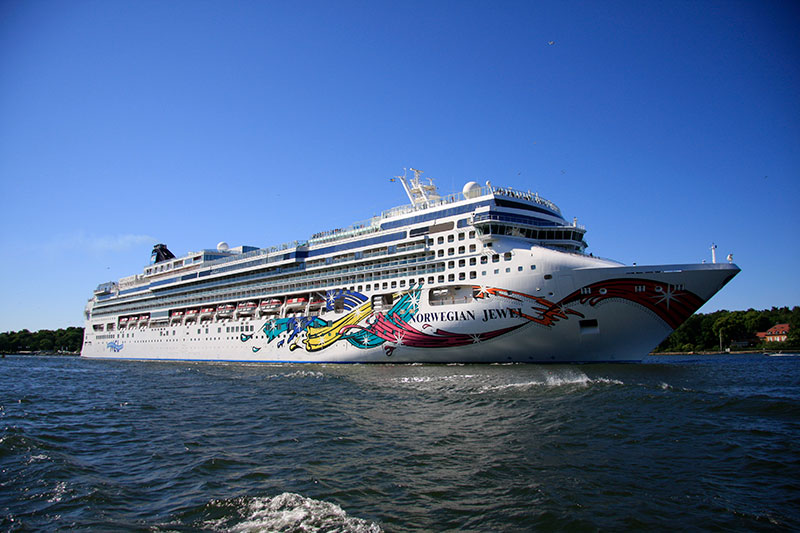 Norwegian Jewel’s 2017 Christmas cruise
With Norwegian Jewel set to homeport in Australia during the 2017 Christmas season, families keen to sample the joys of Christmas cruising can take advantage of Norwegian Cruise Line’s special “Free at Sea” offer, extended for all bookings made before 5 February 2017. The offer allows guests to enjoy up to five complimentary offers including free beverage packages, specialty dining packages, 250 minutes of Wi-Fi, reduced friends and family rate and shore excursion credit. All about flexibility and extensive choice, guests of all ages will find a dining, pampering, fitness, entertainment and accommodation option to suit on board Norwegian Jewel, making multi-generational travel simple, enjoyable and smooth, especially with itineraries in local waters. The 13-day Christmas and New Year roundtrip sailing from Sydney to New Zealand visits Melbourne, Burnie, Wellington, Napier, Rotorua, Auckland and the Bay of Islands, departing 23 December 2017.
ncl.com.au 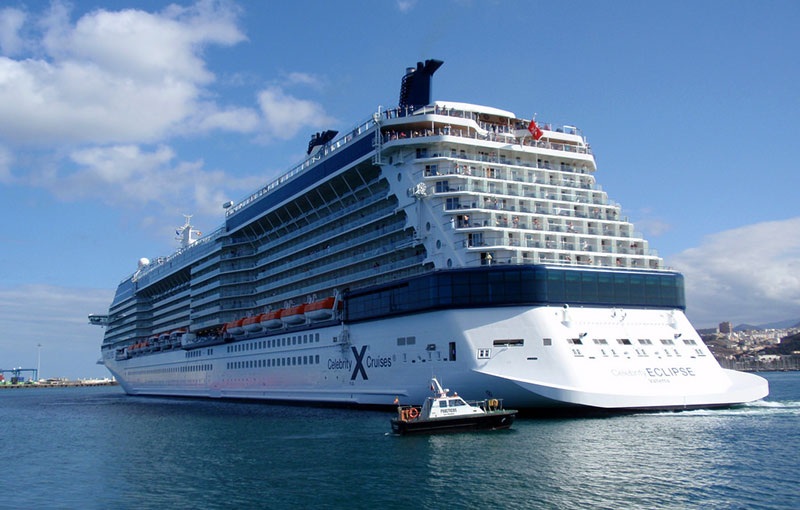 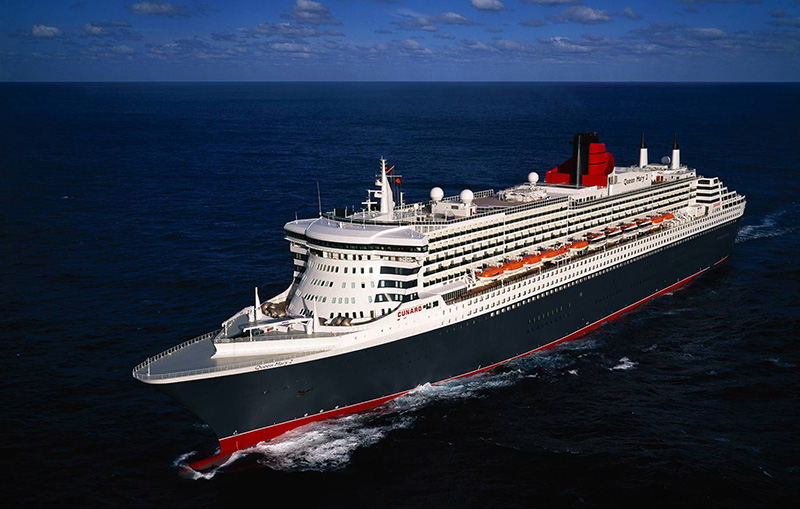 Cunard’s wine education courses at sea
Luxury cruise brand Cunard has teamed up with the Wine & Spirit Education Trust (WSET) to offer certified wine and spirit courses to its guests. The courses will initially be available on Queen Mary 2’s westbound Transatlantic crossings and world voyages, with further courses expected for Queen Victoria and Queen Elizabeth later in 2017. The WSET Level 1 Award in Wines course gives a hands-on introduction to the world of wine for beginners, covering the basics of wine types and styles through sight, smell and taste, as well as how to store wine and match with food, while the Level 2 Award in Wines and Spirits is a beginner to intermediate level course, ideal for enthusiasts seeking a core understanding of wine and spirits.
cunard.com 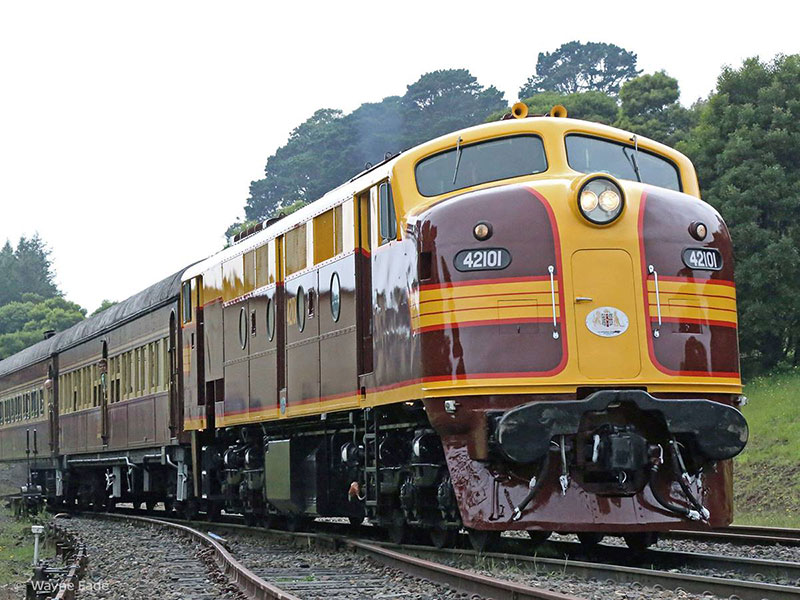 A trip back in time with Cruise Express
Cruise Express has launched a never-before-offered cruise trip, featuring a historic train with the best preserved heritage locomotive and carriages in Australia. Paying homage to a golden age when travellers journeyed by rail and sea, the new, five-day ‘Melbourne Limited’ tour in April 2017, will see guests sail from Melbourne to Sydney aboard the modern Golden Princess and return on two immaculately preserved trains – the ‘Melbourne Limited’ and the famous ‘Spirit of Progress’, with carriages dating back to the 1920s. The short break adventure begins in Melbourne on April 19, 2017, with a two-night cruise to Sydney aboard Princess Cruises’ 17-deck Golden Princess.
cruiseexpress.com.au