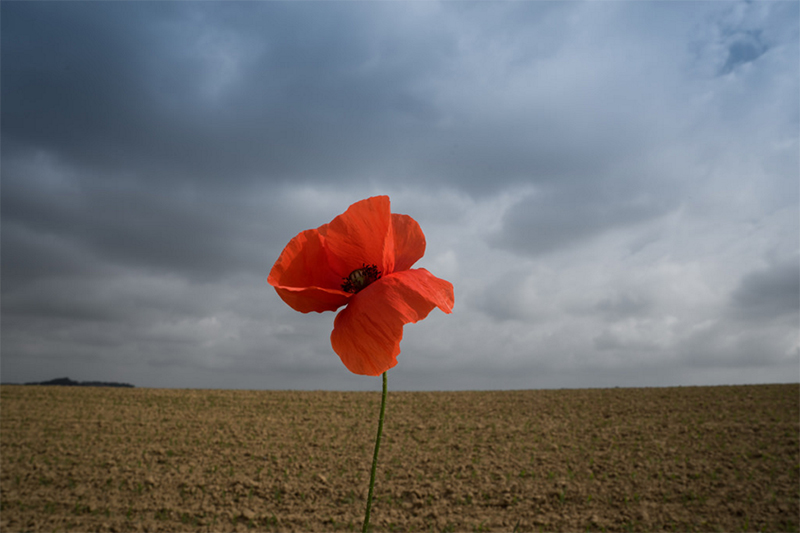 As Australia and New Zealand get ready to commemorate ANZAC day this coming Monday, 25 April, Flanders, the Flemish region of Belgium, reflects on the dramatic events that took place across its battlefields during the First World War one hundred years ago.

From 2016 through 2018, Flanders will be commemorating the centenary of the Flanders Fields battles, inviting visitors to remember the victims and pay respects.

Many museums, exhibitions and events will take place, shedding new light on various parts of the Great War, while themed walking, biking and driving tours will guide visitors through the region, which is dotted with hundreds of monuments and plenty of remnants and reminders of WWI.

One of these events commenced in 2014 in the form of an ever-evolving installation called ComingWorldRememberMe, and will run through 2018. Thousands of people from Flanders and around the world have come together to partake in the moulding of 600,000 clay sculptures representing each of the victims that lost their life in Belgium in WWI. Each sculpture will be identified by a dog tag containing the name of the victim and the sculpture’s maker, uniting different generations and nationalities in this very special commemoration.

In addition to the vast array of memorial sites throughout the landscape of the region, there will be no shortage of ways and opportunities to contribute to the commemoration. Here is a list of highlights to experience in Flanders in 2016, 2017, and 2018.

Käthe Kollwitz exhibition at Käthe Kollwitz Museum – Showcasing the German expressionist artist and her work, the renovated museum will display 30 of her etchings, highlighting her life after the war, in which her son was killed, and the impact it had on her work.
koekelare.be

The Vrede Festival – Taking a stand against violence and war, both past and present, this year’s festival focuses on women; female artists, writers, peace activists and journalists.
tenvrede.be

International Blacksmithing Event – Over 200 blacksmiths from around the world will come together at this event in Ypres to create “The Poppy Cenotaph”, a steel plate measuring seven metres high and two metres wide, into which a large Flanders Fields poppy has been cut, with a further 2,000 metal poppies attached to its pillar.
ypres.2016.com

1917, From Mine Explosions to Floating Mud Sea – Exhibitions and info stands on major WWI sites throughout various locations in Flanders Fields will introduce visitors to the stories and relics of the infamous Battles of Messines and Passchendaele.
flandersfields.be/1917

Wood of Peace – On 12 October 2017, a tree will be planted for every fallen soldier with a known grave at the two British cemeteries of Polygon Wood, with an additional monument built for all missing soldiers, keeping their memory alive in the new park.
passchendaele2017.org

ANZAC Day Dawn Service – Paying tribute to all the Australian and New Zealand soldiers who fought during WWI, this commemoration service in Zonnebeke will commence at 6am with the traditional Dawn Service at Buttes New British Cemetery in Polygon Wood where many Australian and Kiwi soldiers were laid to rest.
passchendaele2017.org

Summer of ’18 – From July through August 2018, a series of GoneWest concerts will complement the local summer events in Flanders’ westernmost parts, to the common themes of multiculturalism, diversity, youth, hope and future.
gonewest.be

The Final Offensive: The Yanks Are Coming – This temporary exhibition sheds a light on the presence of the four American divisions that fought in Flanders during the final offensive, examining the education, origin, equipment and uniforms of these troops, and features numerous themed activities such as battlefield tours and the annual Living History event.
passchendaele.be

Healing – This exhibition is held in Popperinge where the WWI commemorations will conclude with a message of hope and consolation, and will include a comfort route which will take guests to consoling pavilions decorated with healing art and poetry.
poperinge14-18.be