Jacek Oleksinski is a landscape and travel photographer from Malmö, in southern Sweden, who spends his time outdoors taking beautiful and emotion-provoking landscape photos. Here, he shares his favourite shots of a trip he took to Kyrgyzstan, also referred to as “The Pearl of Asia.” Located along the ancient Silk Road between China and Kazakstan, in Central Asia, Kyrgyzstan is surrounded by the breathtaking Tian Shan Mountains, and is a rugged and captivating country of wild beauty and mystery, as Jacek so beautifully captures. 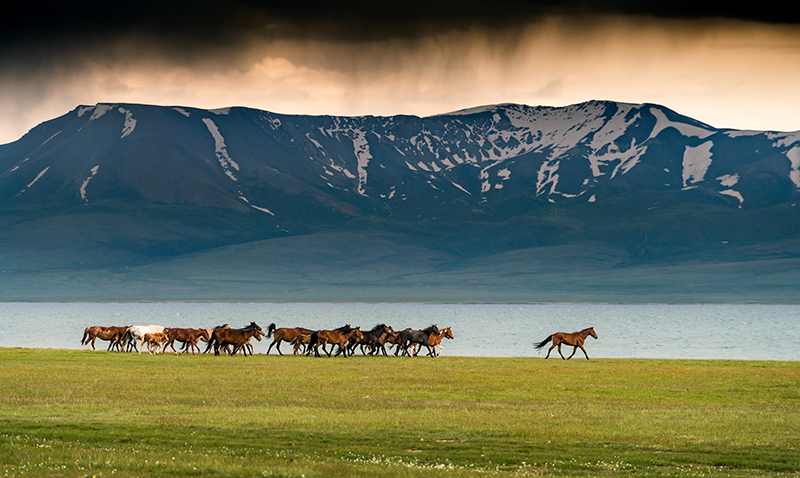 With 90 percent of landscape mountains, Kyrgyzstan could be described as the Switzerland of Asia. During my visit in the summer of 2015, I visited two of the most famous areas, Song Kol Lake and the Alay region,

Song Kol Lake, located in the centre of the country, is by many claimed to be the most famous place in Kyrgyzstan. Each summer the people bring their livestock to the lake from the villages in the valley below. Here the animals can freely move around and the people can return to their historical way of life. 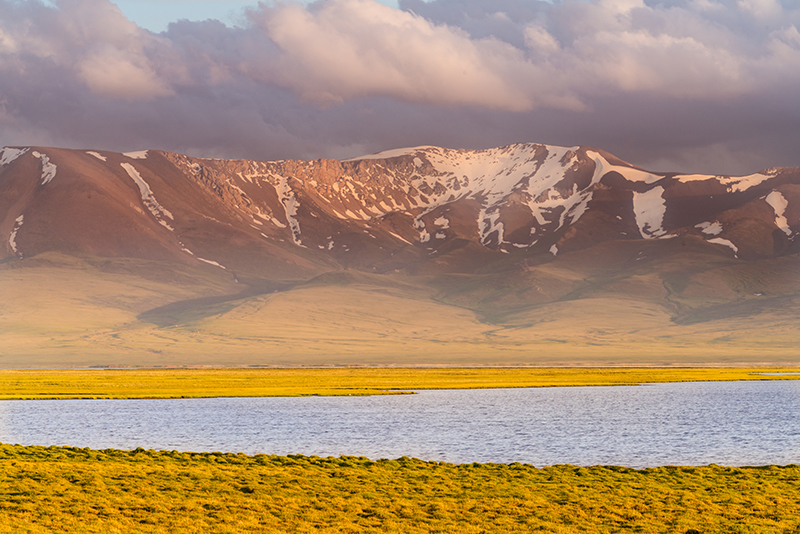 The mountains glow behind Song Kol lake at sunset

It was fascinating to experience their way of life – sleeping in a yurt, hearing the animals graze outside in the early morning, eat delicious home made food and even try “kumus”, fermented horse milk. The strong acidic taste is not everyone’s “cup of tea”, but definitely something you should try if given the chance. My favourite dish was “Oromo”, which could be described as a lasagne cooked in a pot under a steam of boiling water. This is an incredibly beautiful area and a must for people coming to Kyrgyzstan. 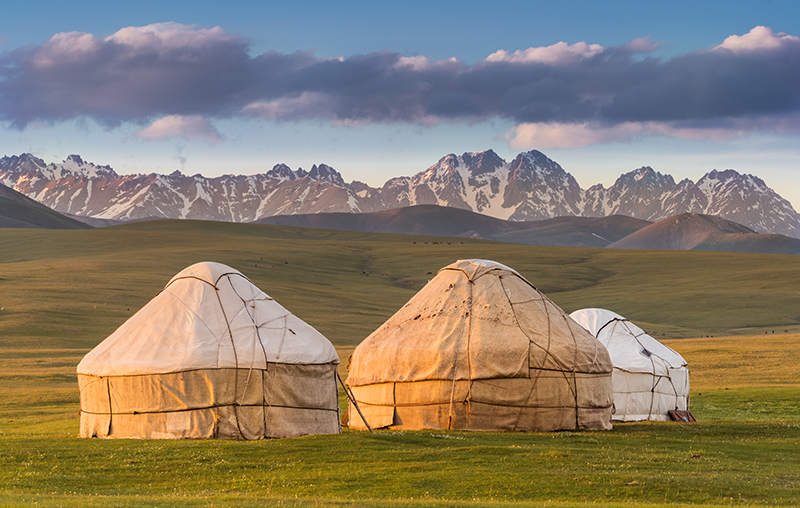 Alay region
The Alay region in southern Kyrgyzstan borders Tajikistan. It’s a region with mountains and beautiful vistas. It’s also the location of Ibn Sina Peak, more famous under it’s former name Peak Lenin. It’s considered one of the ”easiest” 7000 m mountains to climb and sits beautifully in the Alay valley. Another attractive place is the Sary mogul village with the great Pamir mountains in the background. The villagers mostly live from agriculture or travel abroad to find work. 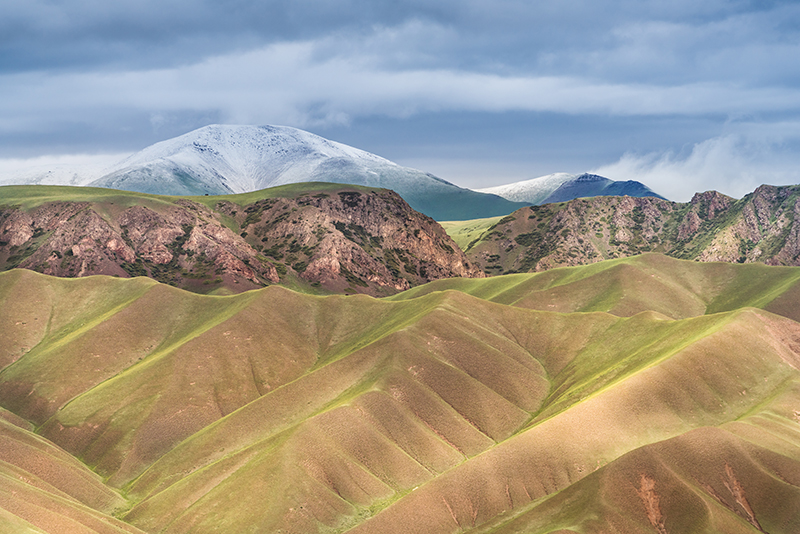 The mountains on the road from Song Kol lake to Naryn 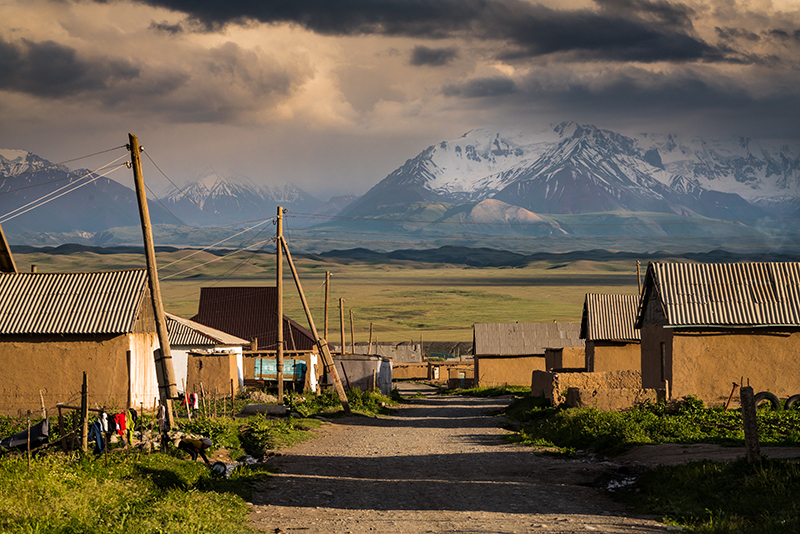 Houses in the village of Sary Mogul, with the Pamir mountains in the background 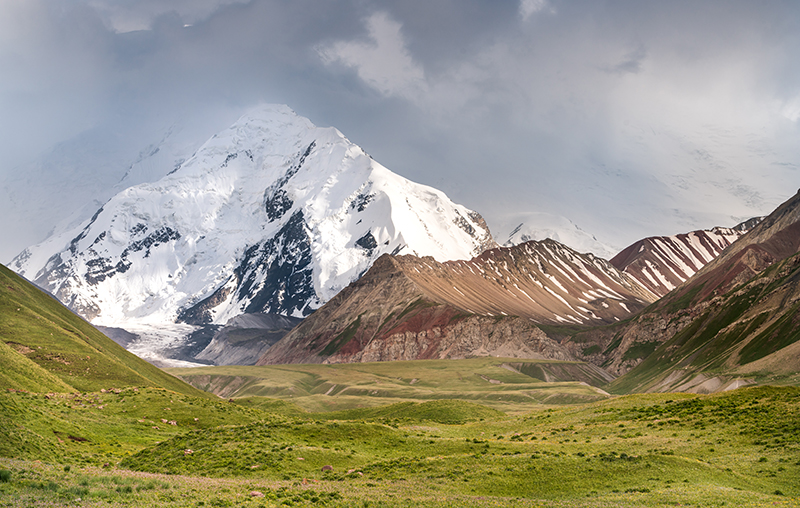 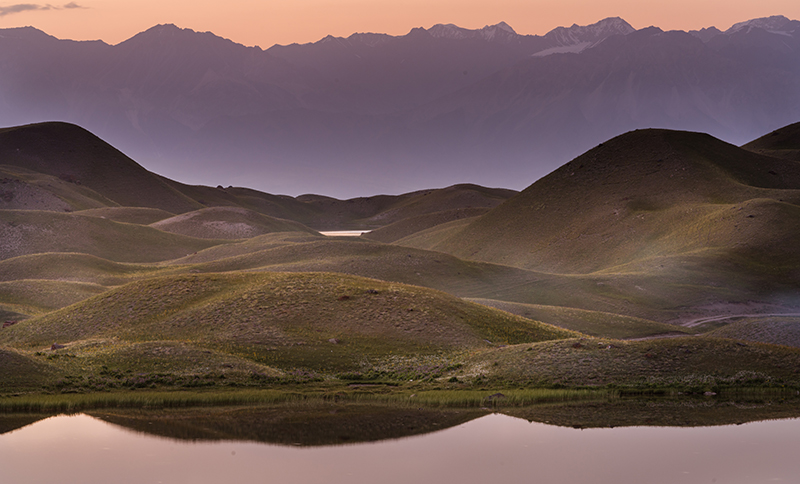 Sunset in the Alay region 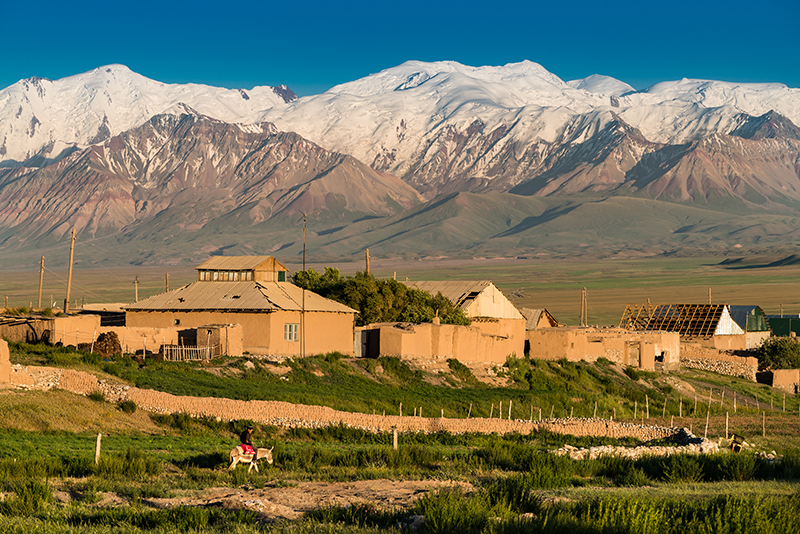 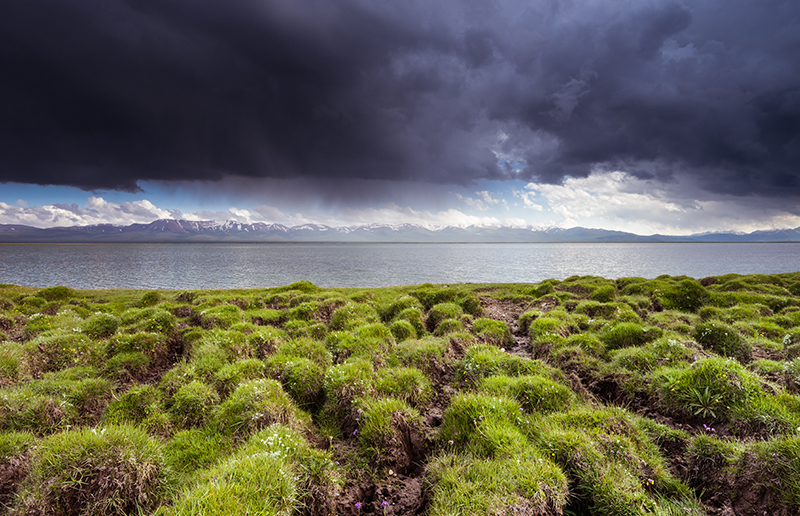