You thought the renovations at your house were full-on. The Colosseum in Rome is getting a high-tech retractable floor.

The ancient amphitheatre has been without a floor since the 19th century. Archaeologists removed it to reveal the structures and tunnels underneath.

This is the first time that visitors will be able to stand in the middle of the Italian landmark. 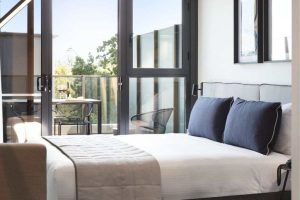 “You will be able to walk on it and go to the centre of the Colosseum, seeing it in the same way as visitors used to up to the end of the 19th century,” Culture Minister Dario Franceschini said.

The high-tech floor will be “light, reversible and sustainable,” according to a press release. The renovations are set to be completed by 2023.

The aim of the Colosseum’s retractable floor is to restore the landmark to its original state. At the same time officials want to conserve the archaeological structures below the floor.

After closing its doors due to the pandemic, the Colosseum has recently reopened to the public at a limited capacity.

The 3,000-square-metre- floor will be completly reversible to offer flexibility for future plans.

The Colosseum’s retractable floor will have rotatable slats that allow natural light into the underground structures.

It will also contain 24 mechanical ventilation units beneath ground level to control temperature and humidity.

Plus the Colosseum retractable floor will feature a rainwater collection system. The recovered water can be used in the tourist attraction’s bathrooms.