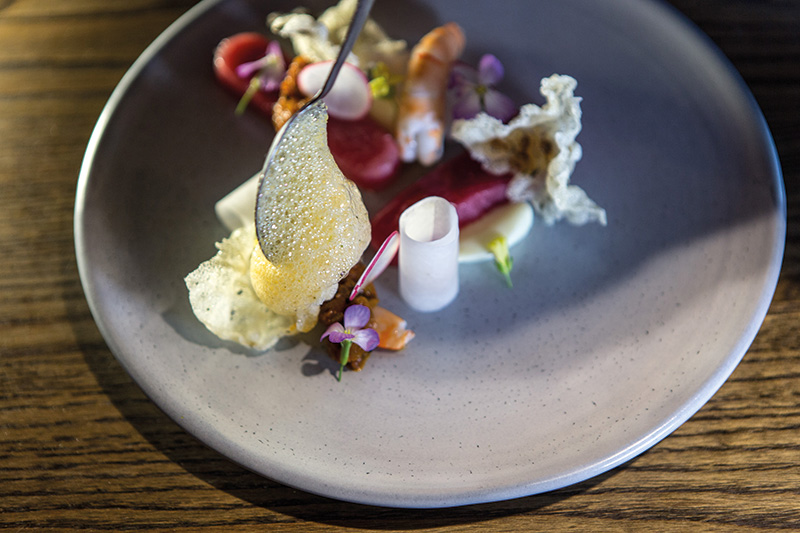 Taking out the coveted title of Auckland’s Best Restaurant for 2016 in this year’s prestigious Metro Peugeot Restaurant of the Year Awards, Cassia has redefined Indian cuisine, so if you’re expecting to find curries here, think again.

Helmed by one of New Zealand’s most acclaimed and awarded chefs, Sid Sahrawat, the city’s first contemporary Indian restaurant has broadened the minds and palettes of Auckland diners since opening in 2014.

Recognised for his inspirational cooking styles, chef Sahrawat combines creativity and innovation with the traditional Indian dishes from his childhood, fusing classic spices and flavours with local New Zealand ingredients.

Seduced by dishes such as soft shell crab with kasundi, radish and curry leaves, and lamb chops with smoked cashew, dry korma and kumara, its difficult deciding what to order or where to begin – and those are just the starters.

Dishes are made to share, and our group makes some consecutive decisions based on our waitress’ suggestions. We kick off with several starters, which are so good, we order seconds – the spiced eggplant with green beans, kadhai spices and coconut, and the mussels and clams in Goan-style sauce and ginger were a standout.

The food is exotic and rich in flavour, and after the last drop of sauce is polished off with a buttery naan, we’re too full for mains and skip straight to dessert, of which the refreshing and palette-cleansing lychee sorbet with apple, cardamom and almond is the winner. However, I make a mental note to go straight to mains next time I’m in town, so learn from my mistake and go easy on the starters.
cassiarestaurant.co.nz