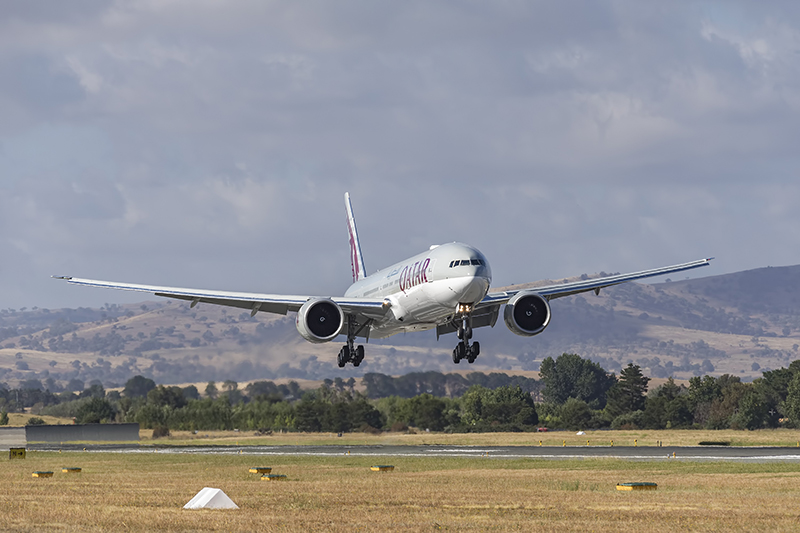 Departing the airline’s hub from Hamad International Airport on Sunday 11 February, Qatar Airways flight QR906 touched down at Canberra Airport at 8:35am local time on Monday morning, and was officially welcomed with a celebratory water cannon salute. 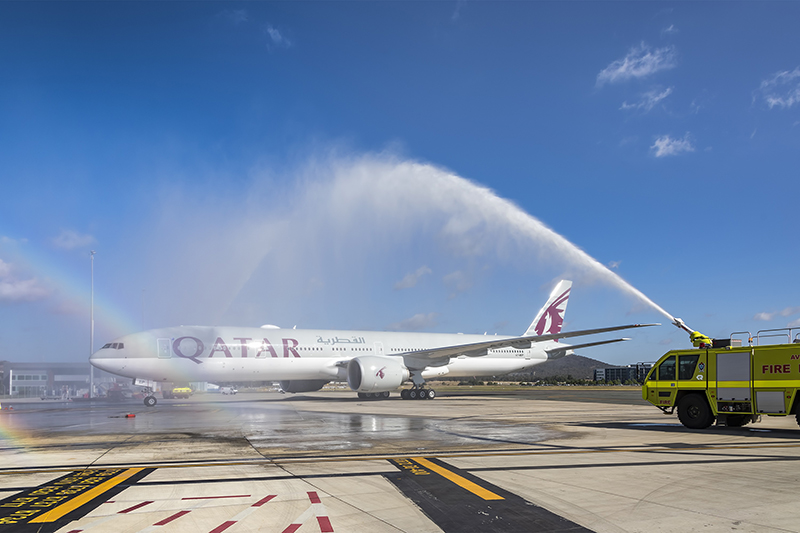 “Qatar Airways is delighted to be expanding its reach in Australia, by launching our fifth gateway into this beautiful country,” His Excellency Mr. Akbar Al Baker said.

“This new daily service will without doubt offer our Australian passengers more convenience and an extensive choice of destinations on our global network, as they transit through our award-winning hub, Hamad International Airport.”

From June 2018, the new route will be serviced by a state-of-the-art Boeing 777 aircraft, featuring 316 seats in Economy Class and 42 flatbed seats in the award-winning ‘QSuite’. Taking the Business Class experience to a whole new level, Qsuite offers the first ever fully lie-flat double bed in a quad design space which is fully adaptable, including movable TV monitors and privacy dividers, allowing passengers to easily transform the space as they wish, whilst having the utmost privacy. 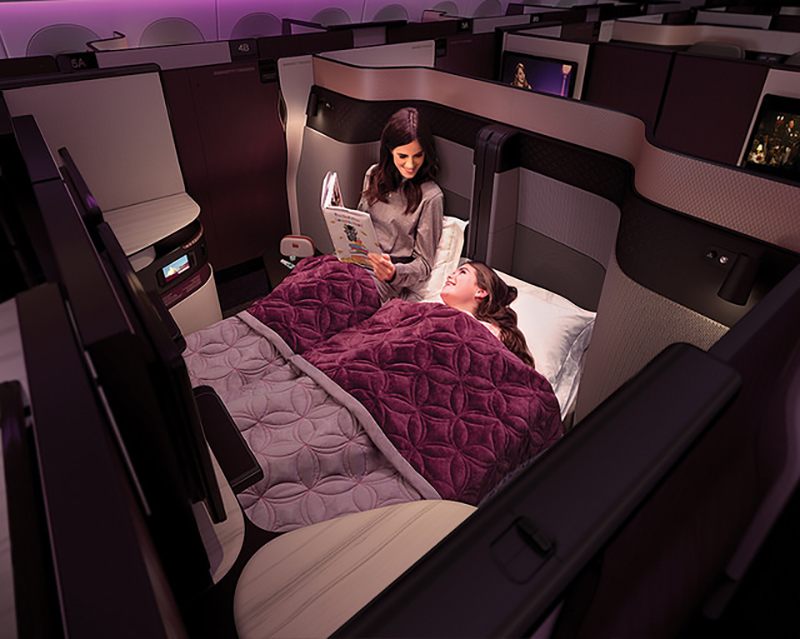 Passengers will also be able to enjoy the airline’s excellent entertainment system offering a wide variety of entertainment options, as well as outstanding dining.

Qatar Airways is the second international airline after Singapore Airlines to service Canberra, offering travellers from Canberra and the wider region a daily access to the airline’s global network of more than 150 destinations across six continents, via a short stopover in Sydney. Canberra also marks Qatar’s fifth destination in Australia after Sydney, Melbourne, Perth and Adelaide, resulting in a total of 35 flights per week to the country.

“In 2016, we launched flights to Sydney and Adelaide, clearly demonstrating our commitment to the people of Australia, and we are extremely happy to be offering our loyal Australian passengers the chance to explore the newest and most exciting destinations we have added to our global network in the past year.” 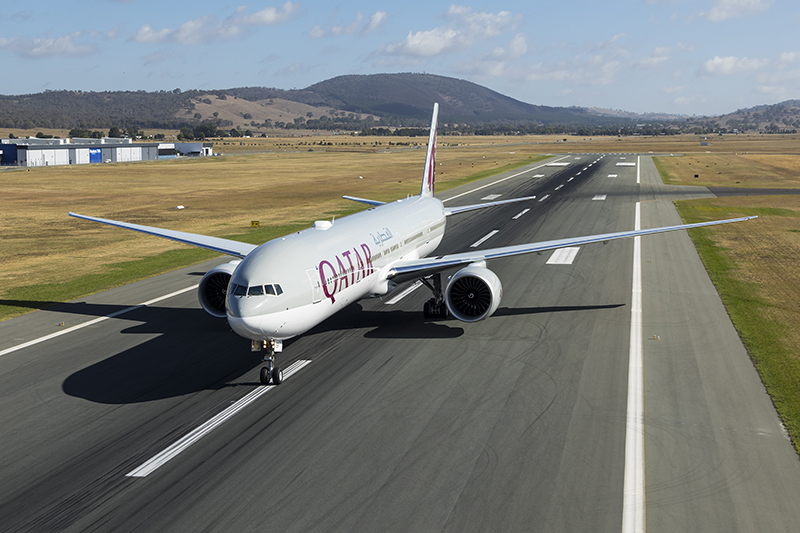 Furthermore, recent ease in visa entry requirements for Australian nationals into Qatar has opened up this route to even more passengers wishing to experience Qatar, before continuing their onward journeys.

Last year saw the airline a number of exciting new destinations, including Auckland, New Zealand; Sarajevo, Bosnia & Herzegovina; Dublin, Ireland; Chittagong, Bangladesh and Nice, France, with further destinations confirmed for 2018 including the recently launched Penang, Malaysia; Pattaya, Thailand and the upcoming direct flights to Thessaloniki, Greece and Malaga, Spain in March, and Mykonos, Greece and Cardiff, UK in May.

Experiencing rapid expansion and picking up a number of accolades and awards since launching in 1997, Qatar Airways is the national carrier of the State of Qatar and is one of the fastest growing airlines operating one of the youngest fleets in the world