Forget theme parks and skycrapers that touch the stars, Abu Dhabi is strengthening its focus on art and culture in a bid to increase its global profile and tourism appeal. 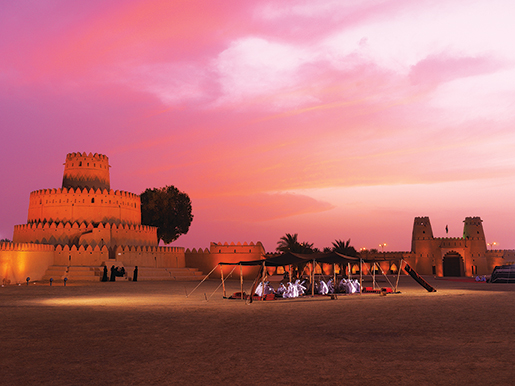 The countdown is on. By the end of the year, the world will welcome a brand new Louvre museum, the first offshoot of the cultural behemoth that stands proud on the right bank of the Seine in Paris.

But this bright-eyed youngster won’t be located anywhere near its older sibling. Nor will it be found in the dusty domain of its European neighbours. Instead, eyes will turn further east towards the oil-rich capital of the United Arab Emirates, Abu Dhabi, where a shimmering skyline has rapidly sprung from the sand. For this fast developing metropolis is attempting to reposition itself as a global centre for arts and culture with the new Jean Nouvel-designed Louvre just one part of its ambitious plan.

While tourists may previously have been lured by the luxury offered by high-end hotels such as the so-called “seven star” Emirates Palace Hotel or the high octane thrills of Ferrari World on Yas Island, said to be the largest indoor theme park in the world, the opening of the Louvre represents a new direction for the destination.

Back in 2013, the emirate’s tourism marketing organisation added the word “culture” to its title, renaming itself as the Abu Dhabi Tourism and Culture Authority (ADTCA) – a clear sign of a new strategy to attract visitors while differentiating itself from neighbouring destinations. The Louvre announcement was a major step in that direction.

“Ultimately, we hope to offer visitors a unique experience from a new perspective that underlines the universal spirit of the entire project,” HE Sheikh Sultan bin Tahnoon Al Nahyan, ADTCA chairman, said of the project.

While the cultural push is largely focused on the Saadiyat Island development, just 25 minutes from the city centre, there are traces of it all over the emirate – from the main island’s landmark Corniche to the heritage city of Al Ain. 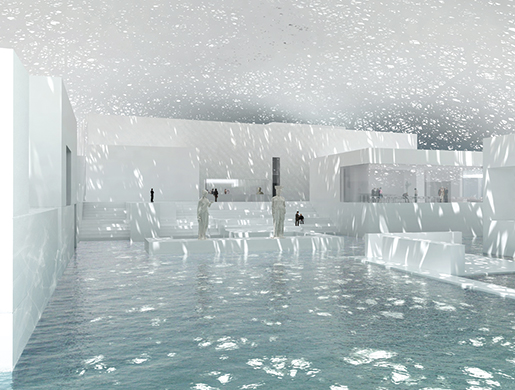 Saadiyat stirrings
I slide my sunglasses down the slope of my sunscreen-greasy nose to shield my eyes from the glare of the sun bouncing off the raked sand of Saadiyat Island’s Bake Beach Club, set on its public beach. My sun lounger is just metres from the surreal turquoise waters of the Arabian Gulf that tickle the 400-metre stretch of sand, with food and drink outlets and a well-tended changing room not much further in the opposite direction. Lifeguards decked out in bright primary hues stroll the sand, poised for action as bikinied holidaymakers skip clumsily through the waves. Later, sun-zapped and parched, I take in that same view as I sip a frosty imported beer at the Park Hyatt next door – one of six new hotel developments planned for the island.

It would be easy to think of it as a typical flop and drop island destination where languid lethargy prevails, but Saadiyat is actually a hive of activity. At various points on the island, cranes lurch awkwardly against the cloudless sky as hard-hatted construction workers build up its cultural district where functioning exhibition spaces Manarat Al Saadiyat and the UAE Pavilion will soon be joined by the Louvre in December, the Zayed National Museum in 2016 and the Frank Gehry-designed Guggenheim in 2017 along with a performing arts centre and maritime museum. The district already hosts the annual Abu Dhabi Art Fair which will take place for the seventh time this year.

But why have these icons of the art world picked Abu Dhabi for their next venture?

Thomas Krens, director of the Guggenheim Foundation, described Abu Dhabi as a fitting partner to both share and “expand” upon its point of view.

“The plans for Saadiyat Island and the cultural district, envisioned and developed by the Abu Dhabi Government, are, quite simply, extraordinary,” he said. “When this comprehensive and inclusive vision is realised, it will set a standard for global culture that will resonate for decades to come.”

“We’re not selling the French legacy and heritage,” he reassured critics of the arrangement. “We want this culture to radiate to parts of the world that value it. We’re proud that Abu Dhabi wants to bring the Louvre here.”

The heart of the city
Back on the main island, a sandy haze hangs heavy in the air as I take an afternoon stroll across the geometric paving stones of Abu Dhabi’s Corniche Road. Sweat beads spring up across my forehead as I tackle just a fraction of the famous road’s eight kilometre length that stretches along the main island’s western edge from the Hilton all the way down to Zayed port. To my left, the neatly manicured patches of lawn and palm trees that divide the city’s glittering skyscrapers and luxury hotels from the island’s edge are broken up with the occasional workout machine and to the right, the Arabian Gulf and the bustling Marina Mall.

I pass groups of young men discussing business in the shade of the palm trees, and am overtaken by the whirring blur of a cycle – one of the many cyclists to take advantage of the trail that runs alongside the pavement. Later on, as the intense temperatures calm with the onset of evening, the cyclists are joined by runners, ditching the gym to get their health fix in the scenic outdoors instead. But that’s all far too energetic for me, particularly in this heat. Instead, I make a beeline for the sand to cool down in the water. 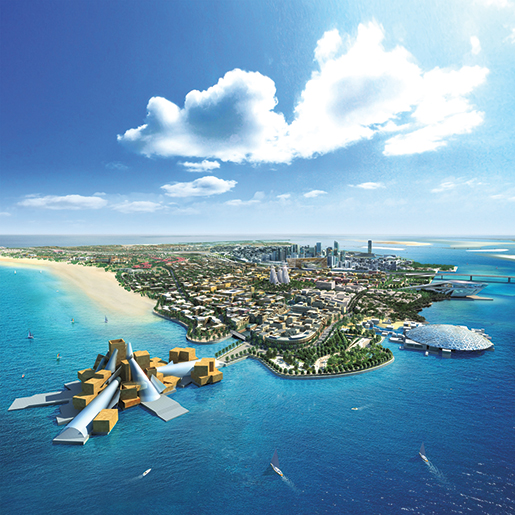 This waterfront promenade has been here since the 1970s but, just like the city of Abu Dhabi itself, it is constantly evolving. Just over ten years ago, it was extended using land reclaimed from the sea. Now the latest phase of its redevelopment has seen its status as a social hub enhanced further with the addition of new cafes, restaurants and even a new beach. The 1.5 kilometre stretch of imported sand at the western end of the Corniche opened to the general public in July 2013, with the public development plan also promising “cultural and environmental activities and promotions”.

In January this year, Mexican-Canadian artist Rafael Lozano-Hemmer created an art installation on the Corniche which shot a canopy of light beams into the sky using robotic searchlights controlled by the heart-rate of visitors holding sensors. Entitled ‘Pulse Corniche’, the interactive project was a collaboration with Guggenheim Abu Dhabi and Manarat al Saadiyat and was visible from across the city.

“Despite having never been to Abu Dhabi, I envision the Corniche as the perfect place to stage this project because of its size, infrastructure, and the reflection of light on the water,” the artist told Time Out Abu Dhabi at the time.

Installations such as this along with craft markets, watersport competitions and science fairs enhance the appeal of the already popular Corniche which attracts between 30,000 and 50,000 visitors each month.

Al Ain
The cultural push is not restricted to the city limits however. I make the 90-minute journey to the Garden City of Al Ain, the emirate’s eastern second city and discover that it is also playing an important role. From afar, the first thing you notice about the emirate’s second city is its splashes of green against the sun-baked landscape. Its oasis is one of the reasons that it is said to be one of the world’s oldest permanently inhabited settlements and, as a result, it has a strong cultural heritage.

I wander from the cool stony shade of Al Jahili fort to the Al Ain National Museum to the Souq Al Qattara – a historic handicrafts market that has recently been redeveloped and is now home to an arts centre and gallery where visitors can try out a variety of workshops from pottery to calligraphy.

Al Ain was declared a UNESCO World Heritage site in 2011, and that award has helped to position Abu Dhabi as a cultural destination, with ADTCA confident it will help the emirate grow its profile worldwide. •

The emirate’s rapid expansion and population growth has prompted a reassessment of the public transport system with plans for an Abu Dhabi Metro in the making. In the meantime, buses and ferries are available, with taxis and hire cars also convenient options.

What to See
Saadiyat Cultural District is a work in progress, but there is already plenty to see here. Combine a visit with a trip to the beach and the nature reserve; saadiyatculturaldistrict.ae
Take a walk along the Corniche at sunset to enjoy the view and the vibrant social scene
Explore the heritage and culture of the emirate during a day trip to the Garden City of Al Ain; arabian-adventures.com

Where to Stay
For a comfortable stay in a peaceful setting not too far from the city’s buzz try Anantara Eastern Mangroves Hotel & Spa; abu-dhabi.anantara.com
Or for a Saadiyat Island address during your stay, check out the Park Hyatt Abu Dhabi; abudhabi.park.hyatt.com