Sand, sun, surf, and the sweet smell of coconut rum carried on breaths of salty air – these are the things island dreams are made of. Yet not all islands were created equal, and a beach is never just a beach; some are known for sand as white as pearls, perfect and opalescent; others have been hewn from molten stones from the earth’s core, rocky and dark as night; others yet are cultural touchstones for an entire society.

Journey with us to beaches iconic, remote, unknown, and spectacular. 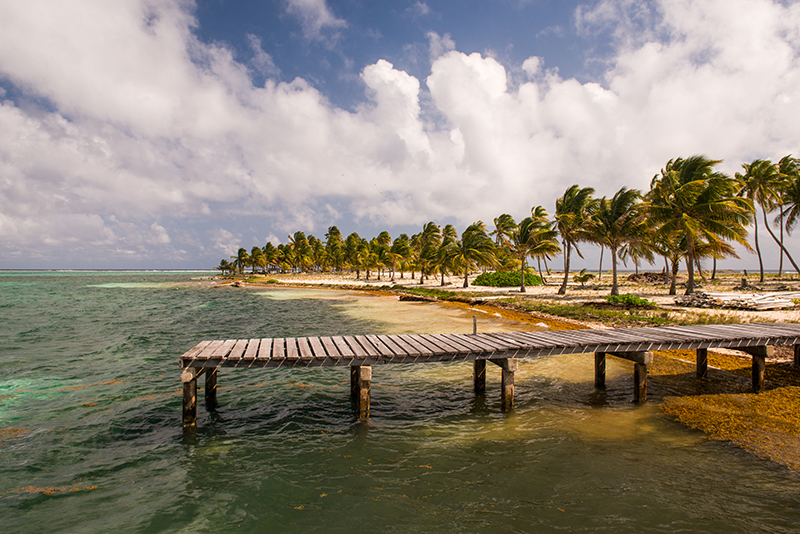 Half Moon Caye is the tale of two islands; the eastern half of Half Moon is a sandy sprawl, marked occasionally by the palms of a modest plantation. The western segment is dominated by Ziricote forest – walking from one end of the caye to the other is like escaping an isolated beach and entering a thick jungle expanse. Half Moon Caye is often paired with a visit to the Great Blue Hole, yet this island itself has plenty of drawing power; the rare red-footed booby nests here for 10 months of the year, Belize’s only endemic reptile species hides in the forest (and on Lighthouse Caye), while four distinct marine habitats have been identified in the sea surrounding Half Moon Caye – which also includes a number of large shipwrecks that can be explored by divers (both novice and experienced). 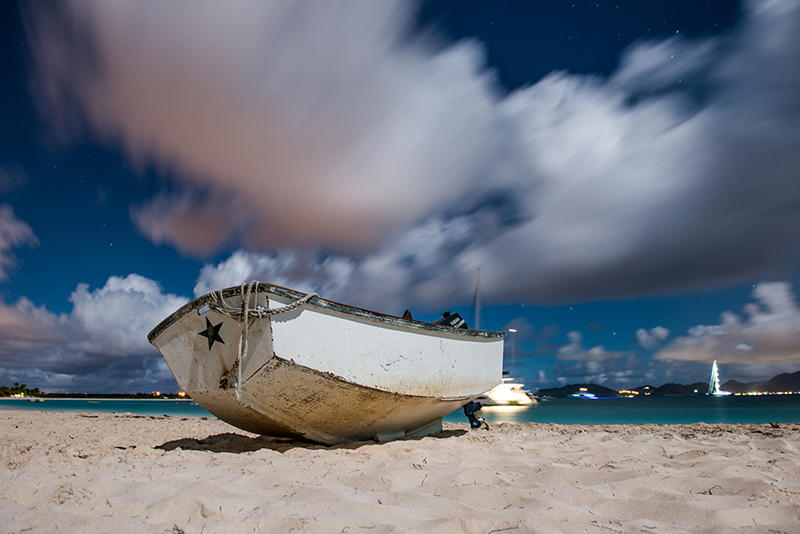 Anguilla’s perfectly unblemished beaches are legendary, and waylay even the most ardent sceptic the moment their feet sink into the sand. Yes, Rendezvous Bay, at four kilometres long, is every bit as stunning as you’ve heard, but so too is the pillow-soft sand at Shoal Bay East, and the dune-swept shore at Savannah Bay, a long stretch of sand hidden from the island’s interior by beautiful sea grapes.
Yet there’s plenty more to do in paradise than gawk at the good-looking sand and surf. From horseback rides along the shore to private caye excursions, Anguilla has all manner of exciting experiences up its sleeve – including the legendary reggae music festival known as ‘Moonsplash’, hosted annually by Anguilla’s own Bankie Banx. 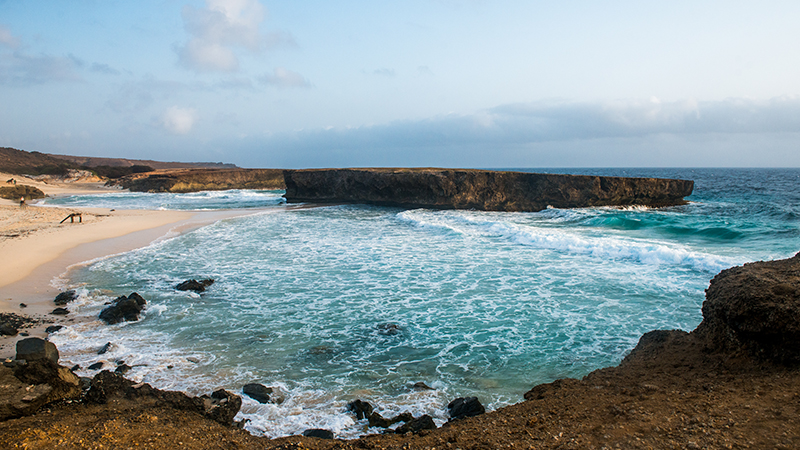 The Gold Mine Ranch offers horseback tours on well-groomed trails as well as on beaches on the northeast of the island for guests of all experience levels and ages. A visit to Wariruri Beach with Rancho la Ponderosa offers a unique perspective on the untouched northern coast as you ride good-natured horses toward the setting sun. Rancho Daimari’s private beach is popular with surfers, who love the big waves and remote location. On the edge of Arikok National Park, it’s the perfect base for horseback exploration of towering sand dunes, secluded coves, natural pools, Andicuri Beach, and more. 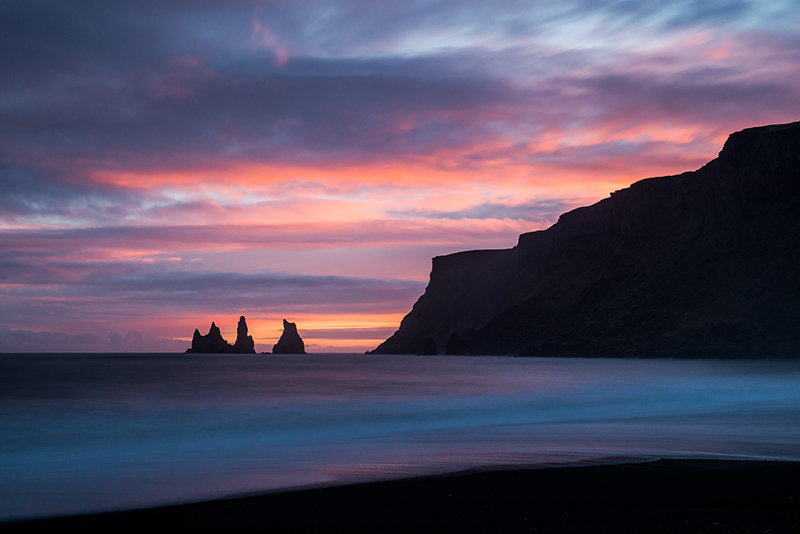 Considered one of the most beautiful non-tropical beaches in the world, Reynisfjara is a black sand charmer that lays claim to miles of dramatic coastal Icelandic geography. Iceland is noted for its dramatic, often epic land and seascapes, and is also renowned as a spreading ground for myth and legend – the Icelandic Sagas are beautiful, thrilling stories, and there’s plenty of history associated with the landscape surrounding this beach. The Reynisdrangar sea stacks, off the coast of the picturesque village of Vík í Mýrdal, are actually three trolls, conspiring to bring down sailing vessels foolish enough to come close to the coast. At night, under a pink and purple sky, and set against the drama of the black lava beach, the trolls come alive. 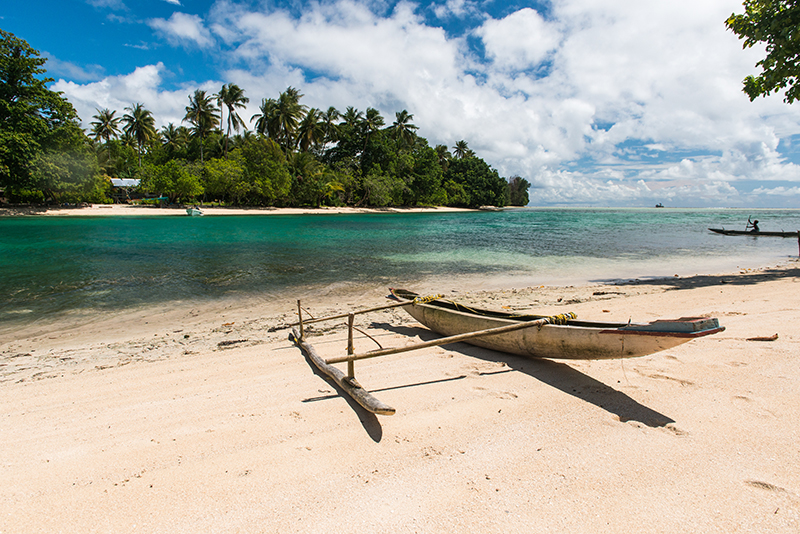 Enuk is actually two islands separated by a narrow channel – pictured here – where it’s not uncommon to see locals paddling dugout canoes, kids carousing, and even blacktip reef sharks looking for an easy lunch. Enuk 1 is home to several hundred villages, while Enuk 2 is home to roughly a hundred more. While some families have their own private generators, there is otherwise no electricity, hot water, or facilities at Enuk. The people here are remarkably capable fishermen and make excellent use of what arable land they do have. Many of the young men and women today make a living at the nearby dive and surf shops, though subsistence fishing and farming are still common for folks of older generations. The best way to visit is part of a dive trip when staying at nearby Lissenung Island. 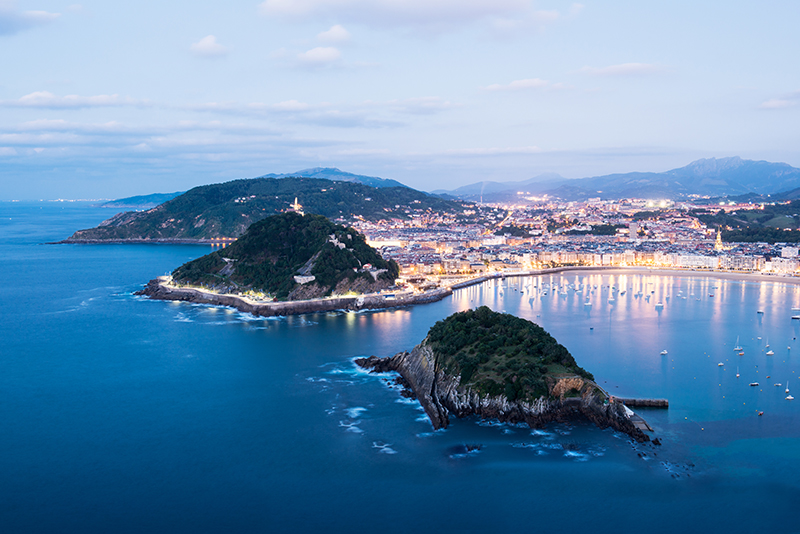 La Concha Beach is one of the most beautiful stretches of sandy business in the world – it’s steps from the beating heart of old San Sebastian, is marked by golden sand and is buttressed by spectacular mountains – rugged woodland on one side, and ancient churches and cobbled streets of the city on the other. It’s the city itself that draws hungry visitors from all over the world – San Sebastian is, after all, the tapas capital of the world. But beware; all that tapas, known in the Basque tongue as pintxos, is going to make squeezing into your city beach bathing suit a more difficult proposition than you bargained for. 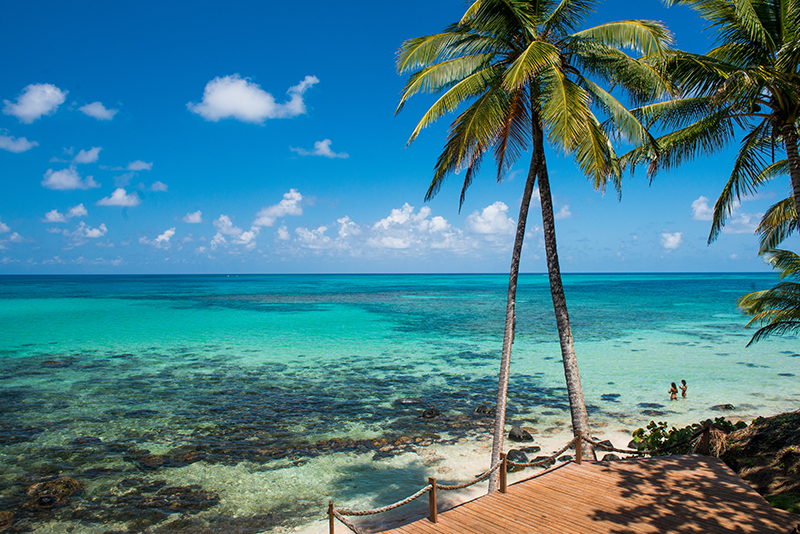 Little Corn receives more visitors than its bigger sister Big Corn, though it never seems crowded; backpacker joints and hippie hangouts are spread across the northern shore, while the single upmarket option, the Yemaya Island Hideaway & Spa, features 16 eco-luxury cabanas spread far enough from one another to afford privacy, as well as unbroken sand and sea views. The Exhale Studio features both a secluded palm-shrouded yoga studio and a beach-side exercise platform, while the restaurant, with its open, airy vibe and panoramic views, boasts a menu marked by local ingredients prepared with Thai flare, thanks to the influence of the Bangkok-born executive chef (Yemaya’s green lobster curry will alter your image of Caribbean cuisine forever). Topping it off are some of the finest night diving opportunities in the entire Caribbean. 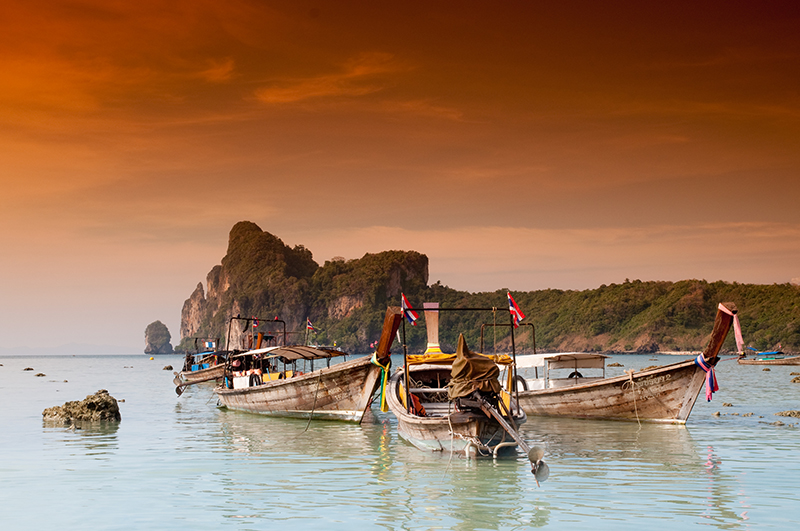 If it ain’t broke, don’t fix it – and if you have never visited Ko Phi Phi, you’re in for a wild ride. Ko Phi Phi is a funky little laid back landmass, known the world over as a backpacker paradise, and just happens to be home to one of the world’s most stunning beaches; with a proliferation of all-night beach parties, buckets of rum and a long, languid stretch of white sand beach, Phi Phi Don makes for a great holiday. The crowd is generally more mature than the one you’ll find on Ko Pha Ngan (home to Haad Rin) and remains a popular budget destination for families. The sun shines unabated, there’s always plenty of space on the beach, and the food is decent (even if it doesn’t detour far from the Banana Pancake Trail). Yet the real star of Phi Phi Don is the scenery; giant karst monoliths erupted from the sea floor thousands of years ago and stand guard over the bay, protecting a cove where longboats sway on gentle sea swells.