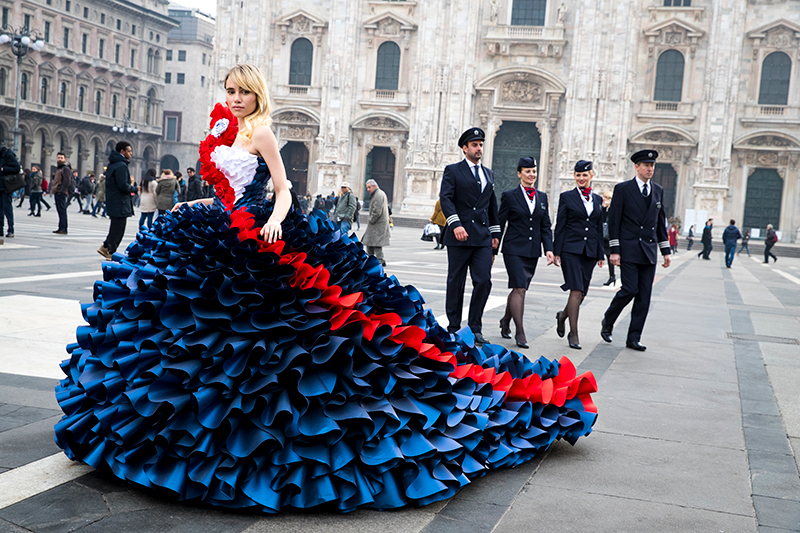 British Airways together with British supermodels Suki Waterhouse and David Gandy took to the streets of Milan in celebration of travel, style and low airfares between the fashion capitals of London and Italy.

Suki posed in an incredible paper dress created by acclaimed British fashion designer and artist Zoe Bradley, featuring the airline’s heritage colours. The hand-crafted masterpiece took more than 100 hours to assemble and travelled 965 miles from Cardiff, UK to Milan, where Suki unveiled it in front of the famous Cathedral in Duomo Square.

“I wanted to create a design which captured the line of the iconic British Airways logo and really communicated air travel and the link between Britain, British Airways and fashion,” Zoe says. 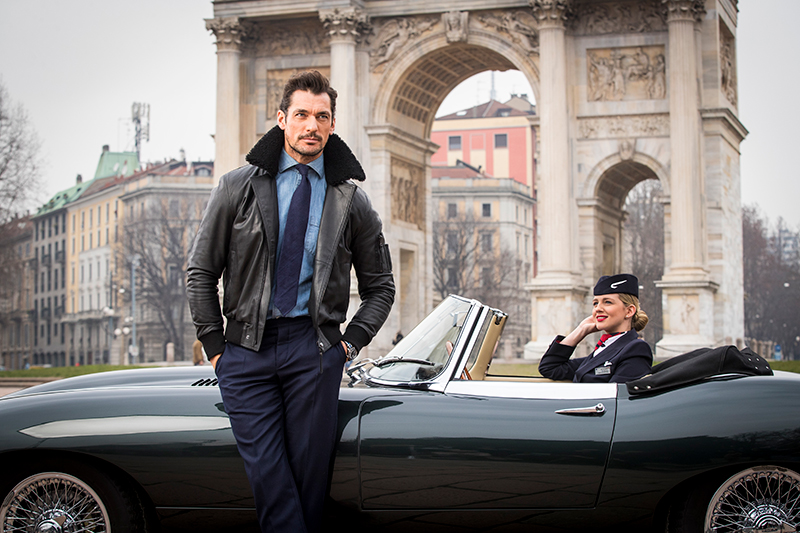 Wearing an elegant suit, David turned heads in Milan later day when he set off for a spin around the city’s popular tourist landmarks in a vintage Jaguar E-Type with a British Airways pilot in tow, stopping for photos along the way.

“London and Milan are both at the very forefront of the fashion industry and we’re delighted to be offering special fares between the two cities for a limited time to allow our passengers to explore the best that both of these vibrant and exciting cities have to offer,” British Airways commercial manager corporate Europe, Africa & Levant Paolo De Renzis says.