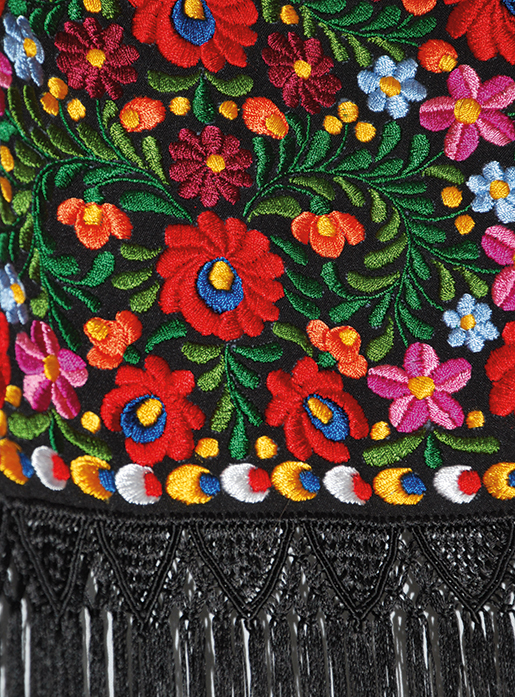 Castles, knights in shining armour, beer, strudel and classical music give Sue Wallace an insight into some of Europe’s grandest cities.

The silvery moon is creeping over the ramparts of Cesky Krumlov’s fairytale castle as I peek from the window of Hotel Ruze, a former 16th century Jesuit dormitory in the UNESCO World Heritage medieval town.

Images of knights in shining armour and tales of gallantry have filled my dreams after a day spent wandering through the famous castle and following crooked cobblestone streets lined with quaint shops and cosy cafes.

Old Cesky Krumlov, a small town in the South Bohemian region of the Czech Republic, is one of the best preserved medieval towns in Europe. Dating back to 1309, tourists flock here by day, but by night most head off to the next stop.

Long after the crowds have disappeared, we again wander through the old square passing by Gothic, Renaissance and Baroque houses, where tradesmen once crafted decorations and weapons. Legend has it that on a clear night you can hear the sound of a blacksmith working away, but all is quiet as we walk the deserted streets in the crisp night air and enjoy a nightcap at a charming inn on the way home. 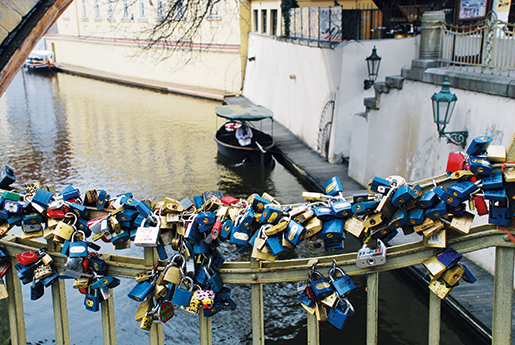 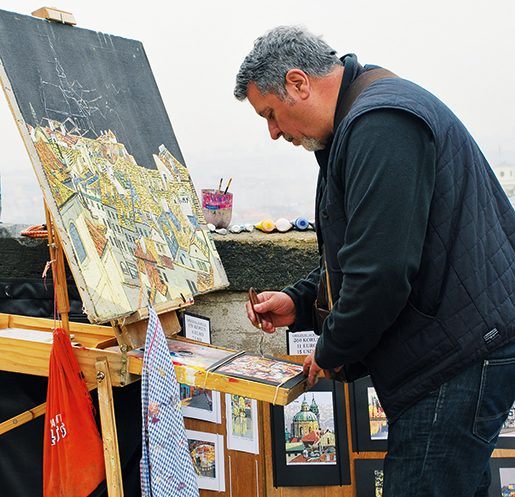 Nestled on the loop of the Vltava, the town resembles an open-air art gallery with picture perfect houses that all have their own intriguing histories. But it’s the magnificent castle that takes centre stage complete with ostentatious rooms, sumptuous furniture and a story book history.

As we pass over the moat, Katherine, Theresa and Vok – three well-fed bears whose forebears are reflected on many historic shields, can be seen lazing in the sun. Our excellent guide shares his secrets of the castle and proudly shows us the old baroque theatre where the original stage props used to recreate the sound of a thunderstorm or wind still work today.

I suspect it’s the scary legends of the castle ghosts − one who lives in the castle’s wine cellars, another who is a jealous lover who creeps around the castle at night, and a scorned woman who wears white gloves when she’s happy and black gloves when she’s not − that have rattled me a little and woken me up. But the moonlight that dances across the picturesque spires, roofs and towers and thoughts of medieval love stories with happy endings send me drifting off again.

Our trip to Cesky Krumlov is part of an Insight Vacations tour that follows an easy pace visiting the historic cities of Prague, Vienna and Budapest. It features tours of the main attractions and also unique experiences that will long be remembered.

Travel is by a comfortable coach with business class seats and plenty of leg room as well as sweet treats for when you need a sugar hit. It’s a great way to see the sights.

In Prague, the capital of the Czech Republic and home to 10 million people, we are shown many highlights including an insight into the country’s famous beer. The Czech people have the highest consumption of beer per person in the world and the well-known Strahov Monastic micro-brewery is where we learn the secrets of traditional brewing and enjoy a taste or two.

We then dine at Peklo which translates as “hell” because the restaurant is located in an ancient stone and brick vaulted wine cellar beneath the monastery.

Our two days in Prague are spent exploring the 1000-year old Prague Castle and its picturesque grounds, on a private tour of St Vitus Cathedral with its stunning stained glass windows and joining the crowds to watch the Astronomical Clock in the Old Town Square.

Home for the night is the elegant Palace Hotel that dates back to the early 20th century where A-listers such as Mick Jagger have stayed. Prague is known for its famous Bohemian crystal and our tour guide takes us to the chic Karlova crystal shop filled with treasures, elaborate chandeliers and stunning glass creations. A skilled glass blower shows his techniques and we are given a small keepsake, a glass paperweight, as a memento of our visit.

A tour of Prague’s old Jewish quarters that dates back to the 13th century proves fascinating, especially the old Jewish cemetery with its thousands of moss-covered tombstones. In use from the early 15th century until 1787, there are about 12,000 tombstones jutting from the ground but there may be as many as 100,000 buried below.

Leaving the Czech Republic we cross into Austria and head east for some wine tasting at the well-known winery Domäne Wachau in the famed Wachau Valley. There’s an elaborate Baroque Cellar Castle as well as a modern cellar door where you can taste test some of the area’s best wines.

We also visit the quaint town of Dürnstein on the banks of the mighty Danube River where Richard the Lion Heart of England was held captive by Duke Leopoldo V. After a hearty lunch at one of the many Heuriger wine taverns that serve great local drops, we stock up on home-made apricot liqueur and jams.

From Durnstein it’s a short drive to Austria’s capital, Vienna, home of music and song as well as grand architecture. A private recital by an orchestra complete with opera singers and dancers provides a taste of classic Viennese culture at its best before we head to a cosy restaurant for a tasty Weiner schnitzel and apple strudel with lashings of cream. 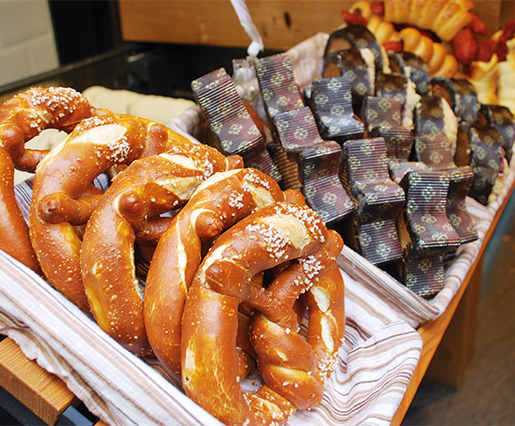 The Dine Around evening is another impressive Insight Vacations initiative, encouraging travellers to discover nearby vibrant dining options and dine like a local. There’s plenty of oohing and aahing the next day with a private visit to the magnificent Schönbrunn Palace, the former summer residence of the Austrian imperial family with its formal gardens and sparkling fountains. It’s amazing to stand in the Hall of Mirrors where six-year-old child prodigy Wolfgang Amadeus Mozart gave a concert in 1772.

The Round Chinese Room where Maria Theresa held secret conferences with her Chancellor, Prince Kaunitz and the Blue Chinese Salon where Emperor Charles I signed his abdication of the crown in 1918, marking the end of 640 years of Habsburg dominion in Austria, are impressive. But it is the Room of Millions, panelled in rosewood and decorated with priceless Indian and Persian miniatures, that is simply magnificent.

Coffee and cake are an institution in Vienna – the home of the famous Sacher Torte and countless coffee houses. Legend has it that coffee was introduced to Austria after the Turks left bags of coffee on the outskirts of Vienna after their failed siege in 1683.

Tafelspitz which is boiled beef potato goulash, pancake soups, Manner Wafers and the superb chocolate Mozart balls are all must-haves. Schnapps is also popular and with more than 20,000 registered distilleries in the country there is plenty of choice be it peach, apple, apricot or cherry.

Budapest – made up of two towns Buda and Pest and known as the Queen of the Danube is our last stop. It earns the description as a fairy tale city especially at night when the Houses of Parliament and castle are lit up. The best way to see it in all its glory is an evening dinner cruise.

Time is spent in Heroes’ Square, Gellért Hill for its sweeping city views and Matthias Church in the medieval castle district. The smell of paprika is overwhelming as you enter the three storey Central Market Hall lined with food stalls adorned with chillies, Hungarian salamis and sweet Tokaji wine.

“Come,” says a local, “follow me” and leads me to the middle of the market where young girls in traditional dress dance and sing. The woman taps me on the shoulder and presents me with a small bag of paprika and a big smile.

But it is at the first strudel house in Pest where my strudel-making skills are put to the test.

The strudel maker shows us how to create perfect paper-thin strudel pastry stretching the dough until it is just right. Sadly, my efforts reveal gaping holes.

Later we enjoy the famous strudel but leave room for our final dinner in the elegant surrounds of the famous Gundel Restaurant where royalty and stars have enjoyed a taste of Budapest’s finest fare and their signature dessert, the Gundel palacsinta.

Weeks after my Bohemian Rhapsody sojourn is over, I discover the paprika packet in a pocket and make a goulash for dinner in memory of a great trip and my market friend.

I think I did her proud but as for strudel pastry – it’s just not my forte.

And that knight in shining armour? I am still dreaming! •

The Easy Pace Budapest, Vienna and Prague tour is priced from $2599 per person, twin share (single supplement from $690 per person) with departure dates in 2014 and 2015. It includes nine nights’ accommodation in premium hotels in central and scenic locations with a highlight stay at the five-star Sofitel Budapest Hotel overlooking the River Danube and the luxurious five-star Hilton am Stadtpark in Vienna facing the city park.

Guests are accompanied by an experienced tour director and local guides who share their extensive knowledge. The tour features many meals and authentic dining experiences including Signature Dining and Dine Around Evenings. Insight Vacations uses air-conditioned motorcoaches with business class seats and plenty of legroom. Departures available to October 2014.