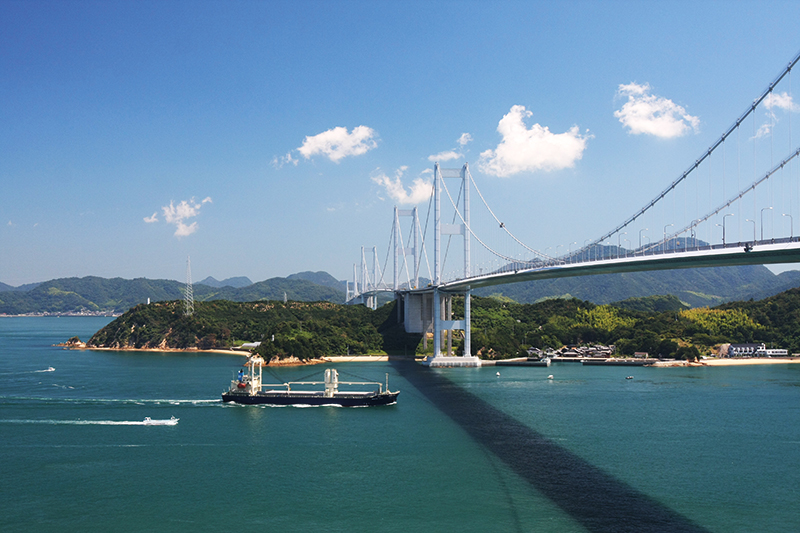 Explore a hidden side of Japan, taking in the skyscapers of Tokyo before leaving the city behind to visit the surprising Ehime, just 90 minutes away thanks to the efficient service from Tokyo Haneda to Matsuyama Airport. This journey of modern sights and the natural beauty of an island archipelago will tug at your heartstrings and keep your camera clicking. 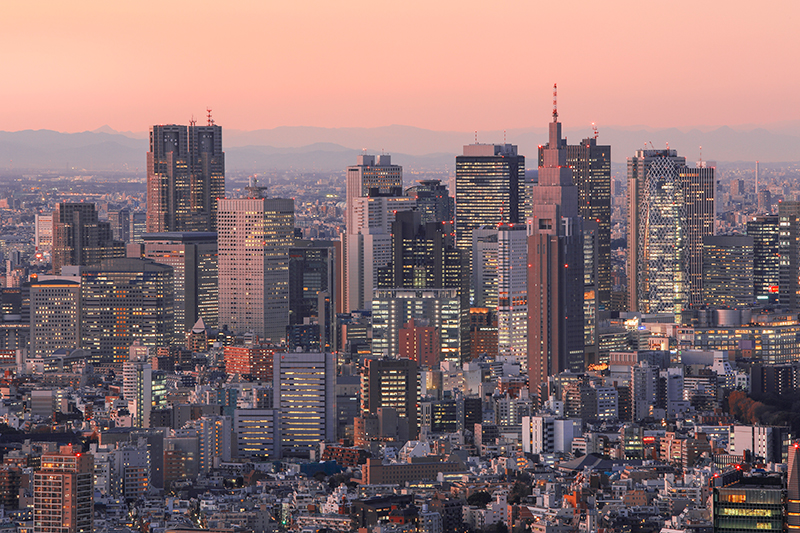 Experience a bird’s-eye view of Tokyo from the Observation Deck of Tokyo City View. With an indoor observation gallery 250 metres above sea level and the Sky Deck outdoor gallery at 270 metres high. From here take in sweeping views of the city, including Tokyo Tower and Tokyo Sky Tree; and, on a clear day – maybe even Mt. Fuji. The indoor observation gallery also features the new Sky Gallery, an urban gallery showing world-class exhibitions. 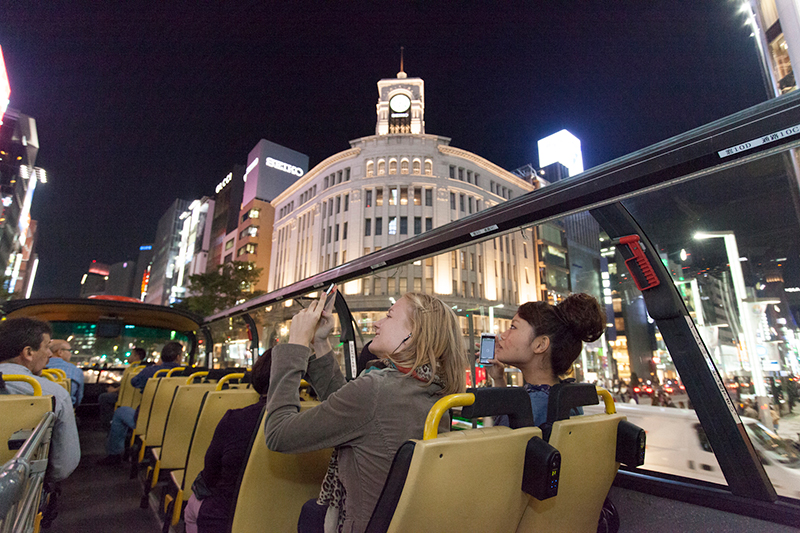 A great way to see the Tokyo Tower and other sites lit up at night is on Skybus Tokyo’s two-hour Odaiba Night Course. The two-story open-deck Skybus passes underneath the Rainbow Bridge, shows off Tokyo Tower glittering amongst the stars, and also stops at Aqua City in Odaiba – the perfect opportunity for some dinner and to take that Instagram or facebook photo with the Statue of Liberty and Rainbow Bridge in the background. 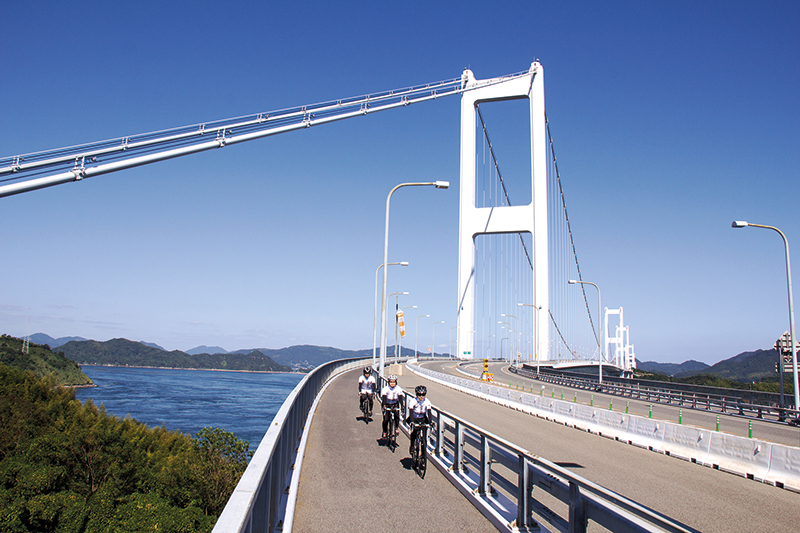 The Shimanami Kaido Expressway has Japan’s only bridge-top cycling and pedestrian walkway. The route runs from Onomichi, Hiroshima Prefecture, to Imabari, Ehime Prefecture, and is a 60 kilometre-long highway that links the islands of the Seto Inland Sea through nine bridges.

This cycling route lets riders experience the refreshing sensation of riding almost as if suspended above the sea, which has been nicknamed the “Aegean Sea of Asia”. One of the world’s most incredible bike routes, there is much to see and do, and bikes are easy to rent. Make sure you stop off at Ikuchijima, one of the most popular islands along the way, with Kosan-ji, the Choseikaku Villa with its Cave of 1000 Budhhas, and the Island Wide Art Museum. 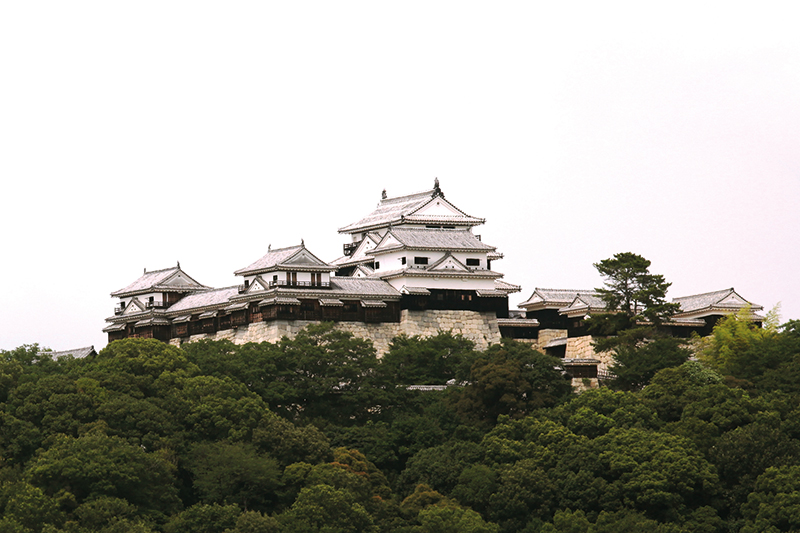 Matsuyama Castle has one of only 12 surviving castle donjons built before the Edo period. It was chosen as one of Japan’s Top 100 Castles in 2006 and as one of the ‘Top 100 Historical Sites of Beautiful Japan’ in 2007.

There are about 200 cherry trees on the castle grounds, making this a lovely cherry blossom viewing location typically around late March to early April each year. 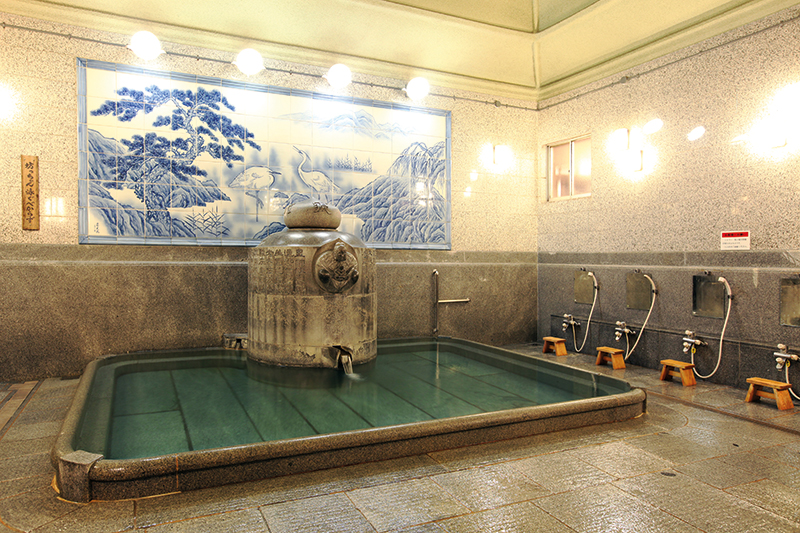 Dogo Onsen is Japan’s oldest hot spring with a history of approximately 3000 years. The symbol of Dogo Onsen, the main building was built in 1894 as a public bathhouse. With its wooden structure and old-fashioned appearance, it was Japan’s first designated National Important Cultural Property. It’s said that this building was the model for the Aburaya bath house in the Ghibli movie Spirited Away.

At night, the Onsen is filled with many guests roaming around wearing coloured yukata robes and carrying bath baskets filled with toiletries.