World-renowned for its rugged coastlines, dramatic volcanoes, snow-peaked mountains and glaciers, and lush national parks, New Zealand is the ultimate playground for nature lovers and hiking enthusiasts. Exploring this stunning country through its various walking and hiking tails is one of the most rewarding ways of experiencing its incredible natural beauty, and with options to suit all levels of fitness and experiences, as well as itineraries for best hikes in New Zealand, there’s something suitable for just about anyone.

From national parks and native forests, to cliff-side coasts and river valleys, 1001 Walks author and hiking expert Barry Stone rounds up his top seven favourite NZ walks of all time. 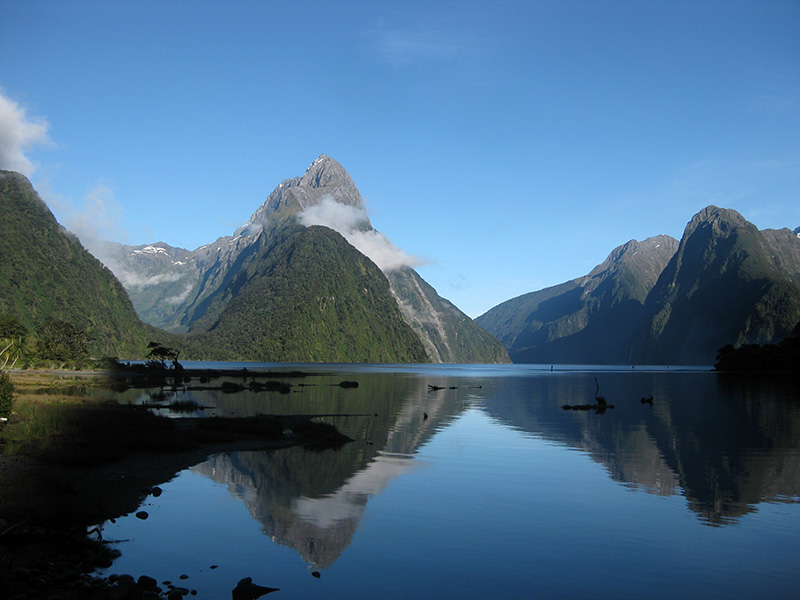 Described as the “region of the perpendicular” by poet Blanche Baughan, this wettest of wet trails receives almost seven metres of rainfall annually. Only walkable in one direction, from Glade Wharf on Lake Te Anau to Sandfly Point in Milford Sound, you’ll cross suspension bridges, pass by the country’s highest waterfall – Sutherland Falls (580m) – and cross Mackinnon Pass (1,140m). Just don’t feel cheated if rain turns the trail, as it likely will, into a boggy ditch. That is when this walk is at its most challenging – and beautiful. 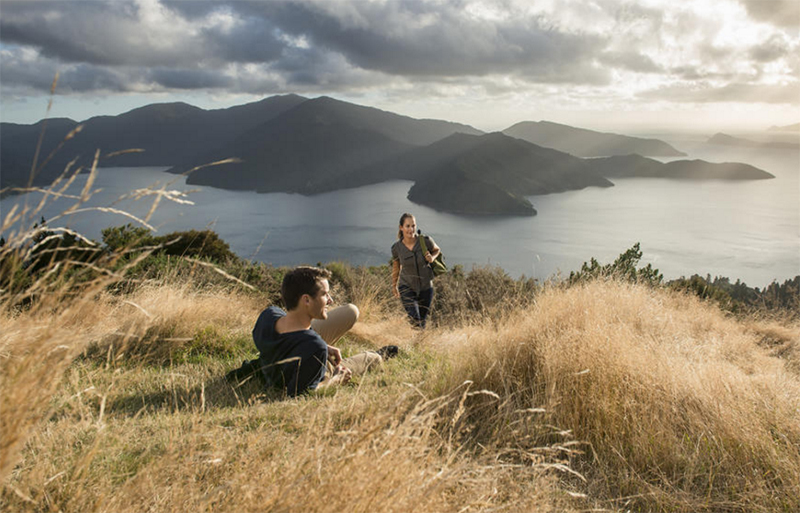 Perhaps the finest of New Zealand’s wealth of coastal trails, the Queen Charlotte Track takes you around a flooded river valley along bridle paths with views over Marlborough Sound to the distant southern shoreline of the North Island. Endeavour Inlet, a one-time haven for Captain James Cook is skirted. Flora and fauna are rife here, including beech and kamahi forests. The Camp Bay to Portage section gives 360° views over Queen Charlotte and Kenepuru sounds, there’s a descent from Torea Saddle, enchanting Mistletoe Bay, and more bridle trails take you into tiny Anakiwa at trails’ end. 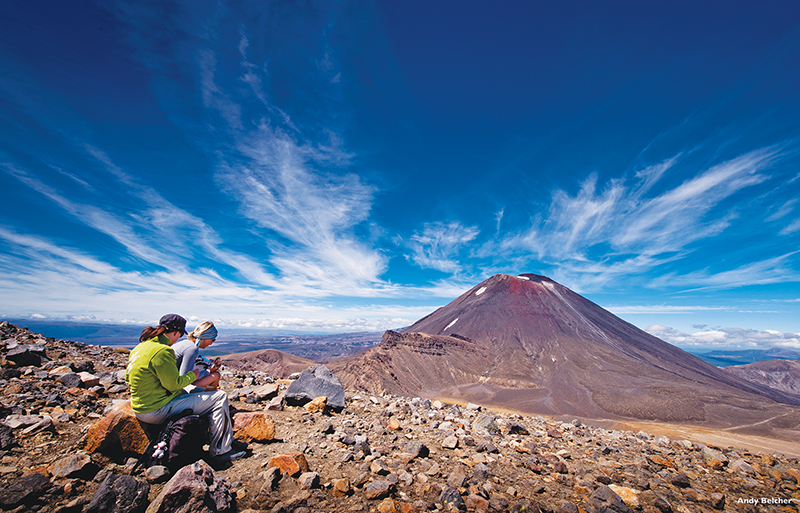 This three-to-four-day hike through a Jurassic-like world of volcanic and seismic-laden landforms on the North Island’s Central Plateau, provides the option of hiking to the crater rim of Mount Ngauruhoe, a beautiful stratovolcano that has erupted almost 50 times in the last hundred years. Or if summiting active volcanoes isn’t your thing then just meander along the circuit’s 43kms of eroded trails past scoria cones, steam vents, along the gravel and lava fields of the Qturere Valley, and stroll the turquoise shorelines of the circuit’s stunning mineral-fed Emerald lakes. 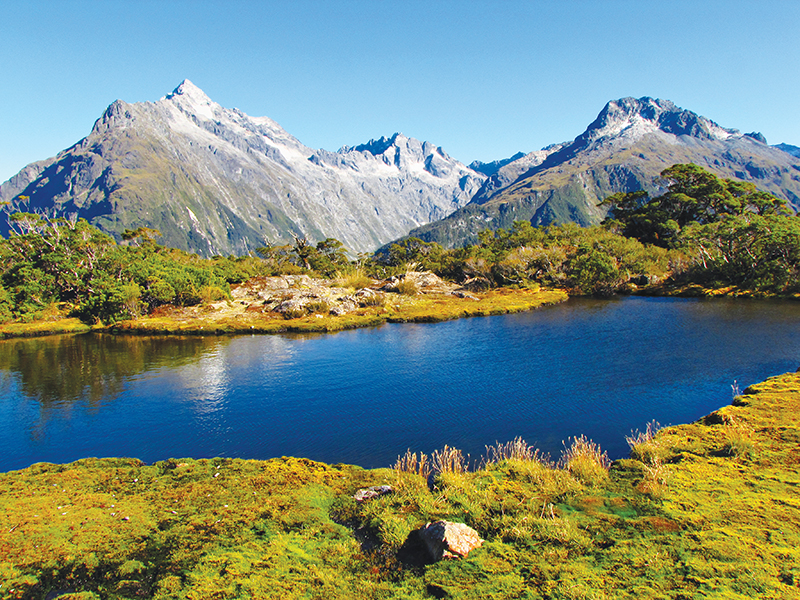 This valley and grassland-studded 32km trail, from Routeburn Shelter on the shores of Lake Wakatipu to The Divide on the Milford-Te Anau road, is a member of the elite “Nine Great Walks” club of premier New Zealand long distance trails. Full of flowering meadows and ice-carved valleys in the shadows of the Southern Alps, a highlight of the trail is passing by Earland Falls (174m/570ft) and the climb to Key Summit – a vantage point that affords views over the peaks of Mount Aspiring National Park as well as three of the South Islands most spectacular valleys – Greenstone, Hollyford, and Eglinton. 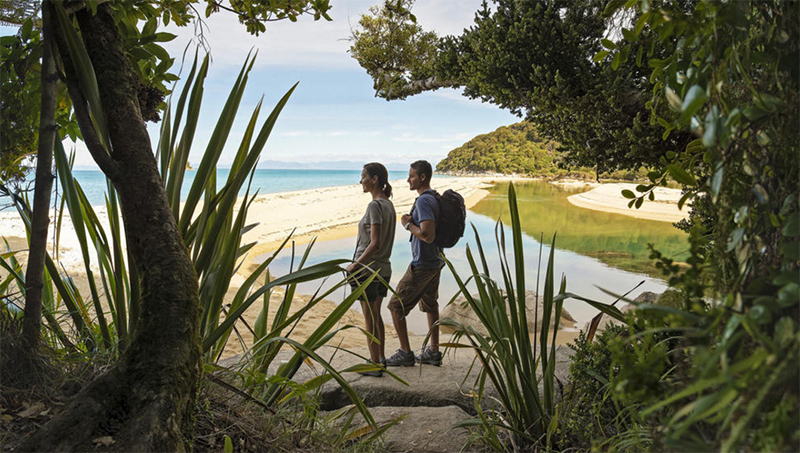 Another of New Zealand’s coveted “Nine Great Walks” this trail through Abel Tasman National Park in the northwest corner of the South Island receives 200,000 visitors a year who come to walk its pure, sandy beaches along Apple Tree, Tasman, Anchorage, Bark and Medlands bays. When you’re not on a beach you’re walking through stands of regenerating podocarp forests that link them, one of which has the trail’s highest point – a 135m-high unnamed hill – a mere distraction on this, the world’s greatest, and squeakiest, “beach trail”. 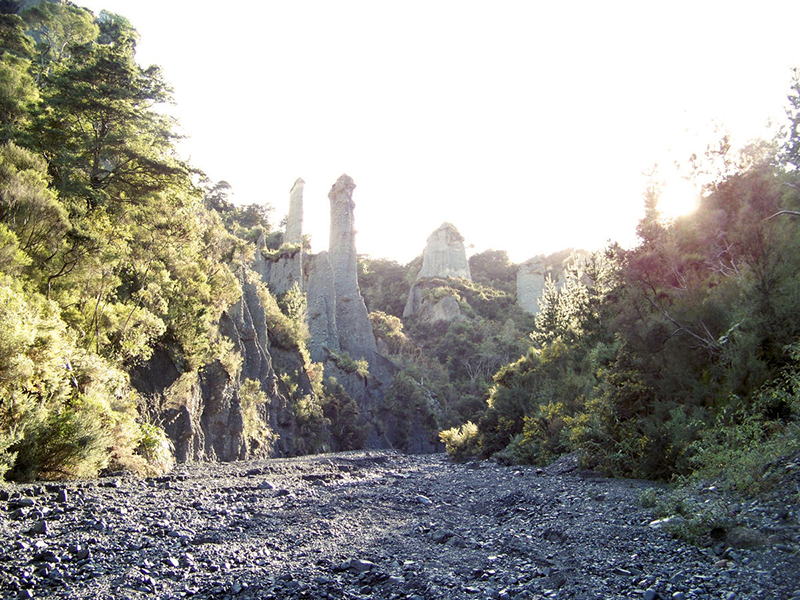 The Putangirua Pinnacles – a series of rain and flood-eroded sedimentary rocks called “hoodoos” on the North Island’s southeast coast in Aorangi Forest Park – are so other-worldly they had a starring role in The Lord of the Rings movie The Return of the King as the imposing background in the ‘Army of the Dead’ scene. An easy 4km-long trail gets you into the midst of this surreal landscape – beware of falling rocks – but a longer 4-hour walk is also possible, which affords wonderful views over Palliser Bay and Lake Onoke. 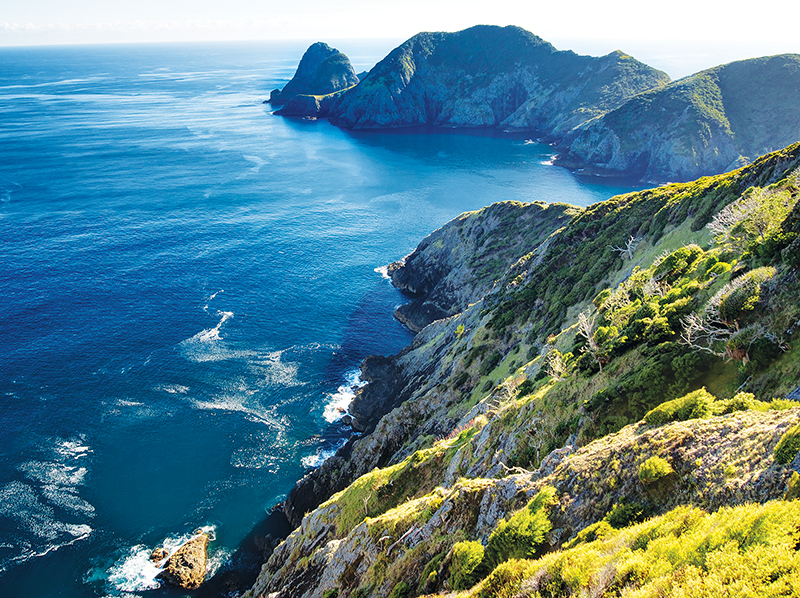 In the 1930s the great American author and avid fisherman Zane Grey came to New Zealand’s ‘Northland’ and described its waters as the “angler’s El Dorado”. What’s true for fishing is true to hiking. The coastline and white sandy beaches here seem never-ending, and one of the area’s finest trails is the 16km-long Cape Brett Track, which begins at Oke Bay and takes you along a series of steep cliffs and drop-offs through regenerated coastal heath – and the cosiness of Cape Brett Hut waiting for you at trail’s end. •

Get a taste of New Zealand through virtual travel