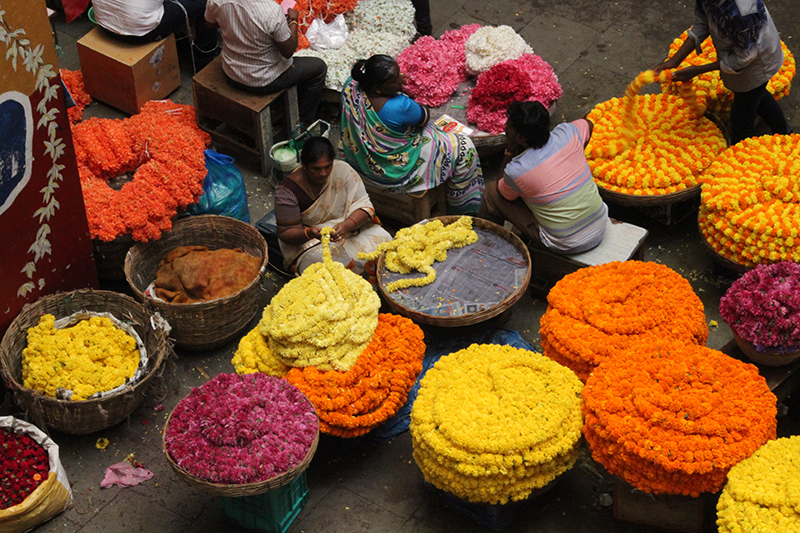 If I was a Sultan’s wife, an 18th-century teak Summer Palace or a 19th-century palace modelled after England’s Windsor Castle in Bengaluru would do just fine.

Grand doesn’t begin to describe these two residences that hint at Bengaluru’s impressive history of hospitality. Neither does a glimpse of a star-spangled wedding reception venue caught from the car window as I drove from Kempegowda International Airport to my accommodation at the equally opulent The Leela Palace Bengaluru.

It all started here back in the 12th century when a local king lost his way while on a hunting expedition. Tired and very hungry, he was grateful for a meal of boiled beans and a bed for the night offered by a poor old woman. He named her village Benda-kaal-uru meaning ‘town of boiled beans’, which eventually became Bengaluru.

When the British came in the early 1800s, they anglicised the name to Bangalore. The Indian government changed it back to Bengaluru in 2014, which is why the city is frequently referred to by either name. 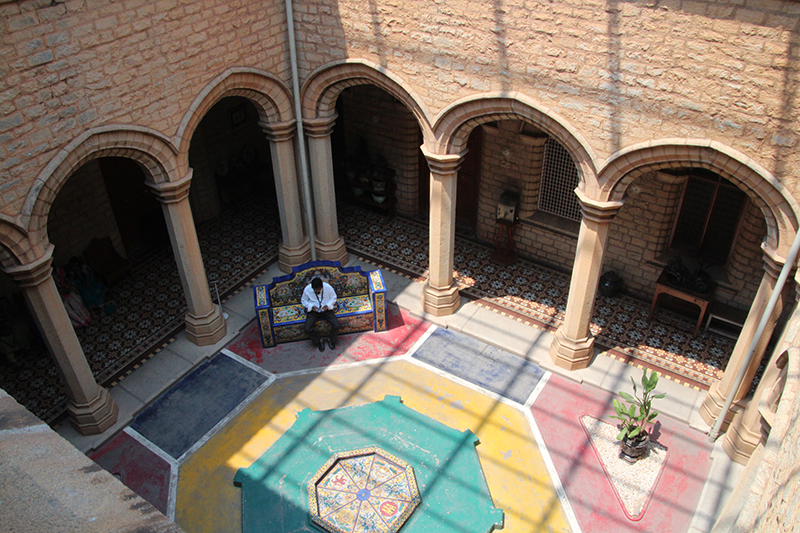 The highest of India’s cities and much loved as a holiday destination for its cooler weather, Bengaluru was the summer city of a mighty emperor, Mysore Tipu Sultan who fought long and hard against the British. Built in 1784, his Summer Palace was known as the ‘Abode of Happiness’. It is majestic, framed by manicured lawns with sweeping staircases and fresco-covered walls. The detailed carving on the two-storey teak pillars and the ground floor museum filled with artefacts from the era, including Tipu’s crown, hint at the luxurious life of the royals.

Close by, and next to the buzzing Krishna Rajendra city market, are the remains of Tipu’s Fort. Its tall stone walls are gently curved so those on the top cannot easily be seen until they attack, but that didn’t defeat the British East India Company’s army. They emerged victorious from a 1791 battle that killed about 2,000 people.

From here it’s just a short walk along a sidewalk crowded with people selling human hair to the K.R. Market, as the Krishna Rajendra Market is commonly called. This is Bengaluru’s largest wholesale market, which houses one of the biggest flower markets in Asia. 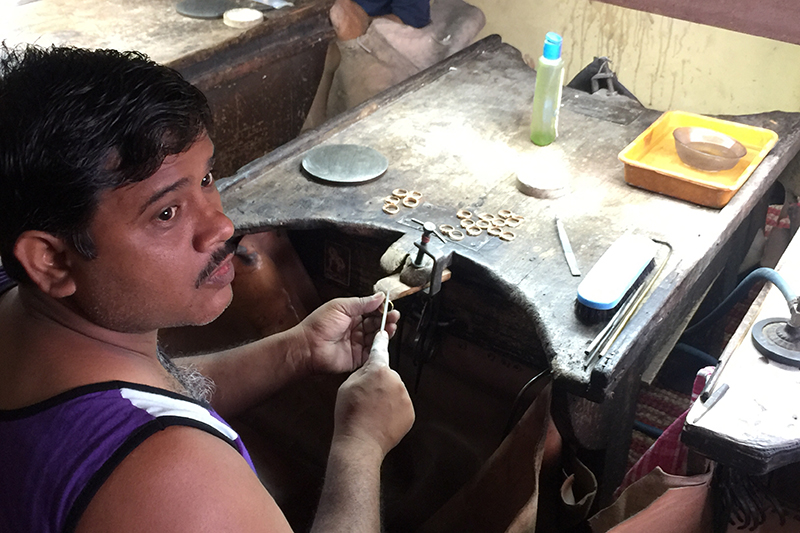 Sprawling over three levels linked by narrow, crowded alleyways overflowing with goods for sale, it is an eye-opening insight into local life. The first floor is for tools and machine tools, the top floor for dry goods, and the basement is where you’ll find flowers and vegetables. Walk up the stairs to the top floor for a view of the trading floor, a riot of colour as workers make flower garland ropes and barter their wares.

For another insight into Bengaluru’s past, take a tour through the shadowy hallways, sunny courtyard and oversized ballroom of the very grand Bengaluru Palace. Built in Tudor style, this is a stone building with fortified towers, battlements and turrets. Inside there are elegant wood carvings, elephant foot footstools and fluted glass chandeliers as befits the home of a prince.

In recent years, it also has hosted rock royalty with Aerosmith, Backstreet Boys, Elton John and The Rolling Stones among the many bands to play in the grounds. 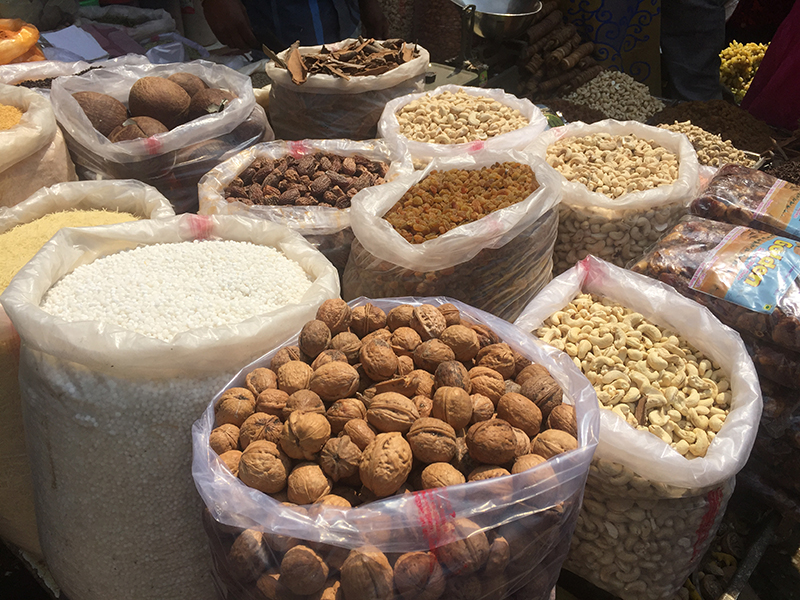 Exploring local cuisine is best done with caution in developing countries such as India where hygiene standards vary greatly, but locals trust Mavalli Tiffin Rooms’ 93-year-old reputation. A dining institution in Bengaluru since 1924, Mavalli Tiffin Rooms is regarded as the place to try dishes such as the thick, sweet porridge made from semolina, vermicelli, ghee, cashews, raisins and sprinkled with saffron known as Kesari bhath or Chandrahara dessert pancakes topped with sweet khoa.

Owned and run by the Maiya family, this restaurant has been a leader in food hygiene since the 1950s when Yajnanarayana Maiya came back from Europe with new standards of restaurant cleanliness, hygiene, and discipline. Now with the third generation in charge, the restaurant’s most popular dish is still rava idli, steamed semolina cakes made from a mix of yoghurt, coriander, cashew nuts, curry leaves and mustard seeds, which were invented by Mavalli Tiffin Rooms during World War II when rice was in short supply.

Their kitchen is open to visitors, and it’s possible to organise a walk-through if you are prepared to dodge waiters carrying plates piled high with food in the narrow spaces. 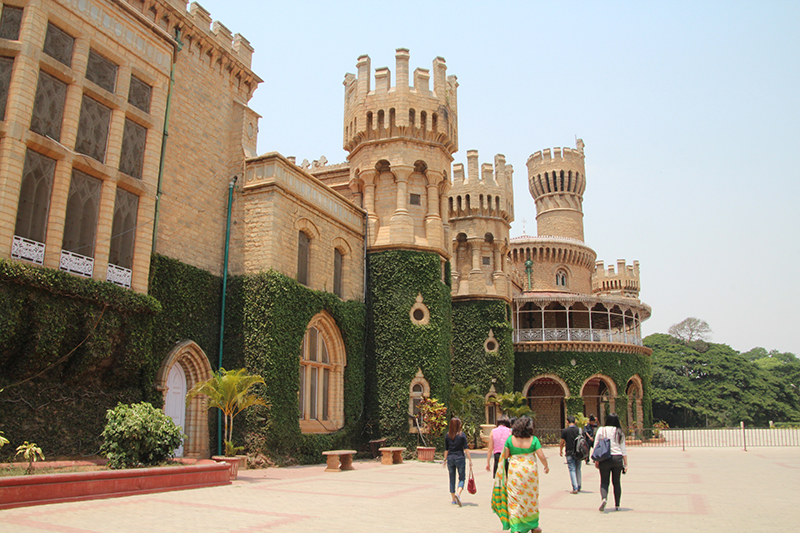 While Bengaluru is deeply rooted in the traditions of the south, there are flashes of fusion and a mix of modern styles on restaurant menus.

Mir Zafar Ali, executive chef of The Leela Palace Bengaluru, says that despite more than 17 years of hospitality experience, he is still learning new things about Indian cuisine because it is so vast and diverse.

“With over 60 per cent of the population from different parts of India and the world, Bengaluru is one of the most ethnically diverse cities in the country,” says Ali. “This has had a major impact on the culture and cuisine of the city and glimpses of cuisines from around the nation that can be experienced. Unlike most other places in India which highlight region-specific cuisines, Bengaluru is one of the
best destinations to sample foods from across India.”

Although traditional dishes are popular, Ali says health-conscious diners are driving the increased prominence of grains such as sorghum, foxtail, kodo millet, pearl millet and barnyard millet in restaurant meals. 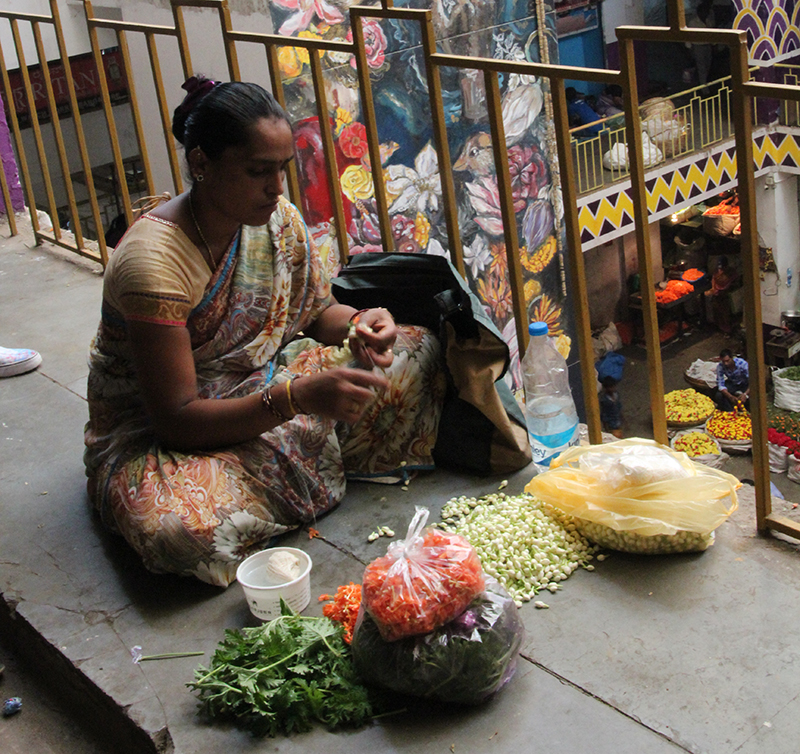 There’s no better evidence of this than a Basmati Blond Ale straight from the brick-walled microbrewery at Toit Brewpub on the busy 100 Feet Road. Here, they make beer using local fruit, rice wheat and spices, and sitting at one of the wood-lined booths feels just like my local.

Conditions around the market and through the city are a long way from the image of Bengaluru as India’s Silicon Valley. However, as anyone who has been Bangalored (lost their job because their company decided to move its operations to an Indian location) knows, a lack of physical infrastructure is not holding this city back when it comes to the world of high-tech with more than a 1,000 IT companies based here.

This fast-changing city buzzes with energy and change, but also has an eye firmly on its past heritage. It’s an interesting time to visit. •

Getting there
• With a fleet of 112 aircraft, India’s premier international airline Jet Airways offers seamless connections from Australia’s mainland capitals via codeshare partners.
It has a robust domestic India network covering metropolitan cities, state capitals and emerging destinations. jetairways.com
• Unventured will take you on a tour of Bengaluru by tuk-tuk (auto rickshaw), bicycle or foot and show a side of the city that may otherwise remain undiscovered. unventured.com
• Compared to the rest of India, Bengaluru has a mild climate but enjoys milder temperatures and less humidity from November to February.

Where to stay
The Leela Palace Bengaluru is a world of hand-woven carpets, bone china and hand-picked crystal surrounded by four hectares of lush, tranquil gardens. The hotel’s gold leaf domes, ornate ceilings and grand arches have been inspired by the Royal Palace of Mysore and the palaces of the Vijayanagar Empire. A member of Preferred Hotels & Resorts, The Leela Palace Bengaluru is located close to the business district, golfing greens and the retail delights of the cosmopolitan 100 Feet Road Indiranagar. theleela.com; preferredhotels.com