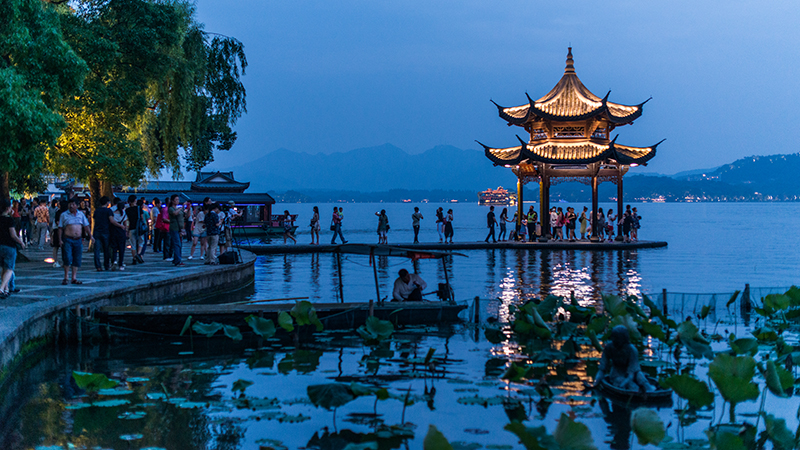 Apart of me is defined by China. I’m defined by crumbling ramparts and antiquated fortresses, bubbling vats of culinary wizardry, historical cache and modern vigour, impossible vastness and seething crowds.

China became a part of my character when I first visited Beijing back in 2008; sent to explore the great red dragon on my first official travel assignment. What I saw, what I learned and what I experienced changed forever the way I live, work, and play.

I’ll never forget taking ancient step after ancient step at the Great Wall, surveying from the battlements the entirety of a continent, and wondering if I would ever again feel so free.
I remember how nearly every stranger smiled, waved, or shook my hand, breaking down my preconceived notions of strangers in strange places in the process. I remember wandering impossibly sprawling markets, buying knock off watches and knock off hats that would fall apart and melt in the rain, respectively.

And I remember slipping into a tiny hutong café to sip yak milk tea, wandering Wangfujing Street Market into the night, and revelling in the sensory assault of what was then the most faraway land I could imagine. My assignment was a small one for a small regional magazine with an even smaller audience, but it persuaded me to think big. It was my first visit to Asia, my first time in a sea of unfamiliar faces, and the most revelatory experience of my life.

Some 70 countries later, and countless assignments into my career, I still look back fondly at China for what it taught me about travel, and what I learned about myself. When Goway Travel came calling and asked if I would venture east with them on an experiential odyssey from Beijing to Shanghai, I hesitated. I wondered how the years between visits had coloured my vision of China: how could a destination that had become almost legendary in my mind live up to my outsized expectations? I acquiesced. I was ready to discover whether or not China could again turn my life upside down.

Beijing was different from the beginning. Sure, the city itself seemed the same – it’s difficult to change a way of life thousands of years in the making in less than a decade – and the sights, sounds, and smells were similar. But I had changed significantly since my last visit.

My first day in Beijing, I was whisked out of town and delivered to the Jinshanling section of the Great Wall, in rural Luanping County, Hebei Province, some 80 miles from Beijing proper. Jinshanling and nearby Simatai are visited less frequently than sections of the wall closer to Beijing. They’re also known for sensational mountain scenery, and the state of preservation of the wall itself. That same wave of awe I knew years ago washed over me as I looked out over the serpentine spine of the wall as it slithered through the countryside, and I was charged by the good fortune that has brought me back to this most remarkable place.

Where once I was happy simply to travel, now I was struck by the spectacle of the moment, and the might of the destination. A Tuesday afternoon in June, the wall was void of visitors; it was mine to discover, and as I explored towers and fortifications and crumbling bits of history, I wondered where else China would reflect my own changes.

Craft cocktails at the W Hotel; a few pints of German pilsner in the garden at the New Otani Changfugong Hotel (because apparently German beer is something you’re supposed to drink when visiting Beijing); a few sips of local firewater procured from a street vendor’s rolling apothecary cart: this is how I primed myself for exploration when back in Beijing.

I wandered the endless ferret warrens of hutongs (narrow alleyways created when traditional courtyard homes were built adjacent one another) near beautiful Houhai Lake, my camera primed by atmospheric marvels and curious locals.

I was surprised with a lunch with a local family, where I learned a little of what it’s like to live tucked in tight with a few million of your closest friends; how truly terrible I am at hand-crafting dumplings; and that I know virtually nothing about making the perfect cup of tea. It was an enlivening experience I wouldn’t have otherwise had access to, and it broadened my scope on what life is like in ever-bustling Beijing.

I mixed in the can’t miss attractions (Forbidden Palace, Drum Tower, Shichahai Lakes), and measured them against more eclectic attractions, like Bar Street, where I had the chance to karaoke my heart out; tug my own rickshaw down a busy road; rub elbows with local folk at hole-in-the-wall restaurants; and snack on starfish and scorpions at the Wangfujing Street Market, a bustling area of the Dongcheng District that reverberates with the pulse of thousands of excited explorers.

My trip was infused with an unexpected cultural vigour, with our escapades capped with a dinner of legendary proportions at Quanjude.

I’ve learned over the years that many of the cuisines of the world have been inspired by the Chinese palate, and that nearly every city has an enclave where the discerning foodie can track down dowdy dumplings, uninspired ma po tofu, or chewy chow mein, but for anyone with a pang for Peking roast duck there are only two places worth mentioning; Quanjude and Bianyifang, two of the oldest restaurants in the world. One is the grail, the other Sean Connery. Together they are the Last Crusade of Duck. We dined late into the night, and put an exclamation point on a Beijing experience that proved to me a destination can be whatever it is you decide to make it.

We said goodbye to Beijing and rocketed toward Hangzhou by high-speed train, where UNESCO World Heritage Sites, the grand West Lake, strange song and dance performances and endless other attractions waited.

Beijing’s madcap bustle was replaced with a graceful pace; I spent evenings touring the lake, afternoons dining in style at the legendary Jin Sha Restaurant at the Four Seasons, mornings in bonsai shops and teahouses, and even had an opportunity to diagnose my wanderlust at a traditional Chinese medicine museum and pharmacy (prescription: keep wandering).

Hangzhou, on China’s eastern lip, is buttressed by the waters of the Qiantang River, and has been known for centuries as the southern station of the Grand Canal that begins in Beijing. The temples, pagodas, gardens and bridges here have been the subject of song and script since the 9th century; the city’s alluring verve endures.

We wandered out to the living history museum that is Wuzhen, an ancient water town that operates today much as it did centuries ago. We ventured behind the scenes to a number of workshops and into traditional homes I otherwise would have missed, with guides that provided heady interpretations of Wuzhen and the encyclopaedic history of the city, and pulled back the curtain on one of China’s most unique historical sites.

We also took time out of our day to visit the rather eclectic Bed Museum – no laying down, please – a textiles factory – you can wear any colour you want, so long as it’s blue – and an ancient pawn shop – no pictures, please. I could write volumes about what I saw, ate, and experienced in Wuzhen and Hangzhou; I could wax poetic about the languid oasis at the centre of China, a destination as inspiring as exists in East Asia, or I could simply tell you immersing myself in this wildly different world, for a second time, charged me again with a desire to see as much as the world as I can put in front of my boots. •

Getting there
Qantas flies daily from Sydney to Beijing: qantas.com

Where to stay
Beijing is one of the largest cities in the world, and its physical footprint is immense – which means location, location, location is important when deciding on where to stay. Try one of these three areas to start in on the action:
• Nanluoguxiang
Nanluoguxiang has become one of the city’s most interesting neighbourhoods, with more bars, restaurants, shops and boutiques than you could visit in a week. It’s centrally located, with public transit access to all of the city’s major attractions, and boasts numerous boutique hotel options.
• Houhai
Houhai is known for its beautiful lake, laid-back daytime charm, and humming nightlife. There are plenty of upmarket hotel choices here, and the food – from street eats to upscale restaurants – is richly varied. Try Han’s Royal Garden Hotel. hansroyalgardenhotel.com
• Qianmen
Qianmen is the place to stay for history buffs and culture vultures – located south of Tiananmen Square, steps from the Forbidden City and dozens of other attractions, Qianmen boasts a quiet walking street, iconic restaurants, and a ton of shopping opportunities. Try the Qianmen Hotel Beijing.