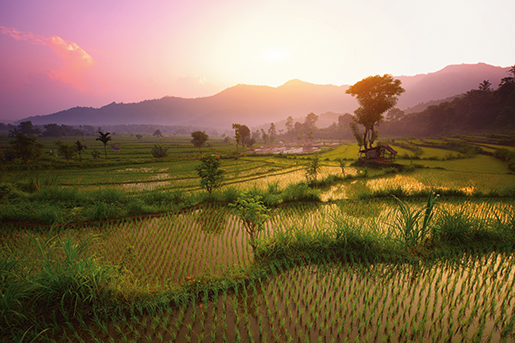 In this thoughtful piece, Brannon Gerling explores ways to do so much more than just travel. Open your eyes and your heart and the world will open to you.

We often live vicariously through travel and cooking shows, through lucky friends heading to a wild place we’ve only heard about in National Geographic. We’re fascinated by Survivorman and other adventurers who fearlessly roam the world, eating Hanoi snakes and Peruvian guinea pigs, discovering beaches in some off-beat archipelago, hammering en route to a Tibetan peak – passing into far-out territory and making the world somehow seem small. Yet, we wouldn’t dare cross those lines. Not in this lifetime; perhaps not in the next either.

Plucking up to drink liquid from a dead camel’s bowels and building make-shift grappling hooks are for more advanced meetings. Ours is basic, yet profound. We seek the world traveller’s spirit. There’s no itinerary required; we begin even closer to the motherland than one might think – right at home.

Wrap your mind around the following and ditch the fear. We’re going for the world’s ultimate horizons.

Travel fresh
“There is little faith involved in setting out on a journey where the destination is certain and every step in between has been mapped in detail,” says Bear Grylls, author and extreme adventure star of Man vs. Wild. Strict plans can breed disappointment. We’ll travel better with flexible mindsets that aren’t merely fixed on arriving at destinations, like Robert De Niro’s “Here I am you lucky people!” Don’t dodge the adventure upon arrival. Enjoy yourself – you are the ride. 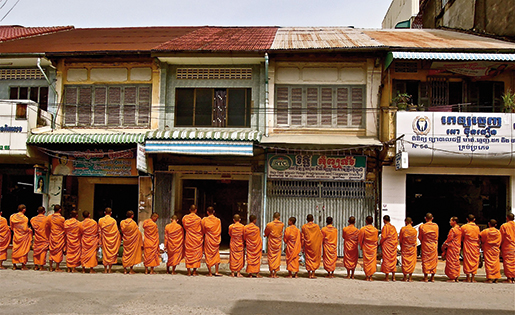 We leave emotional baggage behind by ignoring prejudice and undue gossip that blur the wakefulness of fresh experiences. Grylls says that “cynics and dream-stealers are more dangerous than you might ever imagine.” So we go with faith and leave behind what we can.

Grylls’ faith, his ‘backbone’ – all but blown apart during a parachute malfunction in Africa – brought him to the top of Everest, sailed him 2,500 miles around the Arctic in a rubber boat, saved his life countless times. It has taught him that “Ego in the wild kills.” Like Grylls, staying faithful to our essential goals unfurls our purpose of being anywhere, dissolves prejudices, and waves gossip on by.

Situations may become sour, but within worst-case scenarios are best-case opportunities that whet our characters. The young enquirer from Wales, T.E. Lawrence ‘of Arabia’, described life in the desert, saying: “By day the hot sun fermented us; and we were dizzied by the beating wind.” But under an “indifferent heaven,” incessant discomfort was eclipsed in the glare of a hope that intoxicated him: “the moral freshness of the world-to-be.” Eventually, Lawrence helped unify 20 million Arabs early last century – by the time he was 22.

Whether travelling is about taking a steep pass in the Cordillera Blanca, getting durian past our noses, or unshackling desert tribes, ‘moral freshness’ and appreciation soften the heart for culture and securely open the mind.

I’ve found that when I swap indifference for appreciation, I feel freer and more alert. I’m invited into more homes, have more random, fruitful conversations, and push around extra corners to discover an awesome street, café, or vista. With this in mind, I visited Rasmey’s shack in Boeng Kak ghetto in Phnom Penh, where he fraternally bathed me before his pregnant wife and fanned me to sleep on their tiny floor; I stayed in reticent Amaicha del Valle to serendipitously discover the spiritually effusive Pachamama (Mother Earth) festival in northern Argentina; and I naively looked for and found my love sitting tenderly at an Ubud café the morning after we sketchily met, a couple of hours before my flight from Bali.

When I’m indifferent, however, I close off, and things don’t usually get weird enough to be unforgettable. 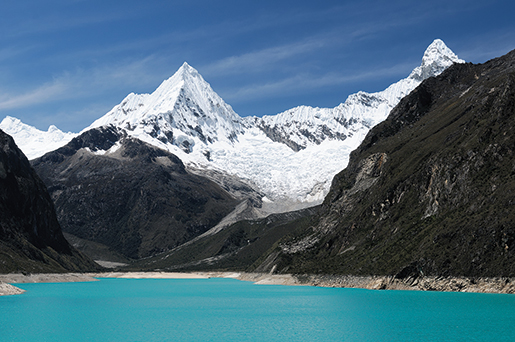 Evoke the common symbols of humanity
Every land has its mothers and fathers, aunts and uncles, and children. The societies they form glue together with unwritten ‘social contract’ virtues and rules inscribed by self-possessed wise men and women. Knowing that social virtues, religious rules, and moral compasses tie families and societies together is quite key: You may find your bags somehow packed for you, even without drinking San Pedro or ayahuasca.

Confucius famously promoted five qualities that constituted perfect virtue: gravity, generosity of soul, sincerity, earnestness and kindness. In the West, Socrates battled the Sophists in ‘verbal judo’ and established moral standards by defining piety, courage, justice, temperance and wisdom. Both sages swapped relative justice and the prevailing notion of ‘might makes right’ for a collective justice that populations could follow despite caste and status.

Even more basic are the ‘silver’ and ‘golden’ rules rooted in world religions. Buddha’s “Hurt not others with that which pains yourself,” and Matthew’s “Do unto others what you would have them do unto you.” Though the silver prevents harmful acts and the golden promotes good ones, they’ve both helped to socially merge East and West.

Virtues and rules aside, within each of us is a moral compass that points to what Mexican shamans refer to as the ‘hearted path’. We need not have shamanic eyes to see to strangers with heart and spontaneity; we simply recall that social guts are roused by curiosity and some sacrifice. What we get in return is priceless.

Patience is a virtue
Not all world travellers are John-Wayne-cool; can’t all be mavericks unmoved by pain and deception. But keen travellers usually know what irks them and respond immediately, if needed. Getting ripped off or sleeping in a dank, mosquito-infested room needn’t happen twice in a row.

We can do more when unhurried. Be patient in the marketplace, for example. See what locals are paying, ask around for bottom prices, find the best quality goods and try to create wholesome, memorable moments and relationships. Besides cash, sellers seek authentic, empathic presence from buyers. Give Denik the Ubud pineapple man a hug and he’ll toss you one for free and invite you over for arak. Share a few jokes with Cem the Istanbul carpet merchant and he may appear in your driveway with a van full of hand-knotted carpets, cut you a deal and invite you out for a burrito.

Patience sharpens consciousness and opens doors. But options are inevitably limited sometimes, like lodging variety when arriving at Laotian bus stops after midnight. Getting frustrated over options and amenities generally ignores the serendipity that sits within the oyster of new moments.

Frustrating and hostile situations shouldn’t dissuade us. Hostility usually arises when someone thinks someone else lacks respect. Like when I was travelling through the Cappadocia moonscape in central Turkey during a holiday. At one stop, my driver stepped off the bus to tell an eager queue that the bus was full, but the queue mobbed him while most of us sat squirming in shock. Although the driver returned holding back the blood from his head, he remained coherent and peaceful throughout the fiasco. He checked himself, started the engine, and brought us back down the very rocky way.

Still questioning his coherence, the lesson sank in. Hostility consumes hostility, and its reasons eventually defuse when returned with understanding. In heated situations, return hostility with steady, calm respect because hostile agents are usually feeling disrespected somehow, even if the reason is as obvious as a full bus. No doubt, we exercise respect best by respecting ourselves, and self-love is what hostility forever admires.

In a word, we bank energy by picking meaningful battles, find opportunities within the cracks with patience, and kill ill situations with cool kindness. 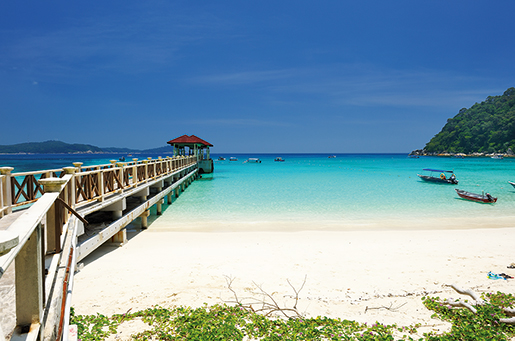 Peace is the word
Chinese sage Lao Tzu wrote the Tao Teh Ching after self-exiling himself from a corrupt government. Travelling by water buffalo to the Gobi desert, he wrote: “He who knows how to live can walk abroad without fear of rhinoceros or tiger.” He asked why, and answered himself: “Because he has no place for death to enter.”

There’s colossal strength in characters that have no time for petty competitions. Uncompromising situations seem to disappear when expectations are swapped for the love of spontaneity. The best travellers that I’ve met on the road − like Javier who hitchhiked from Madrid to Pulau Perhentian, Malaysia; or Cora, who travelled throughout South America for years selling handmade earrings in public squares − don’t expect much. For them, like Grylls, “the grass isn’t always greener elsewhere.” They simply greet new experiences with curiosity and enjoy whatever they can.

Refraining from raucous conversation, storing coveted jewellery, and not being overly compliant is basic travel knowledge, but it’s not enough to feel safe everywhere. We usually find safety when we let our emotions run their course, since feeling safe is generally up to us. But one should never underestimate the refuge that scalding hot showers, high-speed Internet, and donut-like substances provide.

Unlock the world
We’re usually satisfied with normal conversations that don’t get outrageous like Tarantino dialogues. But we can learn a lot by the curious thoughts and behaviours of others. Whether we’re dragged into a political tirade in a Parisian café or catching the zephyr with a Cambodian, communicating with locals is a beautiful part of the travelling metamorphoses.

Each individual, culture and region has unique ways of understanding our world and living well. Since the Balinese don’t draw distinctions between the seen and unseen worlds, actions travel beyond themselves and dicey behavior is usually kept in-check with good karma. How else could a family of five load up on a scooter, deploy for a tight road, and successfully get from grandma’s to the banjar?

In South Africa, Xhosa tribes channel spiritual connections through funky, primordial beats. Rhythm is religion along the Wild Coast. Djembes are gratuitously provided, and Snokes down at Coffee Bay wants us in the circle losing control at some point.

Overall, the secret to travelling the world is the world itself. Engage it. It’s certainly okay to feel lost, but it’s unnecessary when − although everything looks, smells, and feels different − fundamental similarities are everywhere. Half the scrap is simply showing up someplace new; the other half is finding appreciation for the things within it. True, there’s only one Bear Grylls, but the blooming world has you styling your own hearted way. •

Photography by Brannon Gerling and iStock