The Bali food scene has seen a growing trend back towards the traditional on the plate. Natascha Mirosch take V&T on a tour devouring the tasty.

There’s a whiff of smoke in the air and something else; fragrant and nose-ticklingly spicy. Pak Rimpin rubs a paste into the skin of a duck with as much vigour as a Turkish bathhouse attendant and stuffs it with a mix of herbs and spices he’s chopped to minute dice. He then wraps the duck in coconut bark and buries it in smouldering rice and coconut husks to gently smoke for 12 hours, after which it will grace the plates of some of the best restaurants in Ubud. It’s a sign of what’s always been available on Bali’s food scene yet in recent times a growing trend back towards to traditional on the plate is taking shape.

It wasn’t so long ago that local food barely registered on the radar of Bali holidaymakers. It was all about the beach, bars and Bintang. And satay was just about the only Balinese food you would likely encounter on the well-trod tourist trail.

But restaurants and cafes have proliferated in the buzzy enclaves of Ubud, Seminyak and Canggu. Drawing from the wealth of produce, rich Balinese culinary heritage, and a deep talent pool of local and international chefs. It’s seen Bali’s food scene transformed with stealth and speed that has surprised the locals.

No one is better positioned to have witnessed the metamorphosis than Janet DeNeefe. The former Melbournite (now Indonesian national) has lived in Bali since the 1980s with her husband Ketut Suardana, owns a guesthouse and restaurants, runs food market tours and cooking classes. In her spare time she writes cookbooks and is the founder and director of the Ubud Food Festival, now in its eighth year.

“In the 80s, the restaurants in Bali were more focused on potatoes, grilled meat and western food for the visitor,” DeNeefe tells me. “Now there’s a new interest in Balinese and Indonesian cuisine using local exotic ingredients in innovative ways. It’s a very exciting time, food-wise.”

Kudos for part of that interest is being given to foreign chefs who’ve made Bali their home, employing and mentoring locals and instilling in them a fierce pride for their own cuisine. Many of those proteges have gone on to take the helm at highly regarded restaurants, inspiring the next wave of up-and-coming Balinese chefs.

Kieran Morland, the owner of Sangsaka restaurant in Seminyak and Luma in Canggu, moved to Bali in 2010, taking up a position at the time as head chef at the seminal eatery, “Ku de ta.”

“At the time, nobody on the island was cooking Indonesian food in the nicer restaurants,” Morland says.

“It was all French or Italian. We thought we should do it in a high-end environment with the best quality products and using unusual indigenous ingredients. If I travel overseas, I want to try the local cuisine.”

Other restaurants followed suit, and tourists have been the lucky beneficiaries with intelligent, contemporary Indonesian and a host of international-styled restaurants furthering Bali’s credibility as a food tourism destination. Underpinning restaurant and café menus are the island’s luxuriant local produce.

Morning at the markets

At Ubud’s chaotic morning markets, Janet DeNeefe chats with stallholders in fluent Bahasa Indonesian as she leads us past colourful stalls. Many display baskets of flowers and betel nuts used to make banten. The daily offerings to gods like Dewi Sri, the goddess of rice and fertility.

We dodge fresh tofu and buckets of still-flapping fish, stopping for an explanation of what the Balinese do with fern tips, thumb-sized white eggplants, palm hearts and edible ginger flowers, fermented nuts and gnarled rhizomes. There are piles of unfamiliar greens and tropical fruit. There’s a section where smoky grills sizzle with whole butterflied chickens and sticks of goat satay.

And, of course, there are the hawker stalls. Here you’ll find many selling spices that go into the complex pastes known as bumbu, the cornerstone of Indonesian cooking. Including Bali’s own fragrant basa gede, made from up to 20 different ingredients. Indonesian food, De Neefe says, is not only incredibly diverse but regionally specific.

“Even a Balinese person doesn’t really know how to cook Javanese food and vice versa,” she says.

Religion also plays a part in those regional differences. With a majority Hindu population, pork is a favourite in Bali. With babi guling (suckling pig) stuffed with cassava leaves and spices are often eaten during ceremonies or festivities.

One of the best places to try it is Warung Babi Guling Ibu Oka in Ubud, where the pigs are cooked over a fire with a hand-turned spit for 6 hours. The skin repeatedly lacquered with sweetened coconut water, resulting in explosively crunchy crackling.

“No question – the best pig I’ve ever had,” said the late Anthony Bourdain, who visited Warung Babi Guling Ibu Oka in 2006 for his “No Reservations” television program. Thus virtually guaranteeing an uninterrupted stampede of hungry tourists ever since. 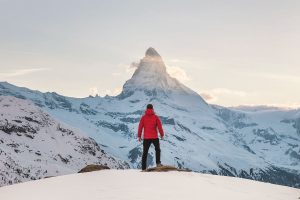 Bali’s more casual restaurants, known as warungs, often specialise in a specific dish, so it’s worth sourcing local intel on where to eat the best of a chosen dish.

Given the prodigious amount of talent and excess of exciting dining experiences, it’s surprising that Michelin has yet to release a Bali guide. Still, many in the food industry and culinary tourists agree it can only be a matter of time. And when the guide does turn its attention to Bali, predictions are that a cosmic storm of food led stars will rain down on the island of the gods.

The best time to visit Bali is April, May, June and September, around the high season of July and August for the national school holidays in Indonesia.

The Ubud Food Festival features chefs, authors and food specialists from Indonesia and abroad. Check their website for updates.