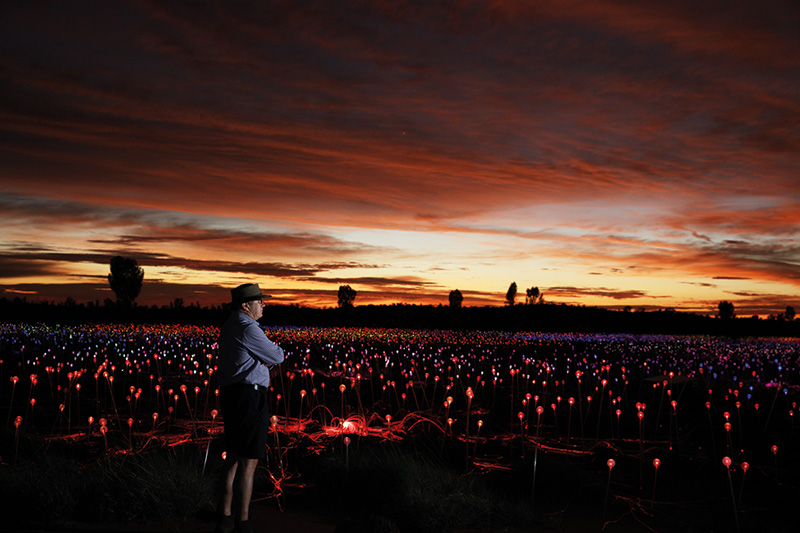 Artist Bruce Munro lights up when discussing the artwork that changed his life. The piece that brings a smile to his face is Field of Light, a monumental carpet of illuminated spheres on stems that began life as jottings in a sketchbook in 1992 while he and his fiancée (now wife) Serena camped at Uluru. Munro sketched the idea of an installation that would bloom at night, like dormant seeds bursting forth after rain.

“I wanted to express that feeling of joy – a mixture of joy and serenity,” he says. “This was a private jotting – it wasn’t something I ever imagined would go further than the sketchbook.”

It wasn’t until 2004 that Field of Light first materialised at both London’s Victoria & Albert Museum and in Munro’s own backyard in south-west England. His evocative installation struck such a chord that Field of Light has since illuminated sites across the United Kingdom, United States and Mexico. 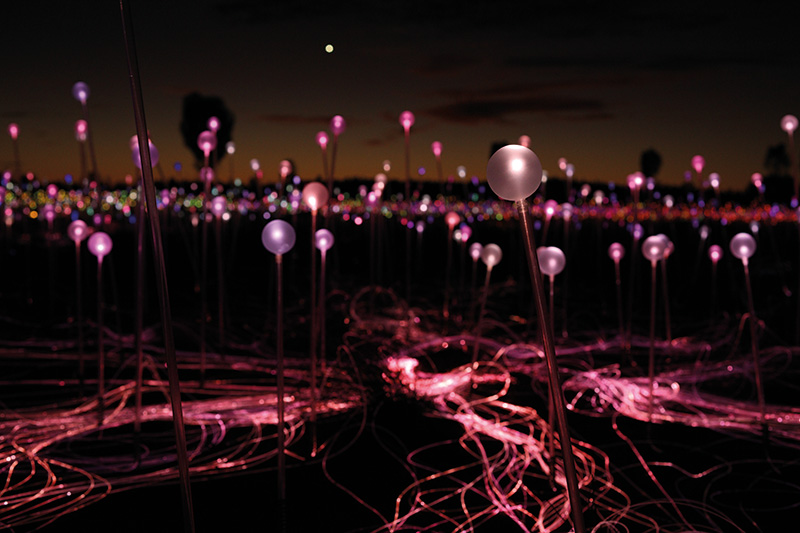 But it was an interview with ABC Radio in Alice Springs that started the process of bringing Field of Light back “home” to where it all began. An executive from Voyages Indigenous Tourism Australia, which operates Ayers Rock Resort, heard Munro’s interview and contacted him.

“The idea of actually bringing it home for me was like a dream come true,” says Munro.

The project gained momentum when Qantas agreed to transport the 15,000 tonnes of lights from Munro’s studio to the remote desert site. The solar-powered installation is quite something to behold – 50,000 frosted-glass spheres cover 49,000 square metres of red desert.

As visitors delve into the work, which looks like a field of futuristic flowers blooming between tufts of spinifex, they’re enveloped by choreographed waves of colour that Munro toned down so it didn’t out-do the spectacle of Uluru’s star-spangled night sky.

Field of Light Uluru is switched on nightly until March 31, 2017.
ayersrockresort.com.au/fieldoflight 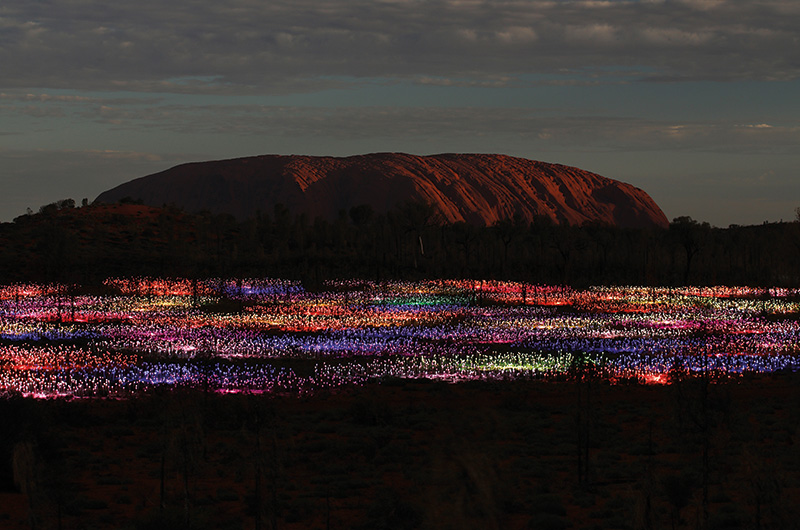