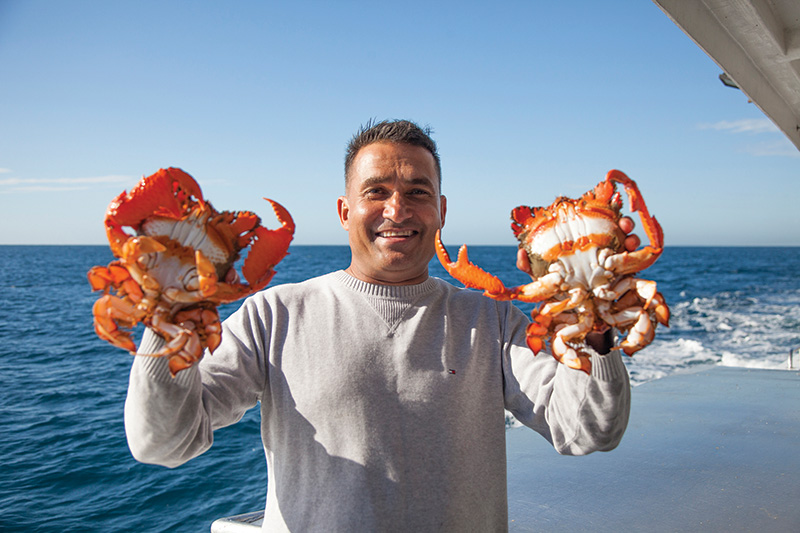 The Sunshine Coast is a beautiful part of Australia. Located an hour and a half north of Brisbane, the region is full of beautiful beaches and seaside towns. Head inland and you will discover the equally enchanting hinterland. The produce and food from this area truly shine if you know where to look.

The craft beer scene on the Sunshine Coast is rapidly building. The best—and safest—way to discover it is by letting someone else drive you around so you can focus on the drinking.

That’s where Josh Donohoe of Sunshine Coast Craft Beer Tours comes in. He’ll take you on a tour of the newly opened Brouhaha Brewery in Maleny. See where the beer is brewed on site, then have a bite to eat and sit back and relax with your craft concoction, perhaps a Raspberry Saison or Amber Ale, in surrounds that are described as “modern industrial meets Maleny.” Owner and founder Matt Jancauskas calls opening Brouhaha Brewery “a dream come true.” 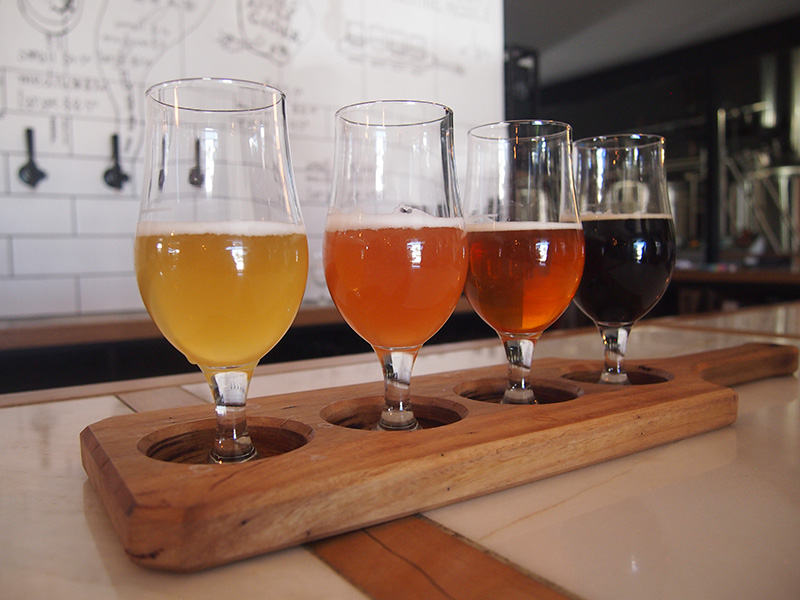 After training and learning to brew beer in London, Matt came back to the Sunshine Coast, and had the opportunity to be part of bringing Brouhaha to fruition.

“Maleny was crying out for a venue like this, and it’s always been known for its food and produce,” he said. “We are cutting out the middle man and serving it on our own premise, and it’s as fresh as it can possibly be and it makes us able to operate an at affordable price.”

Fruit also plays a big part in some of the brews.

Jancauskas said, “We are proud of local produce being in the beer, like the Finger Lime IPA and the Raspberry Saison. All the fruit we just get down the road.”

If you hear a buzz as you drive through Peachester, don’t be alarmed, it’s just the swarm of bees coming from Paula West’s place. 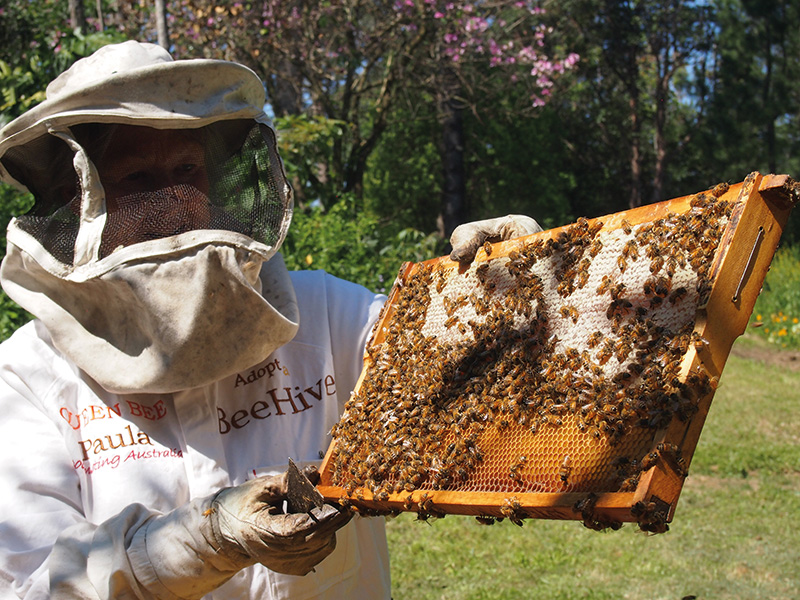 She is the Queen Bee at Adopt a Beehive and has established honeybee sanctuaries to increase honeybee populations and pollination. You can donate and adopt a beehive, and you’ll be rewarded with the fruits, or should we say honey, of the bee’s labour. Learn more at a beekeeping workshop—don a beekeeper’s veil and be a beekeeper for a day. Spin the wheel and watch as you spin honey from the wooden block into a bucket below. They also offer backyard farming and kitchen garden workshops here too as part of their sister company, Kookaburra Organics.

Visit the Sunshine Coast’s one and only camel farm with Live It Tours. The ‘Camels and Canapes’ tour will take you to the QCamel dairy farm.

Meet the camels themselves and then have a taste of the camel’s milk, which is very white in colour and has a variety of health benefits. They are very friendly creatures, and owner Lauren Brisbane knows them all by name. Watch the camels as they roam on the farm, which overlooks the striking Glasshouse Mountains, as you taste canapés like the delicious camel’s milk panna cotta. 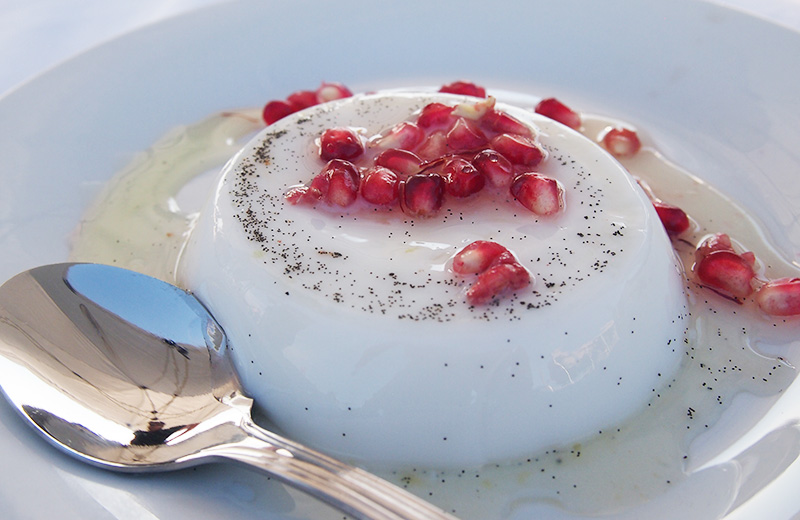 Narrows Escape Rainforest Retreat is the epitome of peace and you can easily spend a night or two here.

Owners Mark and Joanne Skinner will make you feel at home in one of only six pavilions on the property. You’ll wake up to the sounds of birds chirping and bush turkeys scattering around on the canopy floor. Freshly baked croissants are delivered to your door and they are delicious. Eat breakfast on the balcony and feel a sense of calm wash over you. Make sure you take the short nature trail around the property. The owner’s dog was my makeshift guide and led me around the path.

The Cooking School Noosa is a must-do experience for any wannabe masterchef.

Take a class and learn new skills whilst under the tuition of talented chefs from the school’s sister restaurant, Wasabi. Executive chef Zeb Gilbert led our class with a South East Asian spring experience. The class is very hands-on so be prepared to get involved. You’ll be amazed at the three-course meal you and your classmates put together in just a few short hours. The meal at the end is all the more special, knowing that you have created a fresh and enticing Asian menu. Take home the recipe book at the end of the day so you can practice your newfound skills at home. 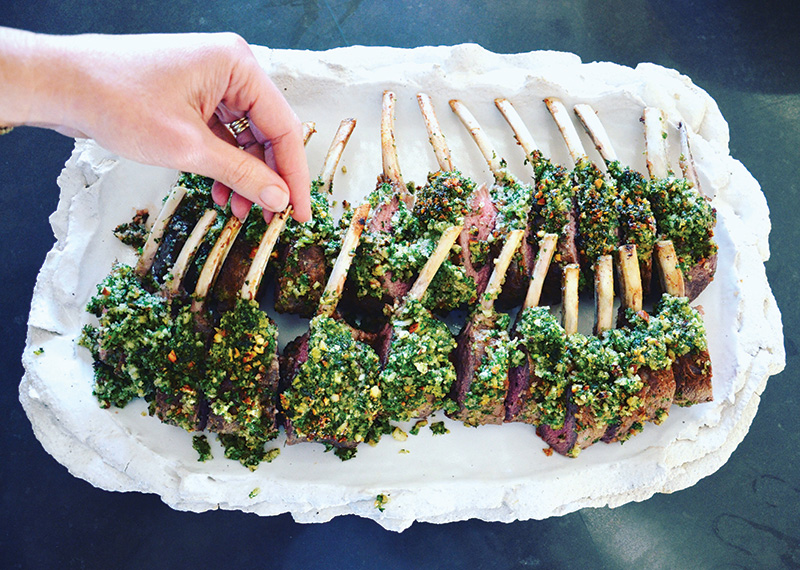 After seeing Zeb Gilbert in action in the day, you’ll want to see his talents on show at the two chef-hatted Wasabi Restaurant and Bar. Together with restaurateur Danielle Gjestland, they have created an incredible Japanese experience that focuses on local produce and local ingredients, many of which they grow at their very own farm, Honeysuckle Hill. The seven or nine course Omakase menu is a great way to experience Gilbert’s innovative menu with dishes like Kani Shinjo, tempura local spanner crab and yama imo mountain potato dumpling with wakame salt, yuzu and kinrenka.

The Sofitel Noosa is a convenient and stylish base for exploring Noosa. Located right in the centre of town, it features a great pool area with a swim-up bar, perfect for afternoon cocktails by the pool.

Of course, you can’t visit Noosa without exploring its famous beach and waterways. Just a short stroll down from the Sofitel Noosa on Hastings Street, you’ll find many splendid shops and boutiques and, of course, the spectacular beachfront. Try your hand at stand-up paddle boarding with Noosa Stand Up Paddle, or take a wander through the National Park.

With such a breadth and diversity of food experiences on the Sunshine Coast, every meal is an event, and you’ll never want to leave. 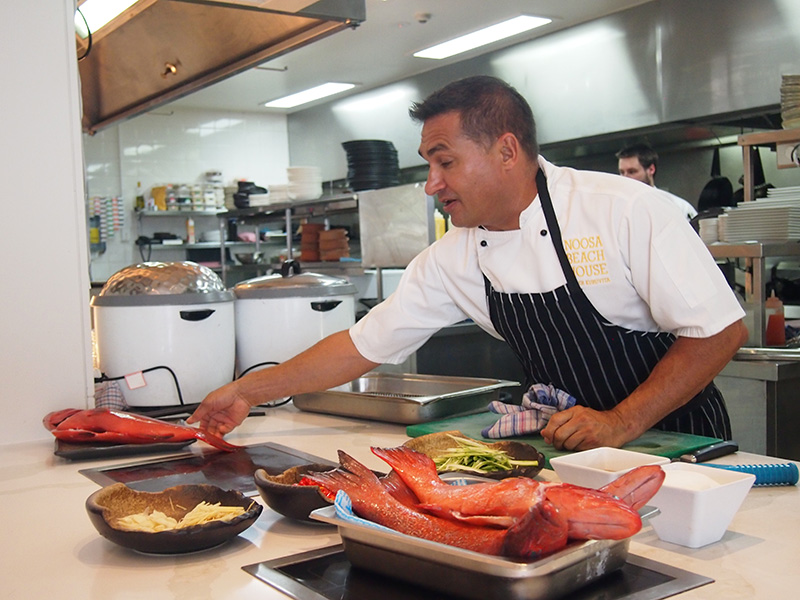 A few years ago Peter had a sea change with his family and moved up to Noosa from Sydney. In this new series he explores the diversity of produce in the region. Kuruvita said, “From the pristine coastline to the fertile hinterland … the range of produce is diverse and the producers are passionate about the environment and sustainability.”

We toured the Noosa Farmers Market with Kuruvita and saw this incredible local produce first hand. Peter purchased freshly caught fish, fruits and vegetables at the market in the morning, then we headed back to his stunning restaurant, Noosa Beach House, located at Sofitel Noosa, for a cooking demonstration with the man himself.

Seeing Peter speak so enthusiastically about the food he is cooking and the growers and producers he met during the making of the show, one can’t help but want to pick up an apron and hop in the kitchen too. And you can, because Peter has crafted these dishes so that you can make them at home. Recipes will be up on the website after each episode has aired. Happy cooking!