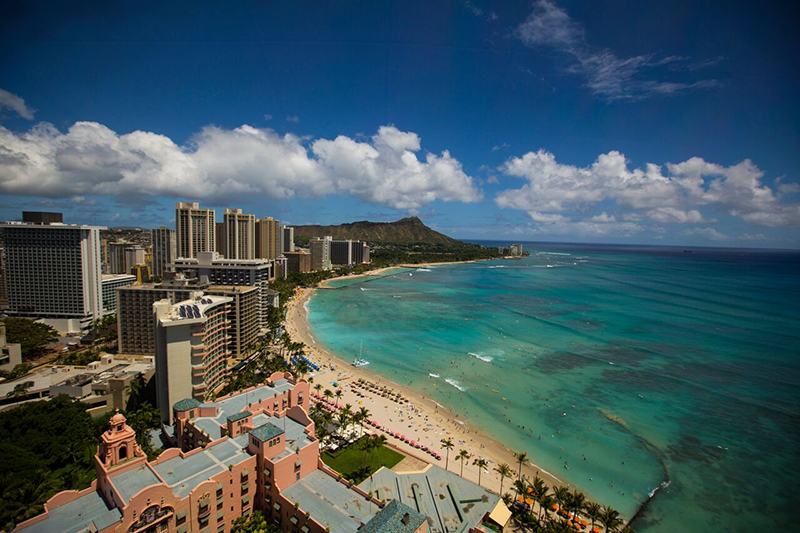 Despite a significant drop in the Australian dollar, figures have shown our ongoing love for Hawai’i continues to grow, with a total of 333,998 Aussie visits to the island destination last year, up 7.8 per cent from the previous year, making Australia its third largest market.

Speaking of the record results, Hawai’i Tourism Oceania (HTO) Australia Country Manager, Kerri Anderson, said: “Australians go back to Hawai’i again and again, with more than 45 percent of visitors on at least their second trip so it’s heartening to see that the declining AUD hasn’t deterred them from choosing a Hawai’i holiday.”

However, while the falling exchange rate hasn’t put us off visiting or even staying for longer (an average of 9.53 days, up two per cent), it does seem to have tightened our wallets, with a 5.6 per cent drop in overall per person trip spending, and although hotels remain the accommodation of choice, we’re also choosing alternative options more, such as rental homes and bed and breakfasts.

With HTO telling us all about the variety of experiences on offer beyond the sea, sun and sand in their 2015 campaigns, nearly a third of Aussie travellers were inspired to take their visit outside the main island of O’ahu and explore the offerings on neighbouring islands, such as Maui.

Furthermore, aware of Aussies’ love of sport, HTO also continued to promote key sporting events as well as professional sporting events, leading to a 44 per cent increase in visitors attending or participating in such an event.

Finally, with an increase in air seats and competitive pricing, the high competition on the route from both Sydney and Brisbane to Hawai’i, has also played a significant role in the increase of Australian visitors.

“Although there will be challenges ahead with the Australian dollar predicted to stay close to seventy US cents for the foreseeable future, we have been very fortunate to have strong support from our travel trade partners who remain as important as ever in assisting us to give travellers a compelling reason to visit Hawai‘i and in showing that Hawai‘i is a value-for-money destination,” Ms Anderson said.