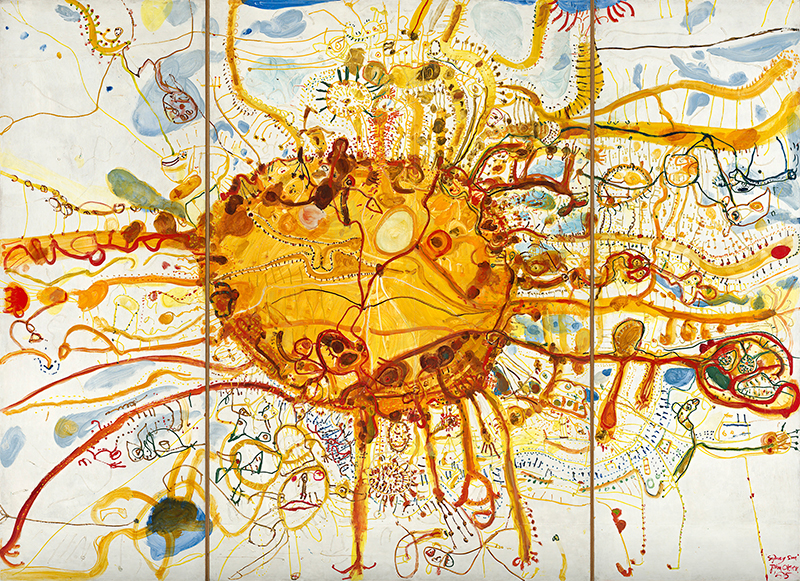 John Olsen is one of Australia’s great living artists and his career – which spans almost seven decades – is being celebrated with the most comprehensive exhibition of his work to date. John Olsen: The You Beaut Country will be on display at the Art Gallery of New South Wales from 10 March to 12 June 2017, following on from the successful launch of the exhibition at the National Gallery of Victoria in Melbourne. The exhibition will feature many of his iconic and arresting works, including large-scale paintings of Lake Eyre, the Simpson Desert, Sydney Harbour and his much-loved tree frogs. Highlights will include his Archibald Prize-winning Self-portrait: Janus faced, 2005, Sydney Sun 1965 and Drawing for the Bicycle Boys Rejoice 1954. The latest instalments of Olsen’s landscape series, The You Beaut Country, which began in 1960, will also be on show.