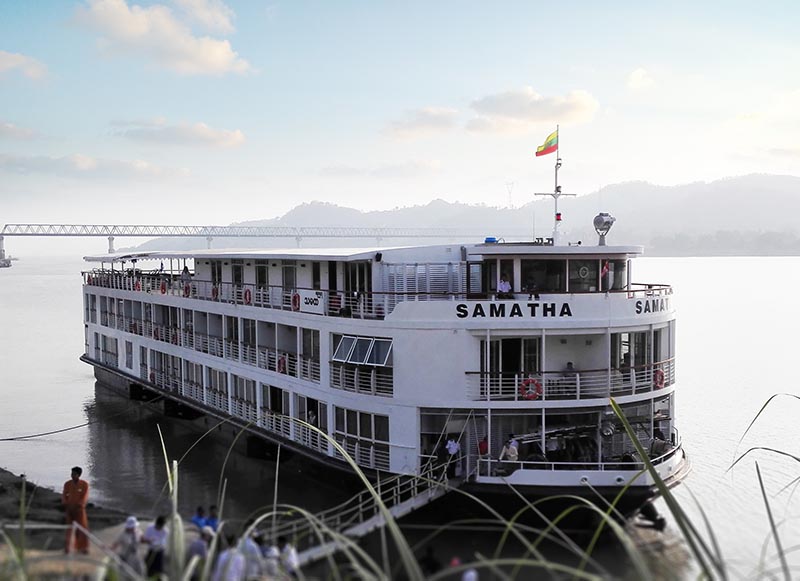 The APT Group, through its APT and Travelmarvel brands, has set sail with its new Myanmar vessels, RV Samatha and RV Princess Panhwar, on their maiden voyages from Yangon to Mandalay.

Having built a high reputable brand as trusted experts in river cruising and land touring across Asia, the expansion into the emerging tourist destination of Myanmar has been welcomed as a natural next step for both APT and Travelmarvel, with the two vessels demonstrating a long standing commitment of the operator to river cruising in Asia.

Under the luxury APT brand, RV Samatha offers 30 luxurious and well appointed suites, specifically positioned on the outside of the ship, with either a panoramic or twin balcony.

During its maiden voyage, guests have been indulging in gourmet meals specially created by chef and APT Asia ambassador Luke Nguyen, as well as enjoying the ship’s facilities such as the sundeck with swimming pool, day spa, air conditioned main lounge and bar, observation decks, and two restaurants.

On the land, guests explored the region on their included sightseeing, discovering markets and bazaars, villages, archaeological sites, pagodas, and more.

Public areas include an air-conditioned lounge area on the sun deck, a main restaurant, and a spa and massage facility, with all meals, sightseeing and complimentary beverages included.

Already proving to be highly popular, both operators are now almost sold out on their 2016 voyages, but guests wanting to travel this year can still book APT between September to December, and Travelmarvel for December departures. Both brands are now also taking bookings for 2017.