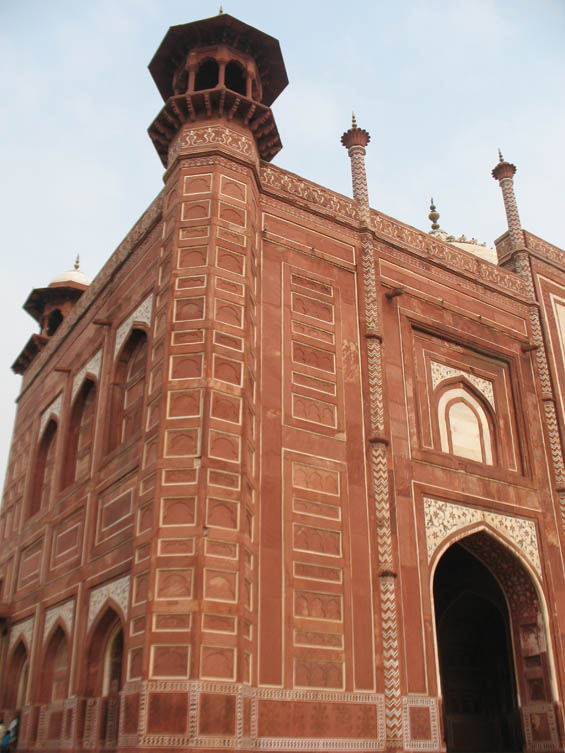 Christine Retschlag follows in the footsteps of royalty on a journey to three of northern India’s most fabled cities.

Perched atop an ambling elephant en route to Jaipur’s royal fort, I feel like a modern-day maharani. For a brief moment aboard this gentle giant, whose hips sway seductively like a Bollywood dancer, I am Retschlag of Rajasthan – rather fitting, given that I am tracing a royal route to Jaipur in India’s largest state, via Delhi and Agra: a “golden triangle” linking temples and palaces with dramatic stretches of wilderness and colourful cities.

For close to 100 years, Cox & Kings has been bringing travellers to this part of the globe. While they have several India experts on staff, one suspects that even this company – which led some of the first treks into the heart of the Himalayas – faces new surprises and adventures with every journey it makes through the subcontinent. 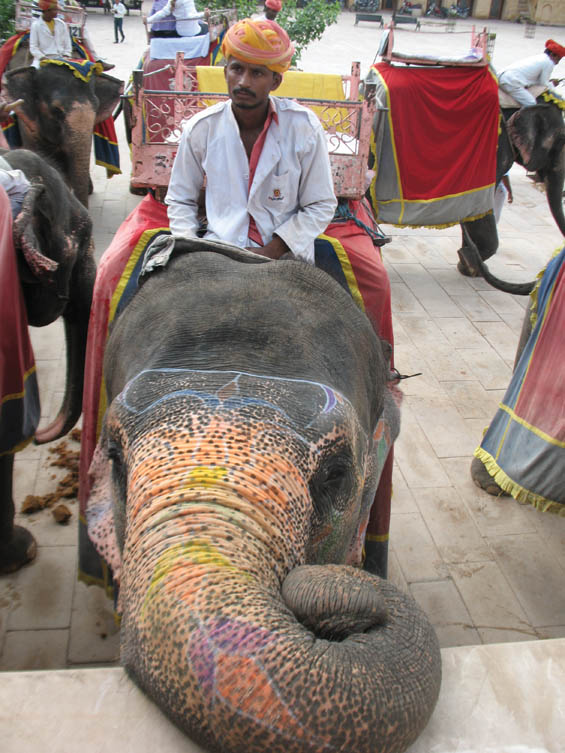 My trip with Cox & Kings begins in Delhi, the Indian capital and an unavoidable stop for most international travellers. As I disembark the plane, I’m expecting to face sensory overload. But I’m surprised by the swish airport terminal, given an upgrade in the lead-up to the 2010 Commonwealth Games last October. Everything is clean, pristine and efficient…for at least an hour.

The moment we depart the terminal, the cacophony of chaos, colour and character begins – and doesn’t end until I’m back here, on my way home to Australia.

Before I arrived in India, I was warned that locals believe you need just three things to be able to drive a car here: horns, brakes and good luck. For extra measure, you may wish to navigate the streets under the watch of a Hindu deity; there are countless numbers from which to choose, and many taxis plaster dozens of images of them over their vehicles. 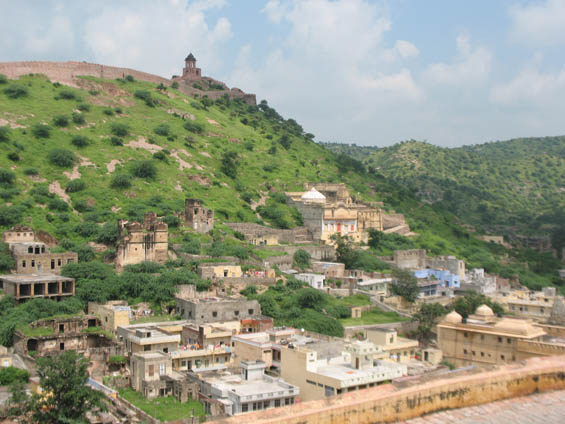 This is a land of seasoned, not to mention sardined, travellers; a land in which babies slouch groggily between their parents on motorbikes; where tuk-tuks are so laden with people they look like they’re entering Guinness World Records challenges; where buses heave with humanity.

There are patches of quiet at places such as Gandhi’s grave – vast green grounds speared with an eternal flame. A memorial tells me of an assassination attempt on the one-time Indian ruler 10 days before his death.

A chaotic contrast lies in Old Delhi, one of the most densely populated patches of earth in the world. Jewellers sit cross-legged in front of their tiny shops, which line cramped alleyways overhung with a tangle of electrical wires. Rickshaws packed with schoolchildren swerve to avoid rickety bicycles carrying inconceivable objects: a wardrobe, a huge block of slowly melting ice. 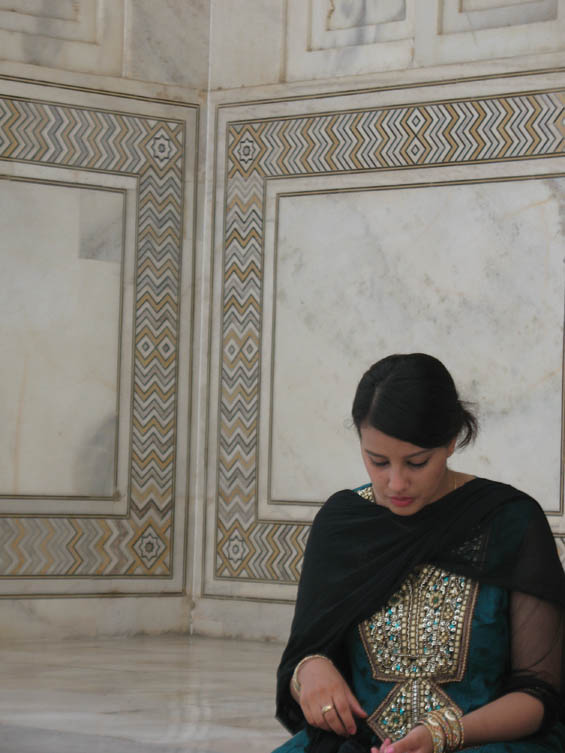 It’s an arresting sight. But it’s along the Grand Trunk Road – some 200 kilometres between Delhi and Agra, the Mughal capital from 1526 to 1658 – that India truly reveals itself.

This old trade route is part of one of India’s first highways, built in the 17th century to connect Calcutta to Pakistan. The countryside is endless fields of maize and rice punctuated by the odd cow or truck or worker in a flaming-pink sari. Roadside stalls sell fragrant green limes and tubs of bananas.

Agra is home to around 1.6-million people, and I feel the full force of them arriving in the riverside city. Tourists come to Agra for one reason: the Taj Mahal. And this mammoth monument of love does not disappoint. The mausoleum of Mughal king Shah Jahan’s favourite wife, Mumtaz Mahal, the white-marble building is one of three UNESCO World Heritage sites in Agra. The king built the monument so that it appears to float above the ground, its arches and domes changing colour with every passing minute of the day.

Other dramatic sites in the city include Agra Fort, another World Heritage site and the most important of its kind in India, and Fatehpur Sikri, a dramatic, crumbling redstone city along the road to Jaipur. The Mughal capital from 1571 to 1585, the site is a motley collection of architectural styles: Mughal, of course, as well as Indian, Persian and Islamic. It took 15 years to build but was abandoned after 14; today the site (also on the UNESCO World Heritage list) is a popular, if eerie tourist stop.

My final destination, Jaipur, is also known as the Pink City for the fact that many buildings were painted pink in 1876 to welcome visiting British royals. The capital of Rajasthan, Jaipur sits in semi-arid land backed by the Aravalli Range, one of the oldest mountain ranges in the world.

As the landscape becomes more hostile, the saris become more colourful, and Jaipur is awash with dazzling hues and jangling jewellery. It’s here I take the advice of a guide – I stand still for a moment and let India revolve around me.

Jaipur’s Amber Fort is arguably one of India’s finest and was ruled by the same family for 14 generations. They enjoyed 740 years of peace due to their ability to barter with the caravans of camel traders who would emerge from the deserts that surround the city.

On the way to the fort, I’m given the opportunity to channel my inner empress. As my elephant ambles toward the beautiful building on a hilltop overlooking Maota Lake, I begin to understand why this part of the world is known as golden.

getting there
Air Asia X operates flights from Melbourne, Perth and the Gold Coast to Delhi via Kuala Lumpur. 1300-760-330; airasia.com

getting around
Cox & Kings’ nine-day “Indian Experience” tour takes in sights around the subcontinent’s “golden triangle” of Delhi, Agra and Jaipur. 1300-836-764; coxandkings.com.au

when to go
Northern India experiences extreme climatic conditions. Avoid the summer months (June through September), which tend to be humid and sweltering; instead, visit between October and March.

where to stay
India is home to some of the most luxurious hotels in the world and Oberoi Hotels & Resorts lays claim to three of the finest in Delhi, Agra and Jaipur.
1800-554-176; oberoihotels.com

further information
For information on everything from visas to upcoming festivals, visit the India Tourism website. incredibleindia.org