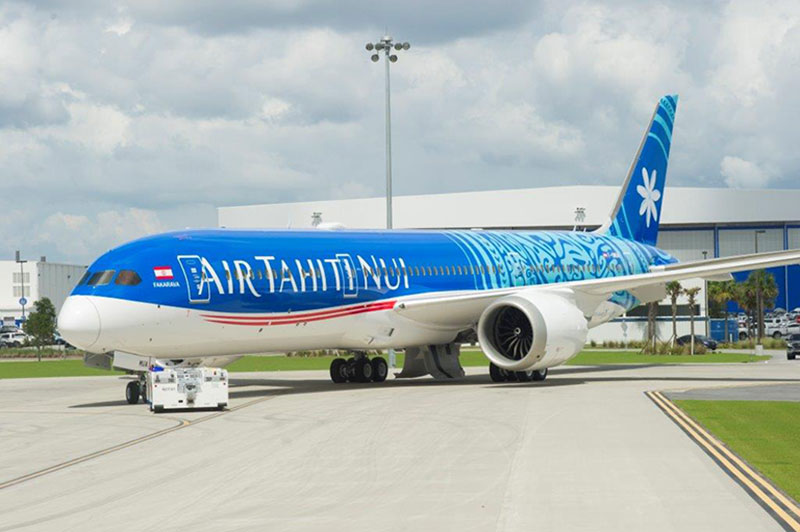 Air Tahiti Nui has recently made a much welcome addition to its fleet with its first-ever Tahitian Dreamliner. The plane has been named Fakarava after the stunning atoll that decorates Polynesia’s Tuamotu Islands. Fresh from Boeing’s paint shop, located at North Charleston in South Carolina, the striking blue colour of the plane evokes picturesque Tahitian lagoons while the plane has been registered with the letters MUA, meaning ‘move forward’ in Tahitian. 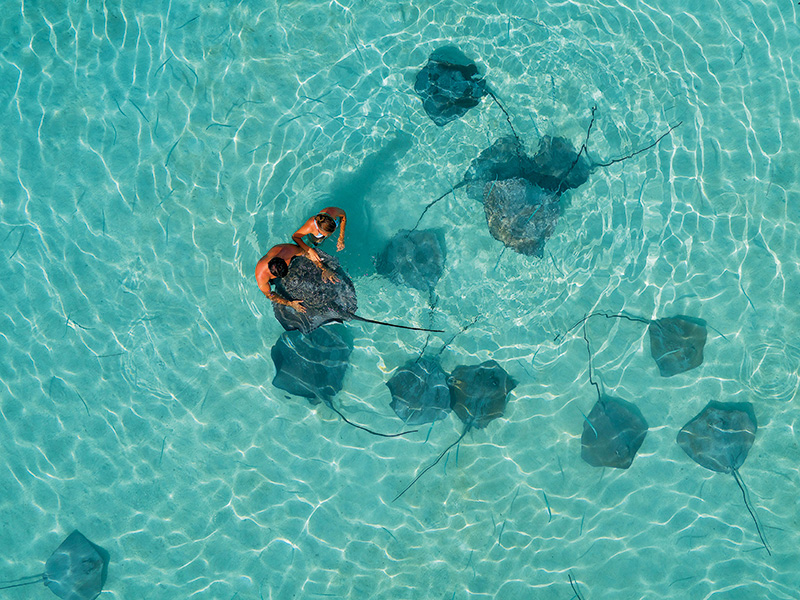 50 shades of blue
The new aircraft will commence service on November 8 with the Auckland to Papeete route being the maiden voyage. Australians and New Zealanders will be amongst the first to enjoy flying in the bright blue aircraft. 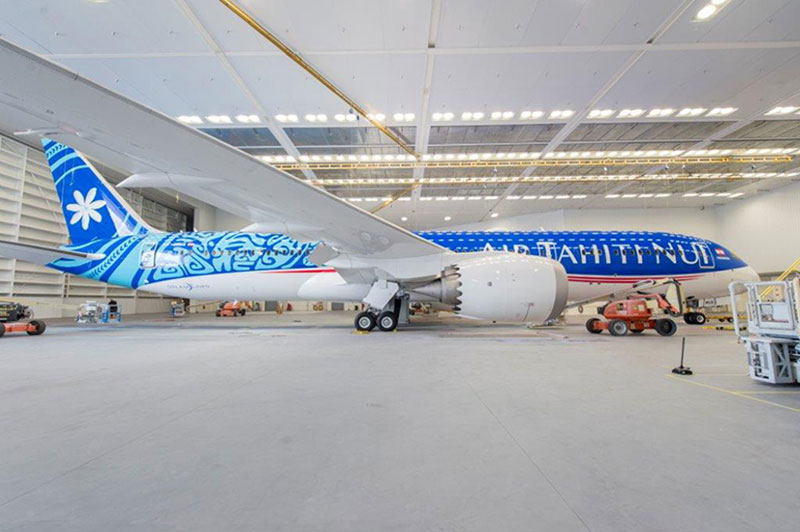 Plane speaking
The new aircraft marks the beginning of Air Tahiti Nui’s 20th-anniversary celebrations. The celebrations will continue with a phase-out of their current Airbus A340-300 fleet which will be replaced with four 7787-9 Dreamliners in the next year. 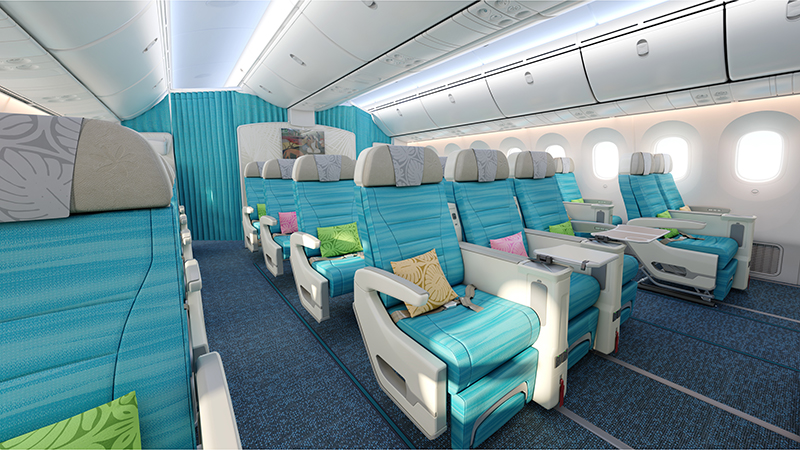 Blue-green hues
The fleet will reflect the beauty and richness of the Polynesian Islands by continuing to incorporate cultural designs and colours. The livery features Air Tahiti Nui’s signature tiare flower, a  traditional tattoo pattern that represents the story of Tahiti and its people. The blue hues of the aircraft proudly uphold the colours of the islands with the cabins evoking the fresh, warm and intense land of Polynesia. 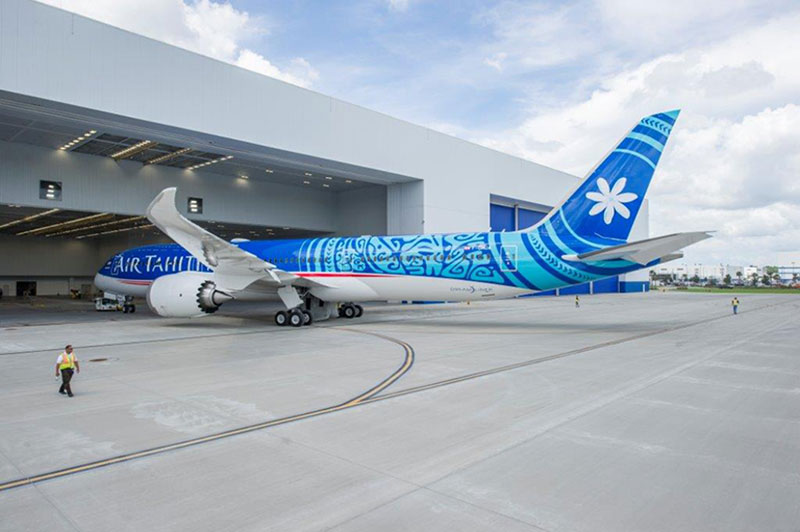 New Nui
Air Tahiti Nui will continue to embrace its heritage and current culture with the registrations codes of the four Dreamliners set to spell out ‘the warrior (TOA) going forward (MUA) in the great (NUI) canoe (VAA).  The fleet is set to be completed by September 2019.

Air Tahiti Nui offers daily stop over free services to Tahiti from Paris and Los Angeles as well as Auckland and Tokyo. Along with codeshare partners, Air Tahiti Nui also links to more than 39 other cities including Sydney, New York and Marseilles. airtahitinui.com