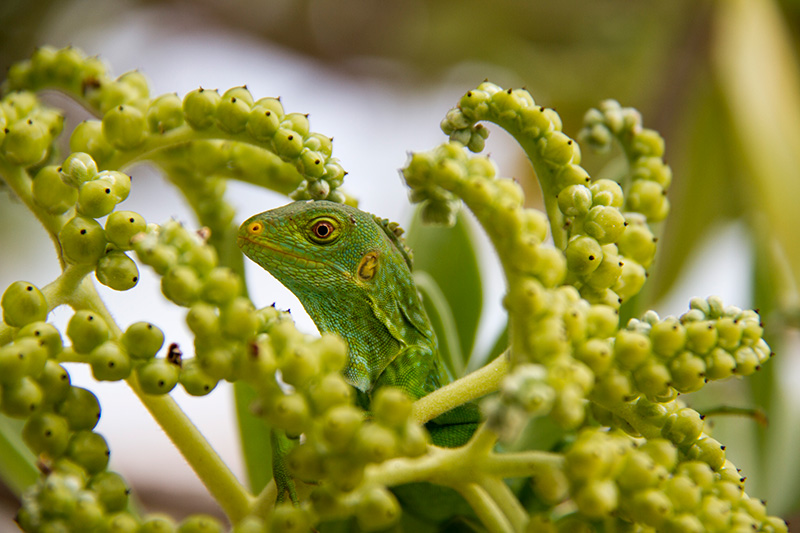 Ahura Resorts will welcome the arrival of a research specialist to Malolo Island, who will carry out an analytical three-month survey of the island’s rare and endangered iguana population.

Based at Likuliku Lagoon Resort, Adam Clause from the University of Georgia in USA, will conduct the research project, which will include surveying, DNA testing, electronic tagging and the release of iguanas, along with a detailed analysis of the tropical dry forest areas that are classified as one of the most endangered ecosystems on the planet.

The surveys will estimate the population size of the Fijian crested iguana and their distribution across the Ahura resort leases and surrounds.

Mr. Clause will train Ahura Resorts’ staff as their support, understanding and engagement is vital to the future of the program, as well as develop a tropical dry forest restoration plan for Ahura Resorts.

Ahura Resorts group general manager Steve Anstey comments: “As a resort company operating in a pristine, sensitive environment such as ours, we fully recognize the importance of sustainable tourism and believe that development in such areas carries both a legal and moral responsibility to ensure our environment is not degraded through irresponsible activities and practices.”

“Our aim is to not only minimize our impact on the extraordinary nature that surrounds us but also, through a range of activities, programs and initiatives, to improve and enhance the environment for challenged species and future generations. The significant work we have done to date with the iguanas and now the launch of Adam’s research project demonstrates our serious commitment.” 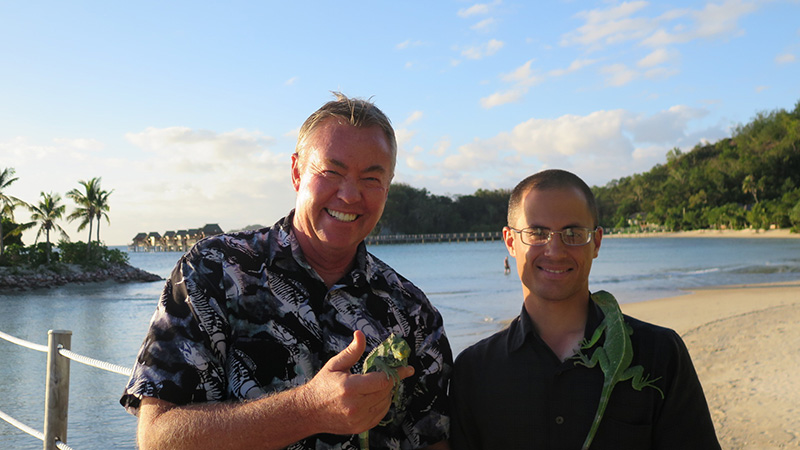 The Journey – A Disappearing Species – The Discovery – The Sanctuary

The Malolo Island Iguanas were considered extinct until 2010 when an injured one was discovered at Likuliku Lagoon Resort.

It was sent to Kula Park on the main island for care but unfortunately died shortly after arrival. The curator of Kula Park advised visiting researchers Robert Fisher of the US Geological Survey and Peter Harlow of Taronga Zoo of the find and they took the iguana to Suva where it is now a part of the University of South Pacific vertebrate collection. A tissue sample was taken and sent to San Diego Zoo for DNA analysis. There was bittersweet excitement when six weeks later the results indicated it was a species thought to be extinct.

Despite these rare, ad-hoc finds that clearly indicate a small iguana presence in the area, the early surveys undertaken to find more, failed to produce sightings in their natural habitat.

Working closely with researchers from the US Geological Survey, Taronga Zoo and San Diego Zoo Global, immediate steps were taken by Ahura Resorts to identify the major threats that may be affecting the iguana population.  The first item on the agenda was to control the feral cat and rat populations and secondly to introduce an ongoing tropical dry forest reforestation program on the resort leases.

In June 2015, three years after these programs were implemented, a survey of the tropical dry forest areas revealed six new iguanas. Much to everyone’s excitement, it appears that the programs have made a positive impact. Two of the six iguanas were captured, DNA samples taken and then tagged and released back into their natural habitat. It is hoped that the next survey will show continued success of the programs and a further increase in the iguana population.

The preservation of the iguanas and the tropical dry forest vegetation on Likuliku Lagoon Resort and Malolo Resort leases is an ongoing environmental initiative of Ahura Resorts in partnership with US Geological Survey, Taronga Zoo, San Diego Zoo Global and the Mamanuca Environmental Society.